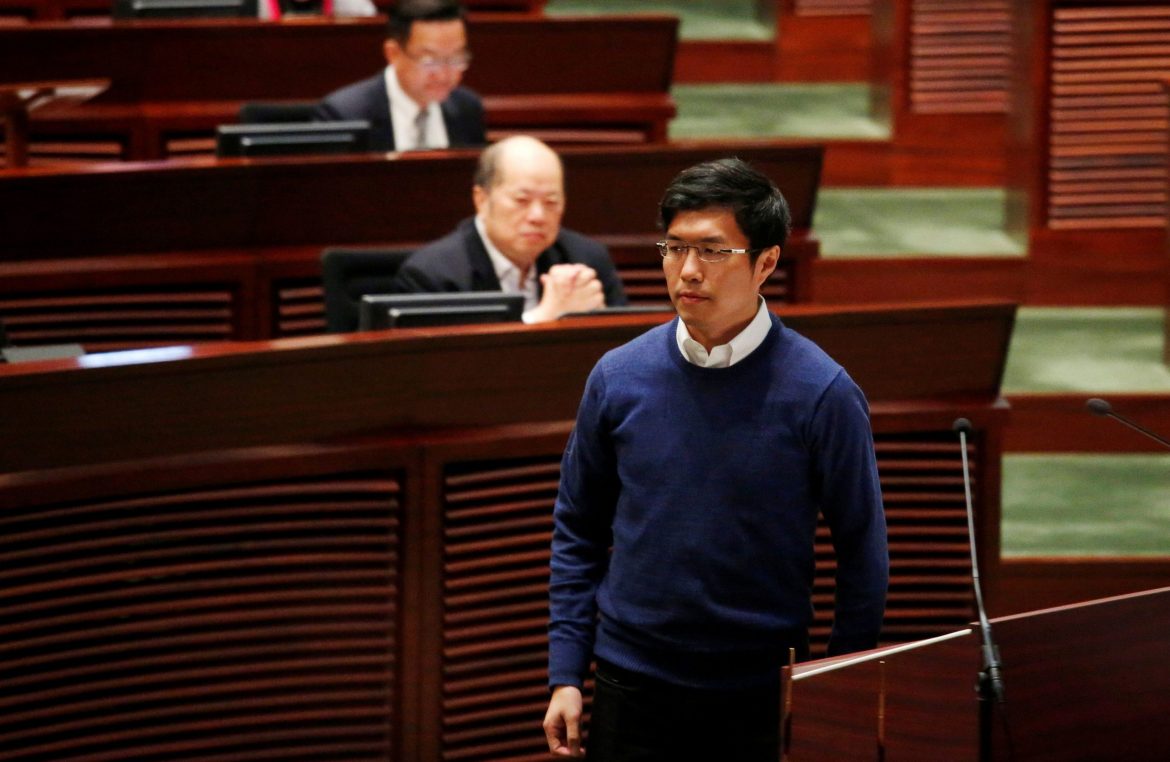 A younger, more defiant generation of Hong Kong democrats has secured the most votes in unofficial primary elections in the Chinese-ruled city, setting the stage for a battle with pro-Beijing politicians for control of the city’s legislature.

The success of young contenders in the primaries organized by the pro-democracy camp on the weekend to pick candidates for a Sept. 6 election for a 70-seat city assembly comes amid widespread resentment of a national security law that Beijing imposed last month.

Beijing denounced the vote as illegal and warned it may have violated the new security law, which has raised fears for the freedoms that have underpinned Hong Kong’s open society and success as a financial hub.

Prominent pro-democracy activist Joshua Wong won in his district, but he has been disqualified from previous elections and could face similar hurdles this time.

Wong warned against any sweeping disqualification of candidates when he held a news conference with 15 other young politicians who won in their districts.

“If the government cracks down on us and disqualifies all the candidates who joined the primaries, it will cause more outrage in the international community and encourage more people to vote for the pro-democratic camp in September,” Wong said.

The 16 – all but one under 30 and dressed in black T-shirts – are part of a so-called localist or resistance camp, which outshone the cohort of traditional democrats, which had secured 12 candidate slots as of Wednesday afternoon.

Full results are expected later in the day.

The localists – a term for those who do not see themselves as Chinese and focus on saving the former British colony’s freedoms – tend to be more assertive than traditional democrats.

The localists talk of resistance and saving democracy but they do not all have the same vision for Hong Kong’s future. Some dream of independence – anathema for Beijing – but do not speak of it openly, which would see them fall foul of the new security law and face up to life in prison.

“Localism has become the mainstream,” said localist candidate Henry Wong. “We will resist against the tyranny.”

The new security law punishes what Beijing broadly defines as secession, subversion, terrorism and collusion with foreign forces with up to life in prison and sees Chinese intelligence agents operating officially in the city for the first time.

Critics fear it will crush wide-ranging freedoms promised to Hong Kong when it returned to Chinese rule in 1997, while supporters say it will bring stability after a year of often violent anti-government protests.

The law has already had a chilling effect on many aspects of life.

Earlier on Wednesday, former democracy lawmaker Au Nok-hin said he was pulling out as an organizer of the weekend vote amid accusations from Beijing that it was illegal.

A spokesman for Beijing’s top office in the city, the Hong Kong Liaison Office, said the pro-democracy camp’s bid for a legislative majority was an attempt to carry out a “color revolution”, referring to uprisings in other parts of the world.

In comments that critics said were aimed at instilling fear, the Liaison Office as well as Chinese government’s Hong Kong and Macau Affairs Office and the city’s leader, Carrie Lam, have all said the primaries could violate the national security law.

Benny Tai, another organizer of the pro-democracy polls, was defiant.

“For those who do not recognize democracy, or do not agree with democratic values, it is difficult to understand the meaning of the primary election,” Tai said.

Hong Kong police on Wednesday arrested the vice chairman of the city’s Democratic Party, Lo Kin-hei, on charges of unlawful assembly related to a protest in November.

The political tension in Hong Kong has alarmed the business community while the new law has raised concern in countries that support the “one country, two systems” formula of government meant to safeguard its freedoms.

On Tuesday, U.S. President Donald Trump ordered an end to Hong Kong’s special status under U.S. law to punish China for what he called “oppressive actions” against the city.

China said it would impose retaliatory sanctions on U.S. individuals and entities after Trump signed a law penalizing banks doing business with Chinese officials who implement the new law.

In another blow to the city’s standing, the New York Times said it would shift part of its Hong Kong office to Seoul, as worries grow that the security law will curb media and other freedoms.