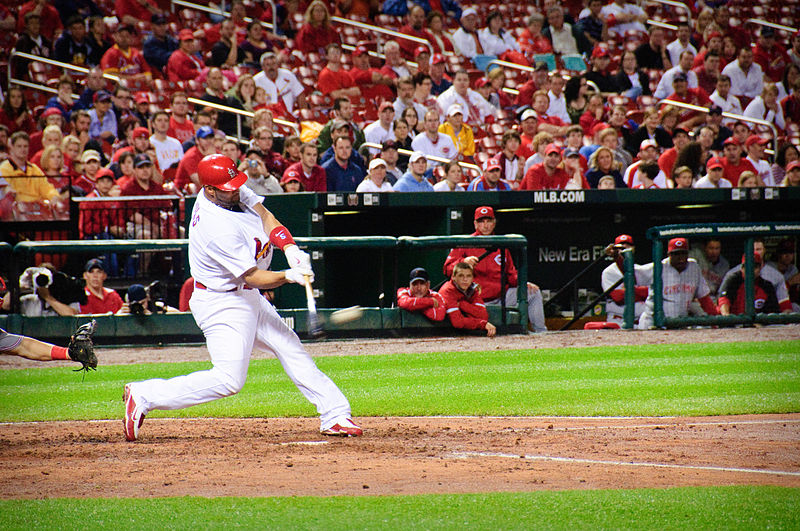 As it turns out, MLB future Hall of Fame first baseman Albert Pujols will not need to travel far to his next destination.  The 41-year-old veteran was released by the Los Angeles Angels last week after a decade with the team.  Over the weekend, Pujols and the Angels’ crosstown rival Los Angeles Dodgers agreed to a contract.  Pujols officially signed his contract papers  Monday.

For Pujols, this deal offers an excellent opportunity for him to get the most out of the final stage of his brilliant career.  He joins the defending world champions.  The Dodgers are a team that has a good mix of both young and experienced talent.  His role on the team will be limited but could be vital – he will provide veteran leadership and maturity in the clubhouse, and will also serve as a potentially dangerous pinch-hitting option.  Pujols does not have the mobility or fielding prowess he did as a younger man, but he still provides a powerful bat and could be an offensive threat in a close game.

Pujols sits fifth on the all-time homerun list at 667, still 23 behind the fourth place leader, Alex Rodriguez.  The nature of his role on the Dodgers will likely prevent him from passing Rodriguez and reaching the coveted 700 mark (a feat accomplished by only three players in MLB history – Babe Ruth, Henry Aaron, and Barry Bonds), but it would be no surprise to witness a few more dramatic moments in the stellar career of one of the greatest to ever play the game.