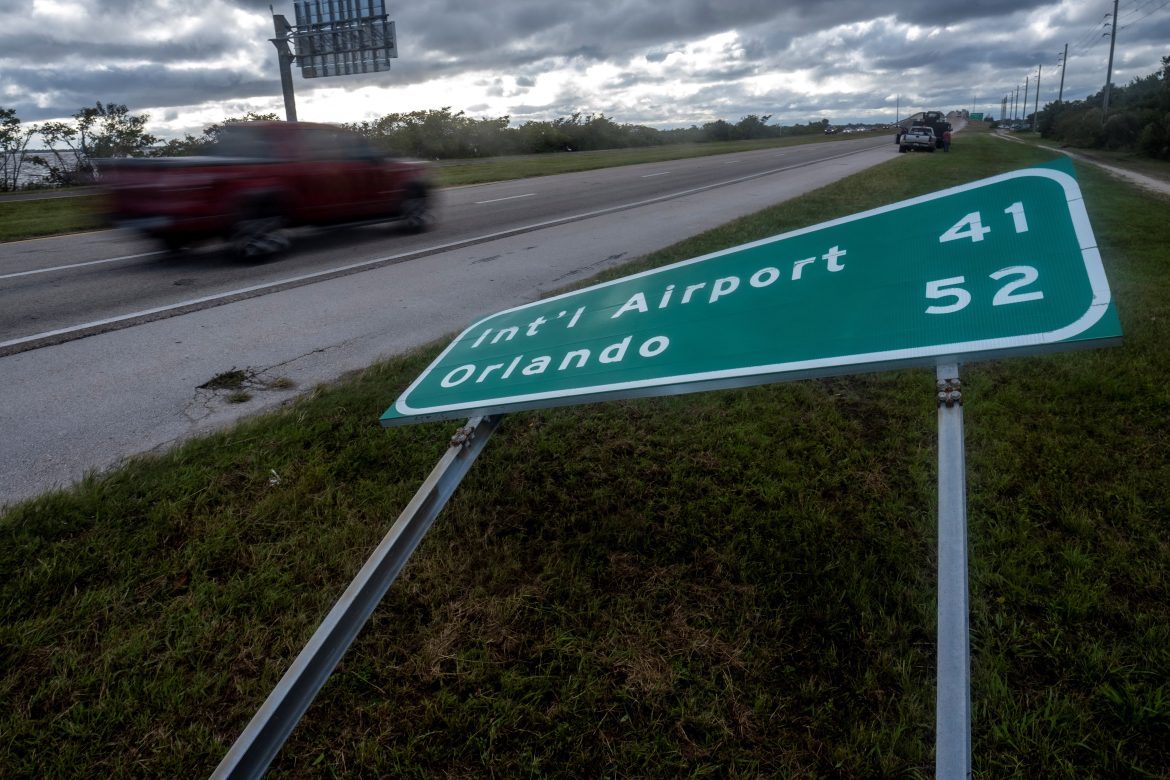 The soaking remains of Hurricane Nicole brought heavy rains to Georgia and the Carolinas on Friday after leaving a trail of destroyed and teetering beachside homes and damaged hotels and condos along Florida’s Atlantic coast and killing at least four people.

In Volusia County, local officials evacuated 24 beachside hotels and condos after the structures were deemed unsafe late on Thursday, hours after the storm slammed ashore as a Category 1 hurricane.

In Wilbur-by-the-Sea, an upscale beachfront community just south of Daytona Beach, about a half-dozen homes crumbled into the sea while another 25 single-family homes were declared structurally unsafe and evacuated, officials said.

“The structural damage along our coastline is unprecedented,” Volusia County Manager George Recktenwald said in a statement. “This is going to be a long road to recovery.”

The beaches in the community of about 30,000 people were littered with piles of concrete, wood, and rebar, the remnants of large homes with picturesque views of the ocean. Residents surveyed the ruins in disbelief.

Two people were electrocuted in the storm’s aftermath in Orange County and two other people died in a car crash on the Florida Turnpike during the storm, the Orlando Sentinel reported, citing the state Highway Patrol.

In Wilbur-by-the-Sea, most of two vacation homes that Krista Goodrich manages collapsed into the Atlantic Ocean.

“I opened the front door and the rest of the house is just gone into the sea,” said Goodrich, 44, adding that it was like the “hand of God” took the home. She said she cried for a half-hour before calling the owners of that house.

“It’s very emotional, the owners are my friends,” Goodrich said. “I stood there and watched the waves pummeling what was left.”

She said that Hurricane Ian, which hit in September, took down a seawall and 30 feet of that home’s backyard. “Nicole took the rest and the house.”

Engineers said many of the damaged or destroyed buildings dated to the 1950s, decades before more stringent hurricane-proofing building codes took effect. They added that shallow foundations and relatively low seawalls were no match for a storm surge that coincided with high tide.

“If you built your house or hotel 50 years ago, there’s no way to make the owners retrofit them,” said Sinisa Kolar, a Miami-based structural engineer with the Falcon Group.

“There’s a lot of improper designs that have done OK over the years, but they finally met their match,” he said.

Nicole’s storm surge also caused the collapse of parts of the scenic A1A highway, which runs along the Atlantic coast in Volusia County, officials said.

As cleanup efforts began in Florida, Nicole moved north across central and northern Georgia on Friday after being downgraded to a tropical depression. It was still producing heavy rains and wind gusts of more than 35 mph. It was expected to weaken into a post-tropical cyclone as it arrives in the western Carolinas later in the day.

The storm will further dissipate on Saturday as it dumps rain on the Middle Atlantic states and New England, the National Hurricane Center said.

Portions of the Southeast, the Appalachians, Tennessee, Kentucky, and Ohio may get as much as 8 inches of rain that could cause isolated flooding. The northern Mid-Atlantic up into New England may get 3 inches of rain, forecasters said.

Nicole is unusual in how late in the season it has arrived. It is only the second hurricane to ever make landfall in the continental United States after Nov. 4. Hurricane Kate came ashore near Mexico Beach, Florida, on Nov. 21, 1985. The Atlantic hurricane season officially runs from June 1 to Nov. 30.

Volusia County was among several East Coast areas hard hit six weeks ago by Hurricane Ian, a catastrophic Category 4 storm that initially struck Florida’s Gulf Coast, then swept across the state to the Atlantic, causing some $60 billion in damage and killing more than 140 people.

Peter Petrovsky, a Los Angeles-based structural engineer and building code expert who has worked on beachfront properties across the nation, said people affected by Nicole, especially wealthier residents, would be tempted to rebuild on the beachfront.

“But that doesn’t mean it’s smart,” he said. “The ocean always wins.”

Money rolling in as Walker, Warnock head to Senate runoff in Georgia