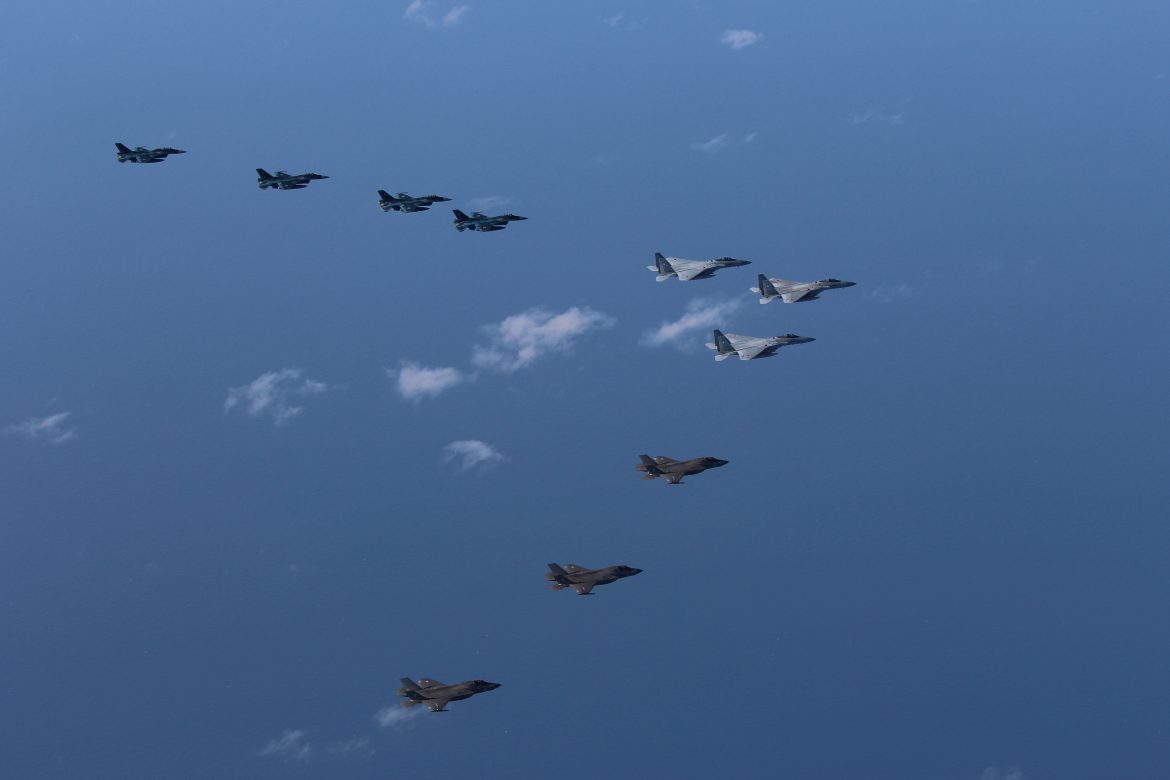 Thursday, the militaries of the United States and Japan, with indifference to protestations from China and saber-rattling from the communist dictatorship of North Korea, began a regularly-scheduled massive joint exercise in the Indo-Pacific.

Dubbed Keen Sword, the operation is a regular joint training between the world powers and happens every two years.

“Exercises like Keen Sword provide the JSDF [Japan Self-Defense Forces] and U.S. military opportunities to train together across a variety of mission areas in realistic scenarios to enhance readiness, interoperability, and build credible deterrence,” U.S. Forces Japan said in a statement. “Keen Sword is a key opportunity to foster ever closer cooperation between the United States and Japan and reinforce their strong alliance and shared values.”

This year’s edition, however, has taken on new significance with China issuing a nonstop series of threats to the United States over numerous geopolitical matters and North Korea firing dozens of ballistic missiles over the course of the last several months in response to the alliance among the U.S., Japan, and South Korea.

North Korea has already sent one missile over Japan and, most recently, fired a missile that landed in the open waters between Japan and the Korean Peninsula.

The training also coincides with visits by President Joe Biden and other top U.S. officials to the Indo-Pacific region. Biden is slated to meet with the prime ministers of both Japan and South Korea in the coming days.

According to White House Press Secretary Karine Jean-Pierre, the substance of these meetings will be to address “the continuing nuclear and missile threats posed by [North Korea], as well as growing alignment among our countries in promoting peace and stability in the Indo-Pacific region.”

Beginning Sunday, Assistant Secretary of State for Economic and Business Affairs Ramin Toloui will also be in Japan, the State Department says, to “discuss bilateral economic cooperation, including supply chain issues and semiconductors with his Japanese government counterparts and private sector partners.”

According to a report from Japan Times, Keen Sword will last until Nov. 19 and involve 26,000 personnel from numerous branches of the Japanese military and about 10,000 U.S. soldiers. A combined 30 Japanese and American vessels and several hundred aircraft will participate as will four ships and two airplanes from Australia, Canada, and Great Britain.

The bulk of operations will occur in Japan’s southernmost islands and serve as a means of improving military capabilities in a part of Japan that is of immense strategic importance given China’s increased military activity.