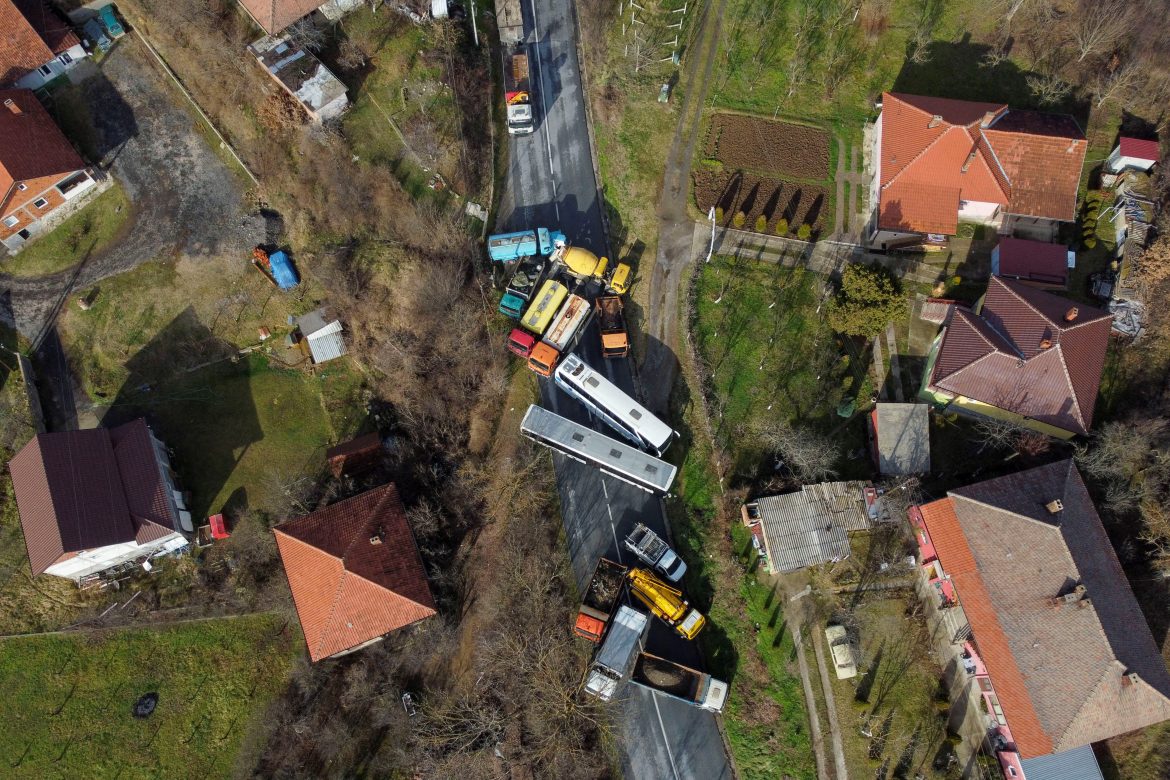 The United States, NATO, and European Union urged maximum restraint in the north of Kosovo, as authorities closed a third border crossing on Wednesday and tensions escalated with local Serbs over its 2008 independence.

For over 20 years, Kosovo has been a source of tension between the West, which backed its independence, and Russia, which supports Serbia in its efforts to block Kosovo’s membership of international organizations including the United Nations.

“We call on everyone to exercise maximum restraint, to take immediate action to unconditionally de-escalate the situation, and to refrain from provocations, threats or intimidation,” the EU and United States said in a joint statement.

NATO’s mission in Kosovo, KFOR, said it supported dialogue between all parties to defuse tensions, which have included Serb roadblocks on major arteries by trucks and other heavy-duty vehicles and violent clashes with police.

Serbia put its army on its highest alert on Monday.

The Kremlin, for its part, denied Kosovan claims that Russia was influencing Serbia to destabilize Kosovo, saying that Serbia was defending the rights of ethnic Serbs.

A former Kosovo Serb policeman, whose arrest triggered violent protests by Kosovo’s Serb minority, was released from custody and put under house arrest after a request from the prosecutors’ office, a spokesperson for the Pristina Basic Court told Reuters.

Dejan Pantic was arrested on Dec. 10 for assaulting a serving police officer, since when Serbs in northern Kosovo have exchanged fire with police and erected more than 10 roadblocks, demanding his release.

“I don’t know how to understand it and how it is possible that someone who is accused of such a serious crime related to terrorism goes to house arrest,” Haxhiu said.

“I am very curious to see who is the prosecutor who makes this request, who is the judge of preliminary procedure that approves it,” Kurti said.

Pantic was one of many Serbs who left the police and other institutions after Pristina said it would enforce a law requiring Serbs to scrap Serbian-issued car license plates dating back to before the 1998-99 guerrilla uprising that led to Kosovo’s independence.

Following Pantic’s release, Serbian President Aleksandar Vucic has urged ethnic Serbs in Kosovo to end protests against the Pristina government, reassuring them that they would be immune from prosecution, a Serbian official said on Wednesday.

Petar Petkovic, head of the Serbian government office for Kosovo said that Vucic and Serbs from north of Kosovo will meet later on Wednesday and announce if the barricades will be removed.

Serbs in northern Kosovo, which they believe to be still part of Serbia, resist any moves they see as anti-Serb.

Two border crossings between Serbia and Kosovo were closed on Dec. 10 and a third one, the biggest one for road freight, Merdare, was closed to traffic on Wednesday, disrupting journeys of Kosovars working elsewhere in Europe from returning home for the holidays.

Around 50,000 Serbs living in northern Kosovo refuse to recognize the government in Pristina or the status of Kosovo as a separate country. They have the support of many Serbs in Serbia and its government.

Albanian-majority Kosovo declared independence with the backing of the West, following a 1998-99 war in which NATO intervened to protect ethnic Albanian citizens.