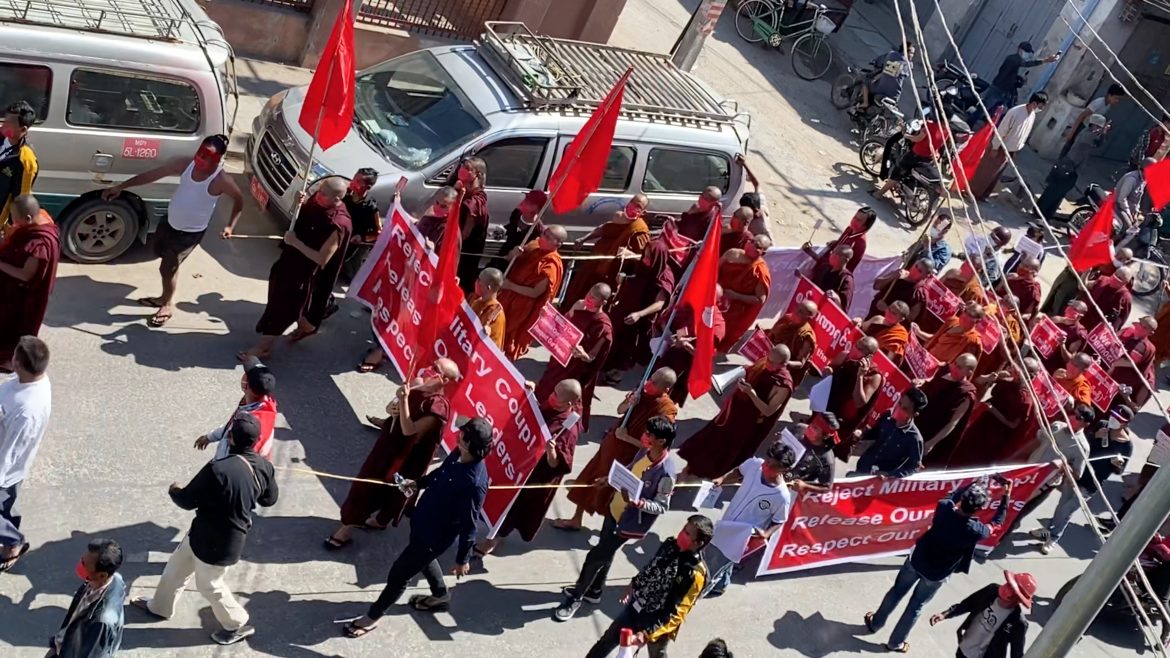 In a press conference, Biden called on the military to “relinquish power it seized and demonstrate respect for the will of the people of Burma, as expressed in their November 8th election.” He also announced that he would freeze access “to the one billion dollars in Burmese government funds held in the United States” since the leaders in place do not have rights to this money.  The US imposed sanctions will be aimed directly at the military leaders, their businesses, and their family members. The exact specifications of these sanctions are said to be further detailed later in the week.

This announcement comes as the people of Myanmar took to the streets for the fifth day in a row to protest the coup. According to reports, tens of thousands of protesters flooded the streets of Yangon and Mandalay, which are the countries largest cities. There have been similar demonstrations across the country, with a high turn out of the younger generation who voted en masse for Aung San Suu Kyi’s party that promoted democracy. Many civil servants, including police officers, have also marched with the protesters in a sign of solidarity.

Video taken from bridge near Sule Pagoda – the epicentre of protests in downtown Yangon today calling for an end to military rule and release of Aung San Suu Kyi – shows tens of thousands marching east along Mahabandoola Road and around the pagoda. #WhatsHappeningInMyanmar pic.twitter.com/nay0tFM0Y7

These protests have been met with steadily increasing violence from military forces including water cannons, rubber bullets, and live rounds. While there have been no reported deaths, a twenty year old female is currently in critical condition after suffering a head injury from a live round during one of the protests.

As reported by Reuters, the United Nations main human rights body is set to consider a resolution on Friday, drafted by Britain and the European Union, that would condemn the military coup in Myanmar and demand urgent access to the country. It appears that China and Russian UN delegates plan to oppose any UN sanctions as both countries have strong ties to the Myanmar military.