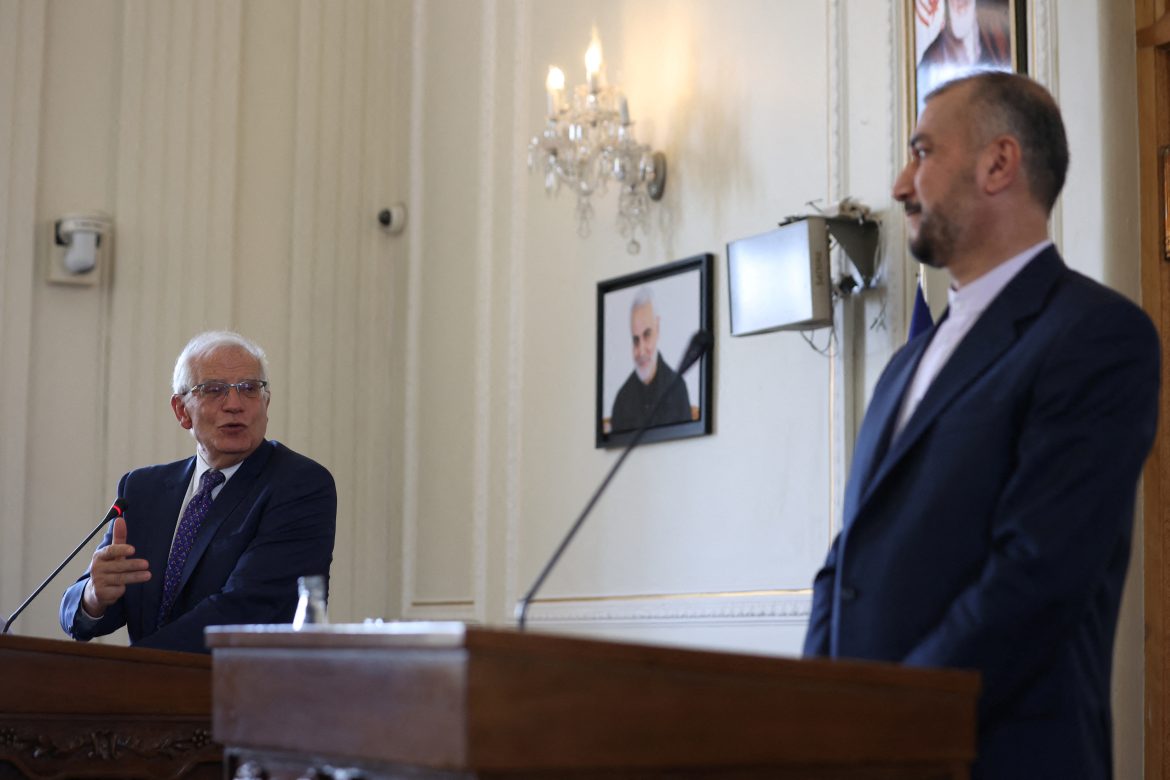 Iran’s indirect talks with the United States on reviving the 2015 nuclear pact will resume soon, the Iranian foreign minister said on Saturday amid a push by the European Union’s top diplomat to break a months-long impasse in the negotiations.

“We are prepared to resume talks in the coming days. What is important for Iran is to fully receive the economic benefits of the 2015 accord,” Foreign Minister Hossein Amirabdollahian said, adding that he had held a “long but positive meeting” with EU foreign policy chief Josep Borrell.

The pact appeared close to being revived in March when the EU – which is coordinating negotiations – invited foreign ministers representing the accord’s parties to Vienna to finalize an agreement after 11 months of indirect talks between Tehran and President Joe Biden’s administration.

But the talks have since been bogged down, chiefly over Tehran’s insistence that Washington remove the Islamic Revolutionary Guard Corps (IRGC), its elite security force, from the U.S. Foreign Terrorist Organization list.

“We are expected to resume talks in the coming days and break the impasse. It has been three months and we need to accelerate the work. I am very happy about the decision that has been made in Tehran and Washington,” Borrell told a televised news conference in Tehran.

Two officials, one Iranian and one European, told Reuters ahead of Borrell’s trip that “two issues including one on sanctions remained to be resolved”, comments that Iran’s Foreign Ministry has neither confirmed nor denied.

“We agreed on resumption of negotiations between Iran and US in the coming days, facilitated by my team, to solve the last outstanding issues,” Borrell tweeted, without specifying the venue.

In 2018, then-U.S. President Donald pulled out of the deal, under which Iran agreed to curbs on its nuclear program in return for relief from economic sanctions.

The U.S. withdrawal and its re-imposition of crippling sanctions prompted Iran to begin violating its core nuclear limits about a year later.

Western powers fear Iran is getting closer to being able to produce a nuclear bomb if it decided to, though Iran says its intentions are entirely peaceful.