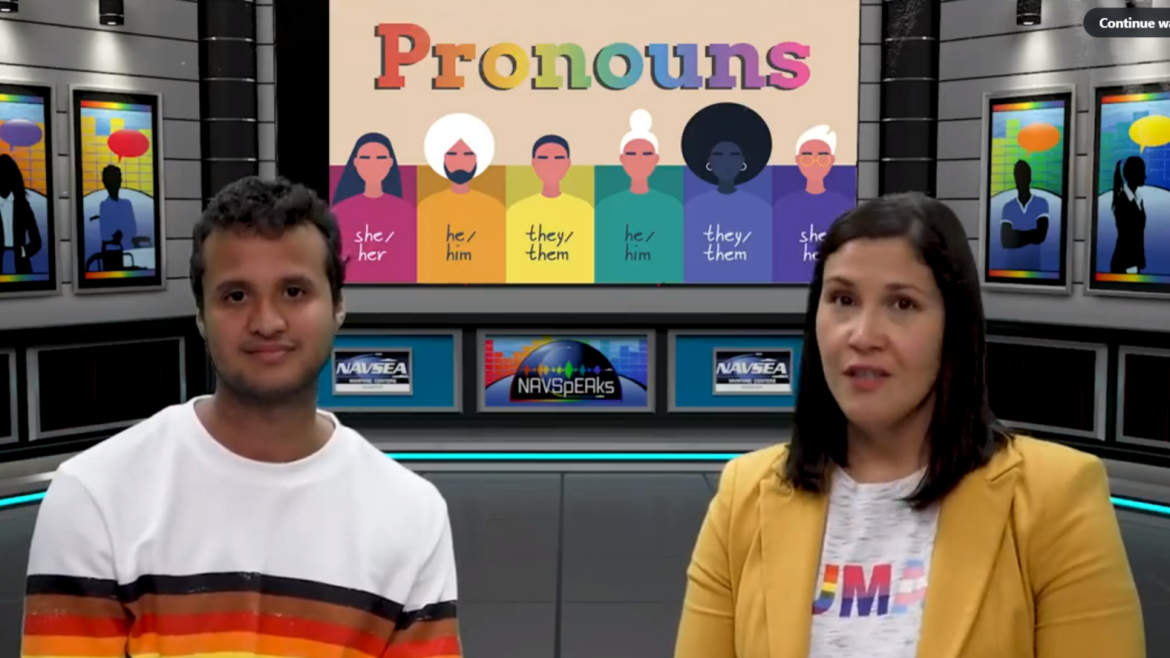 As “Pride Month” comes to an end, a new controversy has come to light after footage of pronoun training reportedly intended for members of the US Navy began to circulate.

The training video has been blasted by many for both its content and elementary style, saying it leaves our allies, and undoubtedly our enemies, asking whether or not the United States is as ready as it one was to defend itself and others on the world stage.

The training video, which was originally posted as early as last year, consists of three minutes of banter between two individuals discussing suggestions relating to gender identity that closely mimic views held by the far-left. The two individuals featured in the video, Conchy Vasquez and Jony Rozon, are both engineers in the US Navy.

The fact that the Navy has this new training video to create a pronoun "safe space" while sending them to get their heads blown off in war zones for Raytheon is absolutely ridiculous. pic.twitter.com/CpcF3BNqWE

In the opening dialogue, after Vasquez and Rozon introduce themselves with their pronouns while wearing shirts with various LGBTQ symbols, Vasquez gives her definition of what pronouns are, stating it is “how we identify ourselves apart from our name.”

Rozon then asserts, “Using the right pronouns is a really simple way to affirm someone’s identity. It is a symbol of acceptance and respect.” They continue to push on the idea of respect, suggesting ways viewers can create a “safe space” while preventing “mis-gendering”.

These suggestions include no longer saying “hey guys” and replacing the colloquial term, broadly considered neutral, to “hey everyone.” They also suggest that members of the US Navy show that they are “allies” by including their own pronouns in their emails or by introducing themselves to others by stating their pronouns along with their name.

The video goes on to cover the topic of mis-gendering, where Vasquez first states “It’s not the end of the world,” but suggests that soldiers need to correct themselves or accept correction, ensuring they “Do not put the burden of making [themselves] feel good about [their] mistake on the person [they] just mis-gendered.”

On Wednesday, Rowan Dean with Sky News Australia posed a question to former Labor minister Graham Richardson, asking how prepared he thinks the US Navy is to assist Australia in fighting back against Chinese attacks. Before Richardson answers Dean plays the introduction from this video.

“The fact that an institution like the US Navy can come up with that staggers me. One would have thought that if you’re looking for a bit of sanity in the world, the US Navy might be a place you’d find it,” Richardson said.

Republican lawmakers are also not pleased with this leaked footage. Former US Navy SEAL turned Congressman Dan Crenshaw (R-T.X.) took to Twitter Tuesday saying, “Here’s an idea, fire everyone in the Navy who puts pronouns in their email signature and focus on how to be better at war. For God’s sake, stop this stupidity.”

The armed forces have ramped up their promotion of pride activities this year, including a Marine advertisement with rainbow-colored bullets and Army-hosted drag queen story hours.  This has prompted House Republicans to demand a full financial report of the Defense Department’s Pride Month promotion expenses.

“Instead of wasting money promoting Pride Month you should be more focused on ensuring that our military is prepared to defend our country,” the letter states.