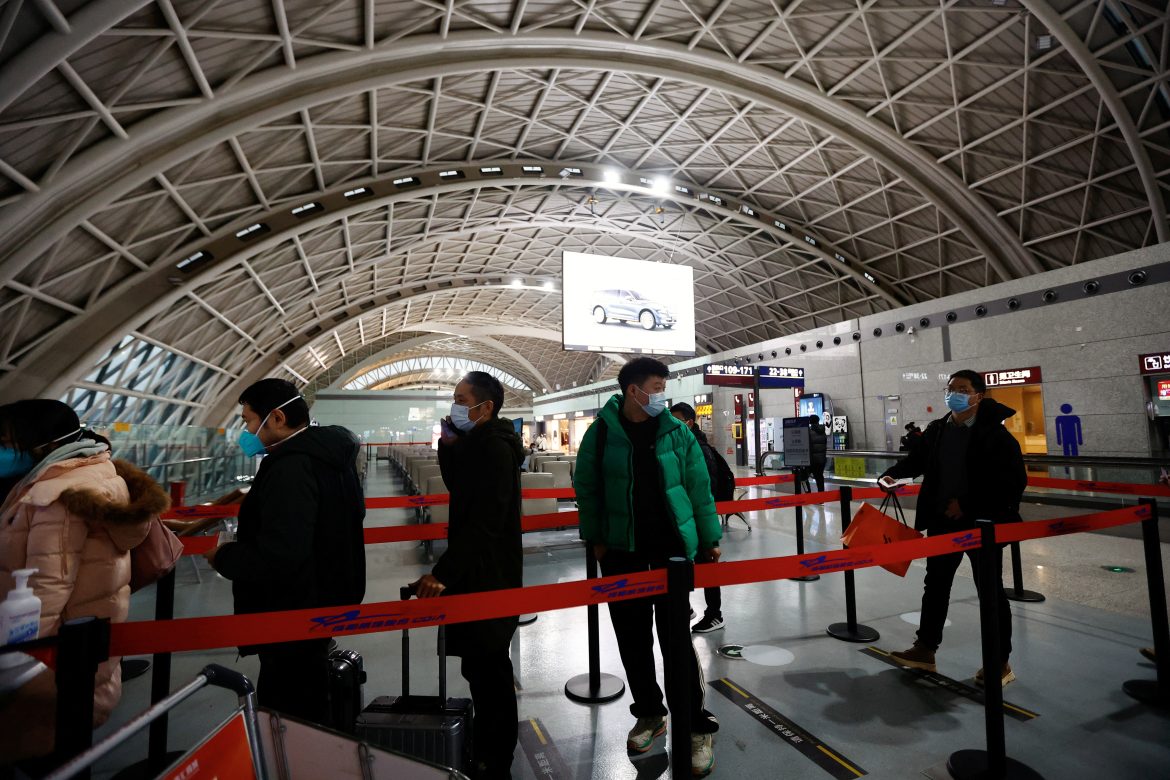 The U.S. government may impose new COVID-19 measures on travelers to the United States from China over concerns about the “lack of transparent data” coming from Beijing, U.S. officials said on Tuesday.

Japan has said it would require a negative COVID-19 test upon arrival for travelers from China. Malaysia put in place additional tracking and surveillance measures.

“There are mounting concerns in the international community on the ongoing COVID-19 surges in China and the lack of transparent data, including viral genomic sequence data, being reported from the PRC,” the officials said, using the initials of the People’s Republic of China.

Passengers arriving in Britain from China will require a negative test for COVID-19 after a surge in infections in China, British media outlets reported. France will require travelers from China to provide a negative COVID-19 test result less than 48 hours before departure, the health and transport ministries said on Friday.

Some hospitals and funeral homes in China have been overwhelmed as the virus spreads largely unchecked across the country of 1.4 billion people.

Official statistics, however, showed only one COVID death in the seven days to Monday, fuelling doubts among health experts and residents about the government’s data. The numbers are inconsistent with the experience of much less populous countries after they re-opened.

China said on Monday it would stop requiring inbound travelers to go into quarantine starting from Jan. 8 in a major step towards easing curbs on its borders, which have been largely shut since 2020.