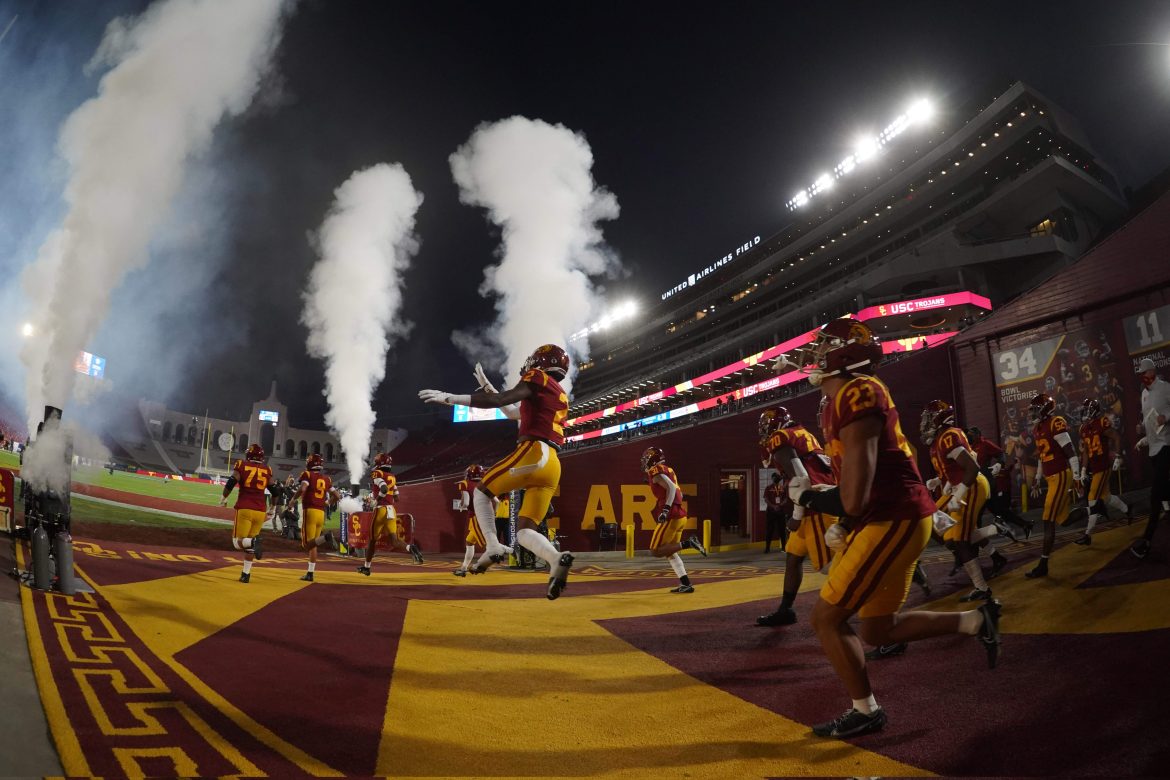 Southern California and UCLA are leaving the Pac-12 for the Big Ten in 2024, a bombshell move that stunned the world of college athletics on Thursday.

Both institutions confirmed the news Thursday evening after the conference voted to accept them and expand to 16 teams.

The move also comes less than a year after the Big Ten, Pac-12, and ACC announced a strategic “alliance” that would focus on competitive inter-conference scheduling in football and men’s and women’s basketball — and came with an implicit agreement that member institutions would not leave one “alliance” conference for another.

“Ultimately, the Big Ten is the best home for USC and Trojan athletics as we move into the new world of collegiate sports,” USC athletic director Mike Bohn said in a statement. “We are excited that our values align with the league’s member institutions. We also will benefit from the stability and strength of the conference; the athletic caliber of Big Ten institutions; the increased visibility, exposure, and resources the conference will bring our student-athletes and programs; and the ability to expand engagement with our passionate alumni nationwide.”

“UCLA Athletics’ primary responsibility is to our student-athletes — to supporting them and providing them with the resources and opportunities to have an elite experience while they represent the four letters,” UCLA athletic director Martin Jarmond said in a statement. “From increased exposure and a broader national platform for our student-athletes, to enhanced resources for our teams, this move will help preserve the legacy of UCLA Athletics for generations to come.”

The Pac-12 released a statement later Thursday night, saying it was looking toward the future.

“While we are extremely surprised and disappointed by the news coming out of UCLA and USC today, we have a long and storied history in athletics, academics and leadership in supporting student-athletes that we’re confident will continue to thrive and grow into the future,” the conference said in part. “The Pac-12 is home to many of the world’s best universities, athletic programs and alumni, representing one of the most dynamic regions in the United States. We’ve long been known as the Conference of Champions, and we’re unwavering in our commitment to extend that title.”

The Big Ten last expanded in 2014 with the additions of Rutgers and Maryland. The move brings them on par with the SEC once again; the SEC will reach 16 member institutions when Texas and Oklahoma officially join the fold.

Pac-12 football teams have only appeared twice in the College Football Playoff since it began in the 2014 season: Oregon (2014) and Washington (2016). The Big Ten has had six teams make the playoff, with Ohio State winning the inaugural title.