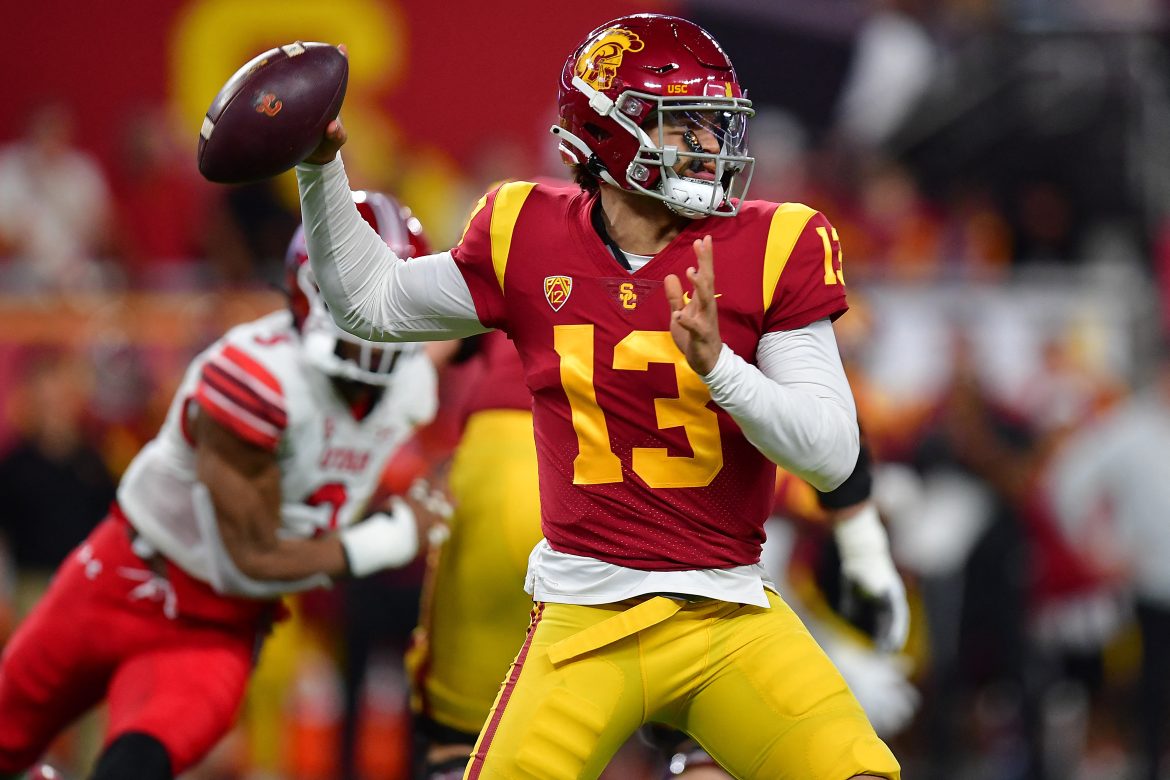 USC quarterback Caleb Williams added the most coveted award in all of college football to his already crowded trophy shelf Saturday when he received the 2022 Heisman Trophy.

Williams already won both the Maxwell and Walter Camp awards this season. All three awards are given to the player voted to be the all-around best in all of NCAA Football.

The greatest player in college football is a USC Trojan.

So proud of @CALEBcsw for winning the 2022 Heisman Trophy!

“It for sure means a lot to me because you work so hard as an athlete,” Williams said on ESPN. “I work so hard to be the best player and that’s what you try to achieve every day when you get up and you go work out, in the film room and on the field.”

His 4,075 passing yards were good for fourth nationally and his 37 passing scores tied for best in the country with Ohio State’s C.J. Stroud and Houston’s Clayton Tune.

Williams has been praised by media, coaches, and NFL scouts alike as a player with incredible athleticism, skill, and creativity on the field. As is the case with every Heisman Trophy winner, Williams’s highlight reel is extensive.

He led the Trojans to an 11-1 record in the regular season and a spot in the Pac-12 Championship Game. USC fell to Utah in that game 47-24, losing not only a conference championship but also a spot in the College Football Playoff. The loss dropped the previously No. 4 Trojans six spots to No. 10 in the final College Football Playoff rankings. Ohio State slid into the fourth and final playoff spot without playing in the Big 10 Championship.

Williams previously played at Oklahoma. He left for USC last offseason, along with head coach Lincoln Riley. He is the third dual-threat quarterback to win the nation’s most prestigious award while playing for Riley. At Oklahoma, Baker Mayfield (2017) and Kyler Murray (2018) pulled off the feat in back-to-back seasons.