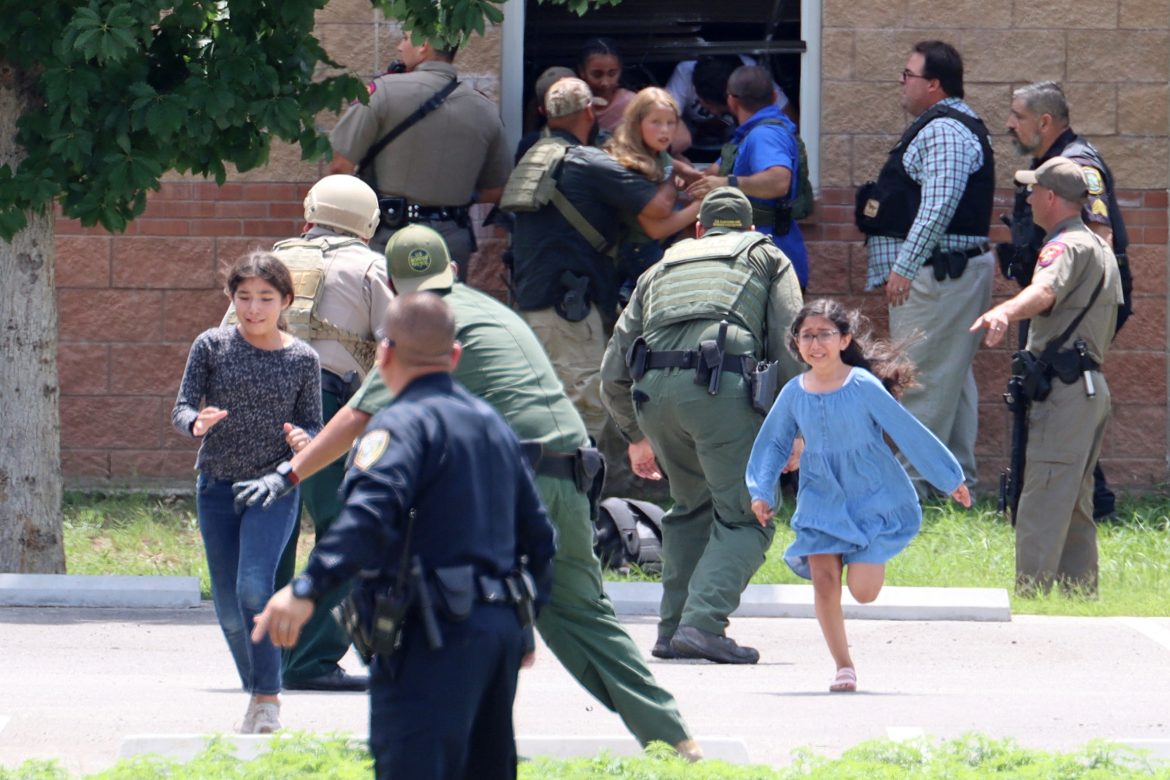 Parents and family members called for the resignation of Uvalde Police Chief Pete Arredondo after the latest evidence emerging from the Robb Elementary School shows even more contradictions between earlier public comments and the reality of the mass shooting.

Nineteen children and two teachers lost their lives in late May while the police delayed their response for over an hour.

“Having Pete still employed, knowing he is incapable of decision-making that saves lives is terrifying,” Brett Cross, the uncle of one the victims, said during the extended public comment session of Monday’s Uvalde School Board meeting. Other attendees held “Fire Pete Arredondo” signs.

The barbed statement refers to how police staged for 77 minutes in a hallway outside the classroom in which the shooter was located. According to previous police statements, somebody, it has never been made clear who, made the call to treat the situation as if it were a barricaded subject instead of an active shooter.

In the weeks that have followed, evidence has also emerged that contradicts key elements of Arredondo’s public statements about the events of that day. Now, it seems that many of Arredondo’s key claims were inaccurate.

Arredondo has claimed he was searching for a key to unlock the classroom door during this time. This process, according to Arredondo’s earlier interview with the Texas Tribune, involved trying keys across three different key rings.

However, an anonymous source with knowledge of the investigation told San Antonio’s Express-News that investigators believe that at least one door to connected classrooms 111 and 112 was unlocked because the shooter, 18-year-old Salvador Ramos, did not have a way to lock the doors from inside the room. According to this report, all school doors were meant to lock automatically upon closing, but investigators suspect a lock malfunction – similar to the exterior school door through which Ramos entered – left the room unsecured.

The truth of whether the door was unlocked would be readily known if Arredondo had actually tried to unlock the two classroom doors. However, surveillance cameras show that Arredondo instead tested the keys on nearby classroom doors rather than the room in which the shooter was still carrying out his horrific act.

The mistake of this decision is further compounded by more new evidence that suggest officers arrived in tactical gear 19 minutes after Ramos entered the school. Sewell Chan, the chief editor of the Texas Tribune, first shared that ballistic shields and rifles were available early on in the standoff on Twitter.

Also new: Officers had four ballistic shields inside the school during the standoff with the gunman. The first arrived 58 minutes before officers stormed the classrooms. The last arrived 30 minutes before.

The Texas Tribune, in an extensive and detailed exploration of the evidence to have been uncovered, also reported this morning that a Halligan bar, a tool used by firefighters to breach locked doors, was also available.

As even more evidence has been made publicly available, a picture has emerged of officers willing to risk their lives being limited by a lack of clear direction and orders.

According the the Tribune report, one Texas Department of Public Safety officer, on-scene within 20 minutes, reportedly said about the chance of kids being still in the classroom, “If there’s kids in there we need to in there.”

Another first responder reportedly replied, “Whoever is in charge will determine that.”

That order never came, even when officers knew children were still alive within the room. Transcripts of 911 calls show children called to plead in the time between officers’ first contact and the moment a Border Patrol tactical team breached the classroom and killed the suspect.

“The horrifying manner in which my mother was murdered and taken from us completely shattered our hearts, but made my dad’s stop,” Lyliana Garcia, the 16-year-old daughter of teacher victim Irma Garcia, said at the meeting.  Her father, Joe Garcia, died two days later. “There shouldn’t have been a reason my mom didn’t come home that day.”

Primary races heat up today ahead of November midterms