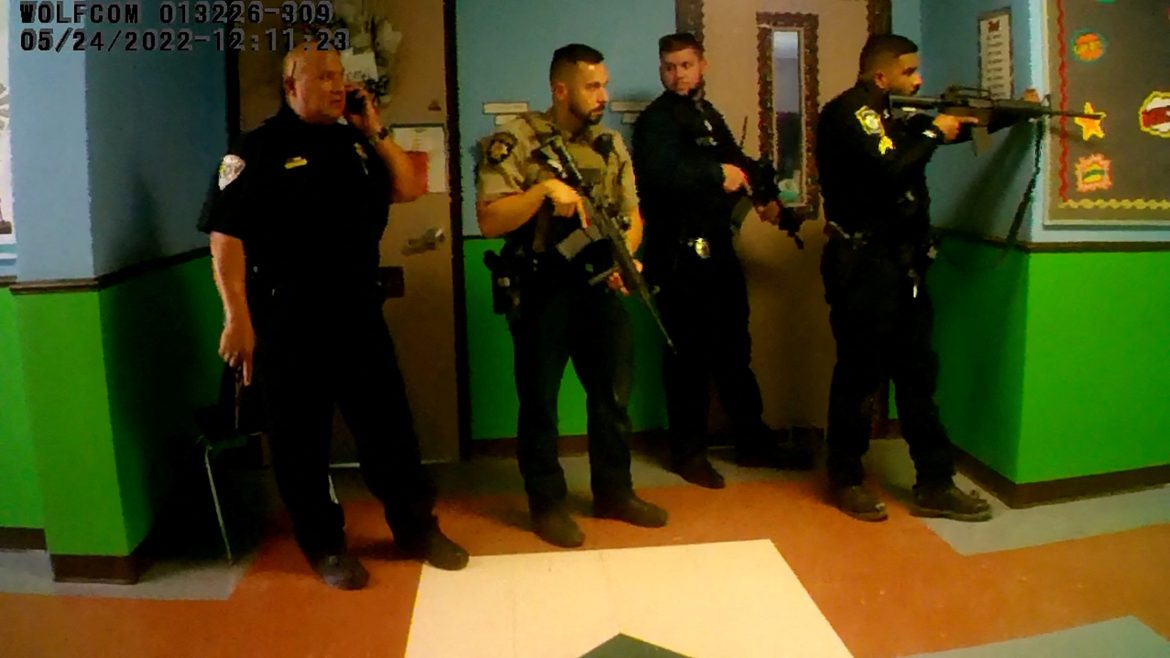 The Uvalde Consolidated Independent School District (UCISD) on Friday suspended its entire campus police force after family members of the victims of the May 24 massacre at Robb Elementary pressured officials to hold the force accountable for allowing a gunman to remain in a classroom for over 70 minutes.

Parents, family members, and others tenaciously camped outside the district’s administration building for 245 hours in an extreme show of their continued outrage. With media attention and the use of Twitter, the protestors vowed to continue their sit-in until the force was suspended.

“As a result of recent developments, Lt. Miguel Hernandez and Ken Mueller have been placed on administrative leave, and the District has made the decision to suspend all activities of the Uvalde CISD Police Department for a period of time,” the board announced on Oct. 7.

Mueller, who served as the Director of Student Services in Uvalde, elected to retire, according to the statement.

Hernandez served as the second-in-command of the district police under former Police Chief Pete Arrendondo, who was previously fired from his position. Hernandez and Arrendondo were some of the first responders to enter Robb Elementary School and are seen as bearing responsibility for the decisions that left children in two classrooms unprotected for 77 minutes with a shooter armed with an AR-15 rifle.

According to the school district, the decision to suspend the district police force was made when an investigation raised “additional concerns with department operations.”

UCISD police had a budget that only allowed for the district to pay for six officers. The district contains nine schools, meaning that there was not an officer assigned directly to Robb.

However, an interim investigative report released by the Texas House of Representatives on July 17 already revealed that five campus officers were among the other law enforcement that responded to the shooting.

Despite this preexisting knowledge, UCISD continued to allow officers to remain active on the force, effectively allowing them to maintain responsibility for the lives of school children in a new school year.

“We aren’t letting anybody in until they investigate and suspend all of the school resource officers,” Brett Cross, one of the protest organizers and the uncle of Robb Elementary victim Uziyah Garcia, tweeted at the start of the protest. “It’s been 18 weeks! We’ve begged and pleaded. Now we demand.”

We aren’t letting anybody in until they investigate and suspend all of the school resource officers. It’s been 18 weeks! We’ve begged and pleaded. Now we demand. https://t.co/PGXN1pkCry

The protesters used their publicity to encourage others to phone into the UCISD’s message lines to demand the suspension of the officers pending a complete investigation.

Community stakeholders were further outraged when the news broke that the UCISD police recently hired another responder from May 24, Crimson Elizondo.

Elizondo made waves when audio from the day of the shooting surfaced of her saying, “If my son had been in there, I would not have been outside. I promise you that.”

For all of her big talk, Elizondo was already under investigation for violating standards as a Texas Department of Public Safety (DPS) officer on that day. Despite notification of this during a background check, the district still elected to hire her.

Elizondo was fired on Oct. 6. It wasn’t enough to appease the protestors.

More confirmation of what we have been saying, @Uvalde_CISD did not care about ensuring the safety of our children in their school. Especially did not care after May 24! We will not stop until all the truth comes out! Momma loves you, Jackie ❤️ pic.twitter.com/85T2nnwfqx

“It was our first win. And it won’t be our last,” stated Cross.

For now, UCISD plans to request DPS troopers to provide extra security at games and other events.