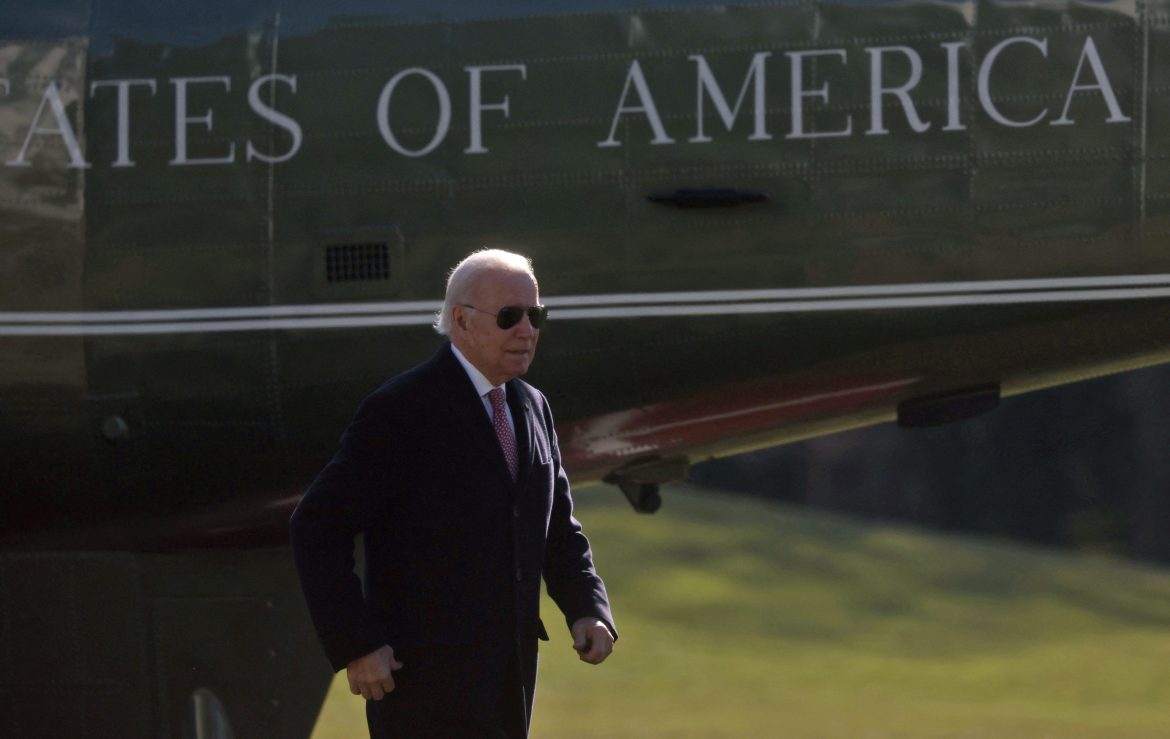 President Joe Biden’s 2022 calendar might be the best indication yet as to why the still unpopular leader of the free world is likely to buck the nation’s growing desire for a younger candidate and seek reelection in 2024.

According to his travel log, President Biden has taken an exorbitant amount of vacations while in office. Few, if any, would pass up a sweetheart deal that allows for world travel and unrivaled authority and prestige.

In late August, when the New York Post and Republican National Committee each delved into the mathematics behind the president’s frequent respites, Biden had been on vacation for 40% of his presidency.

Biden takes heat for spending 40 percent of his days in office ‘on vacation’ https://t.co/oi1Krc4hW5

To put the math into perspective, Biden was on vacation two out of every five days he was in office. At the time, even CNN, a network with no love lost for former President Donald Trump, pointed out that Biden’s vacationing was outpacing that of his predecessor.

The criticism took root, at least a little. Biden’s vacation time is now closer to 34% than 40. If we credit Biden with seven vacation days for his trip to the U.S. Virgin Islands – he arrived in St. Croix on Dec. 27 and returned to D.C. on Jan. 2 – that brings his total time on vacation to 245 days.

As of this writing, Biden has spent 713 days in office, of which 245 is 34.36%, not quite 40% but substantially more than the average American can expect.

And Biden has vacationed in style. In his most recent sojourn, Biden hopped over to St. Croix for a holiday that was much celebrated by legacy media.

In a moment of inconsistency, the same media that buried Texas Sen. Ted Cruz last February for going to Mexico while Texans faced a severe winter storm and widespread power outages, seemed content and perhaps even delighted that Biden left the country as the vast majority of the nation faced the aftermath of an even worse winter storm.

CNN referred to Biden’s trip as an “island escape” and the Associated Press laughed along as Biden joked that he didn’t realize there was an election forthcoming while also recounting the recreation the Biden family was enjoying.

“Where is the outrage about Joe Biden going on a nice tropical vacation while the country suffers through a “polar vortex bomb cyclone?’” Donald Trump Jr. tweeted last week. “Remember what they did to Ted Cruz? A president can actually do something about this stuff that a senator can’t and yet total silence? WTF?”

Where is the outrage about Joe Biden going on a nice tropical vacation while the country suffers through a “polar vortex bomb cyclone?” Remember what they did to Ted Cruz? A president can actually do something about this stuff that a senator can’t and yet total silence? WTF?

Although it is highly unlikely Biden will ever face widespread scrutiny for the timing of his vacation, he might still run afoul of the left or the American voter depending on what he does in the days following the trip.

Among the reasons for Biden’s jaunt to the Caribbean was to discuss a possible reelection bid in 2024 with his family. He has dodged questions from the media about seeking a second term,  consistently saying he needed to sit down and talk it over during the holidays.

While Biden has still not made any announcement, White House chief of staff Ron Klain believes that Biden will decide to run.

“I expect the decision will be to do it,” Klain said late last year.

USA Today reported last week that there was a groundswell of support for a second Biden run – with Democratic strategists touting the better-than-expected showing of liberals in the midterm as one of several reasons for the left to go all-in with Biden.

This was in stark contrast to reporting from the United Kingdom’s Telegraph, which highlighted a growing desire among Democrats for a younger candidate. According to their poll over half of Democrats don’t want the president to run again in 2024.

During an appearance on Fox News, former Arkansas Gov. Mike Huckabee, himself a former presidential candidate, predicted the reality will likely be a blend of these two extremes.

“He won’t have a solo run at this,” Huckabee said. “There will be other Democrats. [California Gov.] Gavin Newsom, maybe some more moderate governors will jump in. But he will not have the stage to himself. Because I think a lot of Democrats realize, number one, he is already 80 years old. He will be 82 by the time the election rolls around. That is unprecedented. This is not the senior bowl. This is the toughest job in the world. He’s already shown he may not quite be up to it.”

“Will he run? Probably. But will he run unopposed in the Democrat primary? Absolutely not.”

A BRIEF HISTORY OF PRESIDENTS ON HOLIDAY

In vacationing often, Biden is continuing a recent tradition of presidents who spend considerable time away from the Oval Office.

And why shouldn’t they? In truth, the only real threat to a president on break is complaints from political rivals and partisan talking heads in the media.

President George W. Bush spent 1,020 days on vacation over his eight years in office, most of which was spent at his ranch in Texas but all of which became the focus of intense scrutiny from legacy media.

Bush, left-leaning journalists complained, was dashing off to Texas when Americans were shipping off to two wars. And, with the president leaving Washington, the U.S. taxpayer was left to foot a $140 million bill for the cost of keeping Bush secure in his travels.

By the time former President Barack Obama exited the White House, he had vacationed 328 days at a cost of $105 million to the taxpayer. Conservative media often criticized the lavishness of Obama’s trips, but the matter was mostly ignored.

Then came Trump, who took 381 vacation days in four years, often to Mar-A-Lago, and at a cost of $144 million to the taxpayer. His travel outraged the legacy media.

It remains unknown how much Biden’s 245 days (and counting) of vacation will cost the American taxpayer.

Franklin Graham preaches hope to world that ‘seems to be imploding’