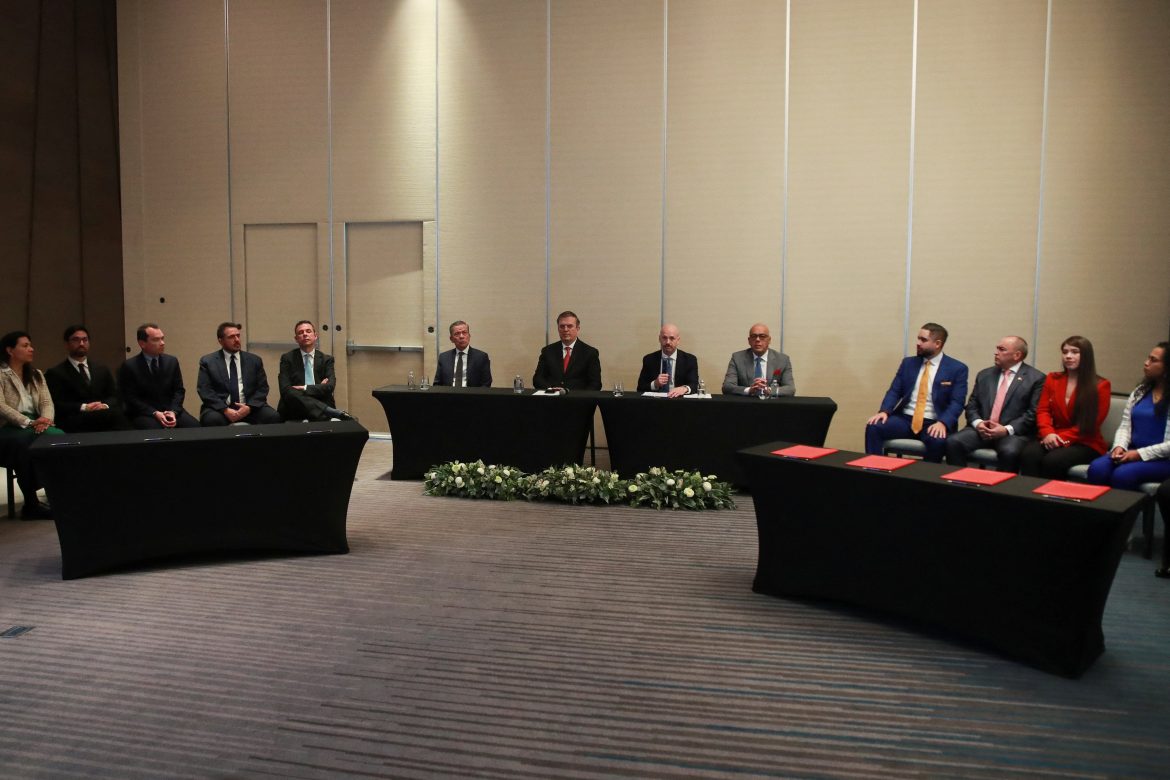 Venezuela’s government and opposition have asked the United Nations to manage billions of dollars held in foreign banks, which will be gradually unfrozen to combat a humanitarian crisis in the oil-rich nation, delegates announced in Mexico City on Saturday.

Following the announcement, the U.S. Treasury Department granted a license for oil firm Chevron to expand its operations in Venezuela, allowing it to import Venezuelan crude into the United States.

Norwegian mediator Dag Nylander hailed the agreement as a “historic milestone” though the country’s crisis could only be solved by Venezuelans themselves.

Venezuelan government representatives arrived in Mexico City on Friday to sign an agreement with their political opponents after talks between the two sides have been on ice for more than a year. The government’s delegation was led by congressional leader Jorge Rodriguez of Venezuela’s ruling United Socialist Party (PSUV), and the opposition group was headed by politician Gerardo Blyde.

The “social protection” fund could help prevent Venezuelans from fleeing their country by improving access to food, medicine and medical care, and by financing infrastructure projects to repair the country’s electricity grid.

The fund is part of a broad agenda that covers U.S. sanctions on Venezuela, conditions for the 2024 presidential elections and the status of hundreds of political prisoners.

However, these issues will not be discussed in this round of talks.

More than 7.1 million Venezuelans have left their country according to U.N. estimates this year, many migrating to other Latin American countries or the United States, as the country battles high inflation, food and medicine shortages.

More than half of Venezuelan migrants do not have access to three meals a day, U.N. estimates showed.

In Venezuela itself, more than half of the population experienced moderate or severe food insecurity last year, according to a survey by local universities.

San Francisco Police push for use of armed robots

Musk says releasing Twitter’s internal discussions on Hunter’s laptop is the right thing to do, will restore trust