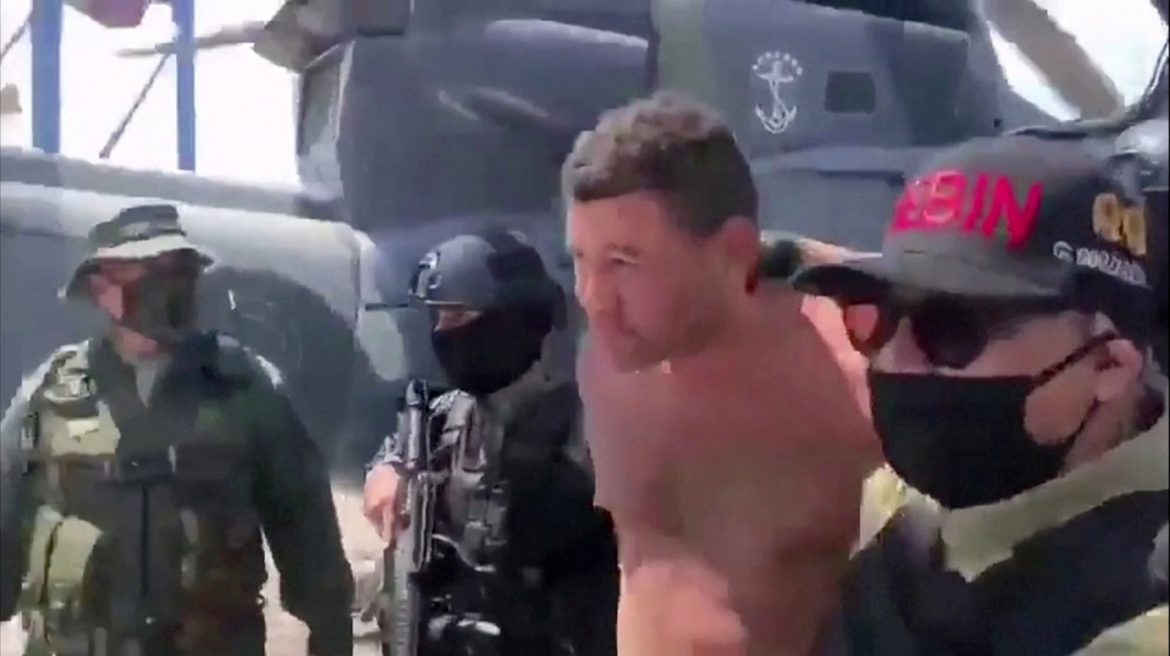 Venezuela’s Chief Prosecutor Tarek Saab said on Friday his office had requested the detention and extradition of U.S. military veteran Jordan Goudreau and two Venezuelans accused of involvement in a failed armed incursion earlier this week.

The bungled operation has put pressure on opposition leader Juan Guaido, who has failed in his campaign to replace a president who has overseen a six-year economic collapse of the once-prosperous OPEC nation and stands accused of human rights violations and rigging his 2018 re-election.

Goudreau, chief executive of Florida-based security company Silvercorp USA, has claimed responsibility for the plan, which left eight people dead and more than a dozen in custody, including two U.S. citizens who were captured alongside the dissident Venezuelan security forces.

Rendon has said that while he negotiated an agreement with Silvercorp late last year, he cut ties with Goudreau in November and that Goudreau went forward with the failed operation on his own. Vergara did not immediately respond to a request for comment.

Guaido, the leader of the opposition-held National Assembly, has been recognized as Venezuela’s interim president by dozens of countries, including the United States, since January 2019. Despite crippling U.S. sanctions and an attempted uprising by some within the military last April, Maduro remains in power.

Still, Guaido has largely held together a broad coalition of the anti-Maduro political parties that make up Venezuela’s notoriously divided opposition. But on Friday, one of the largest opposition parties aligned with Guaido – Justice First – criticized him over the failed raid.

“We radically reject the hiring of illegal groups,” Justice First said in a statement, calling on Guaido to “immediately dismiss the officials who – in the name of the interim presidency of the republic – established links with these illegal groups.”

Maduro dismisses Guaido as a U.S. puppet and has accused President Donald Trump’s administration of backing Silvercorp’s operation. Earlier on Friday, Trump said he knew nothing about the incursion, and other officials have deniedU.S. involvement.