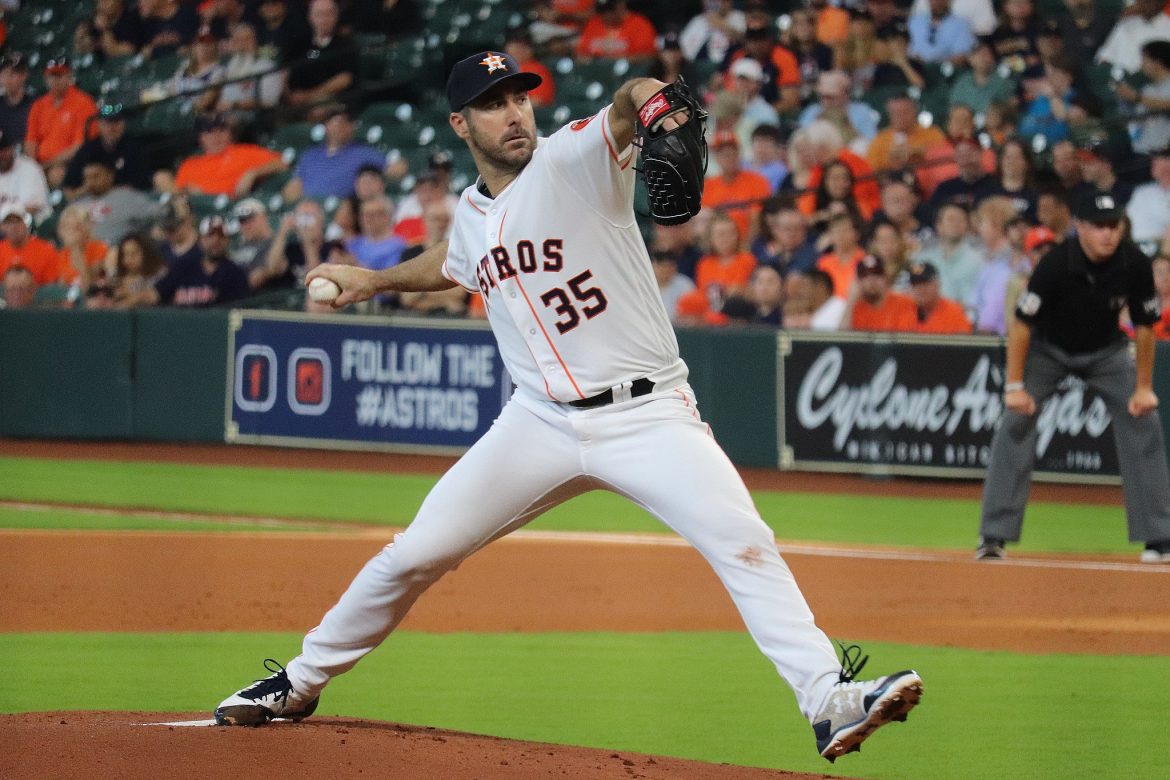 Justin Verlander and Sandy Alcantara made it unanimous.

The two aces each won a Cy Young Award in their respective league Wednesday, taking all the first-place votes. It is the second time the winners in both leagues were unanimous selections since the award began in 1956. The first occurred in 1968 when Detroit’s Denny McLain in the American League and St. Louis’ Bob Gibson in the National League swept the voting.

The 39-year-old Verlander became the 11th player to win the award three times and did so in his first back from elbow ligament replacement surgery. Verlander also helped the Houston Astros win the World Series.

“I will always remember this Cy Young as looking back at the growth of me as a father and as a person, and just also the rehab and all the hard work that went into the rehab and how I was just so committed to it was going to go well and I was going to come back and be me.”

Alcantara became the first player in Miami Marlins history to win the award. He’s the second pitcher from the Dominican Republic to win the NL award, joining Pedro Martinez.

The 27-year-old Alcantara was 14-9 with a 2.28 ERA while pitching a Major League-best 228 2/3 innings and six complete games. The two-time All-Star threw seven or more innings in 13 straight starts from May 11-July 15, which was the longest streak of its kind since 2014.

His wins and innings pitched were both career highs and his ERA was second-best in the NL.

“It means a lot, not just being the first Marlin — (it) being my first one has made me feel so special,” Alcantara said, “because I came here to the Marlins with my positive mentality to try to win, try to compete, try to get better. This year, I put (in) everything, working hard, and you guys can see I got great success. And now I won the National League Cy Young. I feel so happy and blessed.”

“It’s always nice to take moments like this award and the championship we won this year and take a beat and really appreciate it,” Verlander said. “You’re always looking forward.”

Verlander is a free agent and it’s uncertain whether he’ll return to Houston.

“The hard work, the positivity, every day, fighting for my team, competing against any team. That makes it special,” Alcantara said. “My mentality all the time is to be aggressive. Try to get better every day. And I’ll keep doing the same. And let’s see if I can win the Cy Young next year, too.”

The Marlins signed Alcantara to a contract extension last November that runs through 2027. The only franchises in the majors without a Cy Young winner are the Texas Rangers and Colorado Rockies.