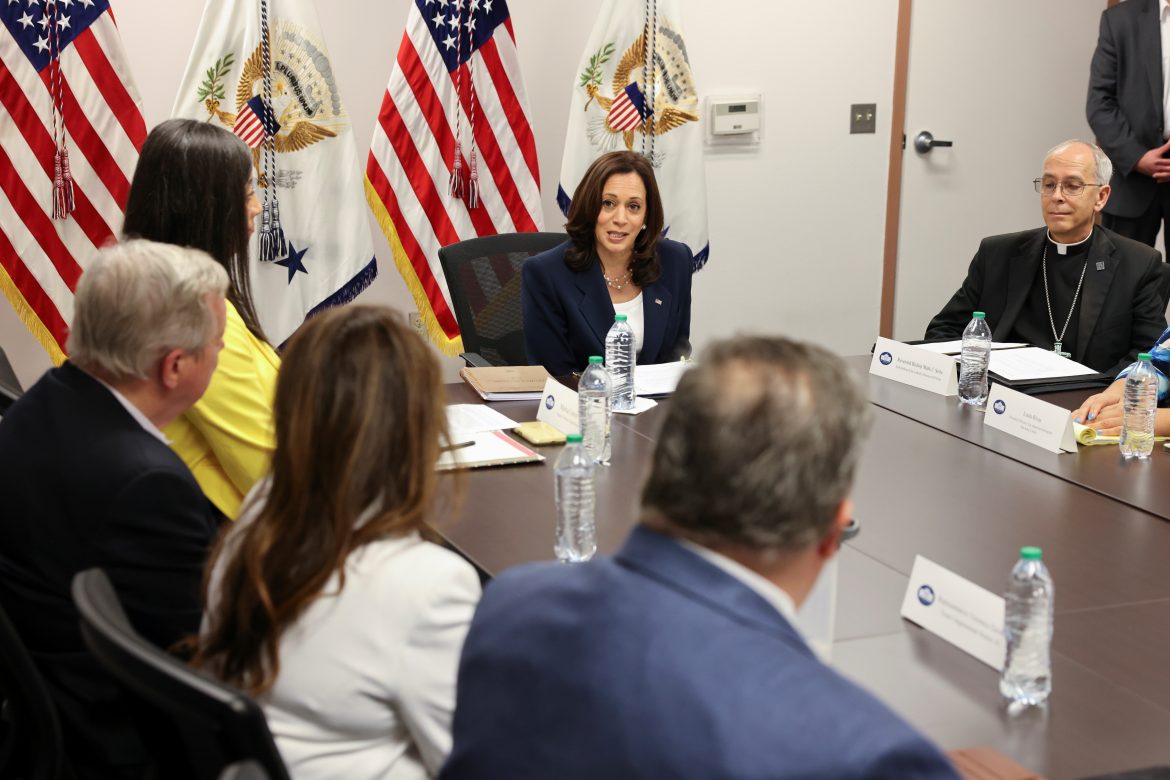 The Vice President recently returned from her first international trip to Guatemala and Mexico. This was declared by the White House as a fact finding trip in order to discern the causes for the crisis at the US-Mexico border. However, Republican lawmakers took issue with this strategy as they believe that the causes of the immigration crisis are fairly obvious. Critics believed that her time would have been better spent visiting the site of the actual issue. Republicans had gone so far as to write a letter to President Biden demanding Harris’s resignation as the White House’s immigration lead as reported by FISM News.

In what many see as a response to this pressure and criticism, Harris decided to visit the border at El Paso, Texas. She performed a tour of one of the facilities that houses the thousands of illegal immigrants that have poured over the border in the past year. She also spoke with immigration officials as well as immigrants themselves. She was accompanied by Homeland Security Secretary Alejandro Mayorkas, Senate Judiciary Chairman Dick Durbin, and Democratic Texas Rep. Veronica Escobar.

Harris described her visit as the culmination of the international trip she made earlier. Just as that trip to Guatemala and Mexico was put in terms of discovering the causes of the immigration crisis, Harris has said that her visit to the border is designed to observe the effects of the crisis.

What happens at the border is directly connected to the work we are doing to address the root causes of migration from Central America. As I made clear during my trip to El Paso today, the President and I are committed to strengthening our immigration system at every level. pic.twitter.com/gYm5ZjzBAI

Harris’s visit comes just before former President Trump plans to visit the border. Many believe that Trump’s announcement of going to the border combined with Texas and Arizona’s recent call to other state to assist in the immigration crisis, forced the White House’s hand.

The location of her visit has also drawn criticism as many say it is in a place where there is a border wall intact and is hundreds of miles away from where the true crisis is.

Glad Kamala Harris is in El Paso to see that border areas with walls don’t have much of a crisis.

It will provide a great contrast for when she travels to Starr County: incomplete wall, rampant human trafficking, huge crisis.

But of course she won’t.

In any case both Republican and Democrat are concerned about the growing crisis at the border. The Biden Administration has not introduced a major change in immigration policy thus far and it is expected that lip service without any practical action will no longer be tolerated from either side of the aisle. The general feeling in Washington is that at the conclusion of Harris’s visit or sometime shortly thereafter, dynamic and clear policy suggestions must be proposed by the White House in order to better handle and resolve the crisis at the border.

Mike Pence Defends His Role in Certifying the Election; Discusses Future of GOP