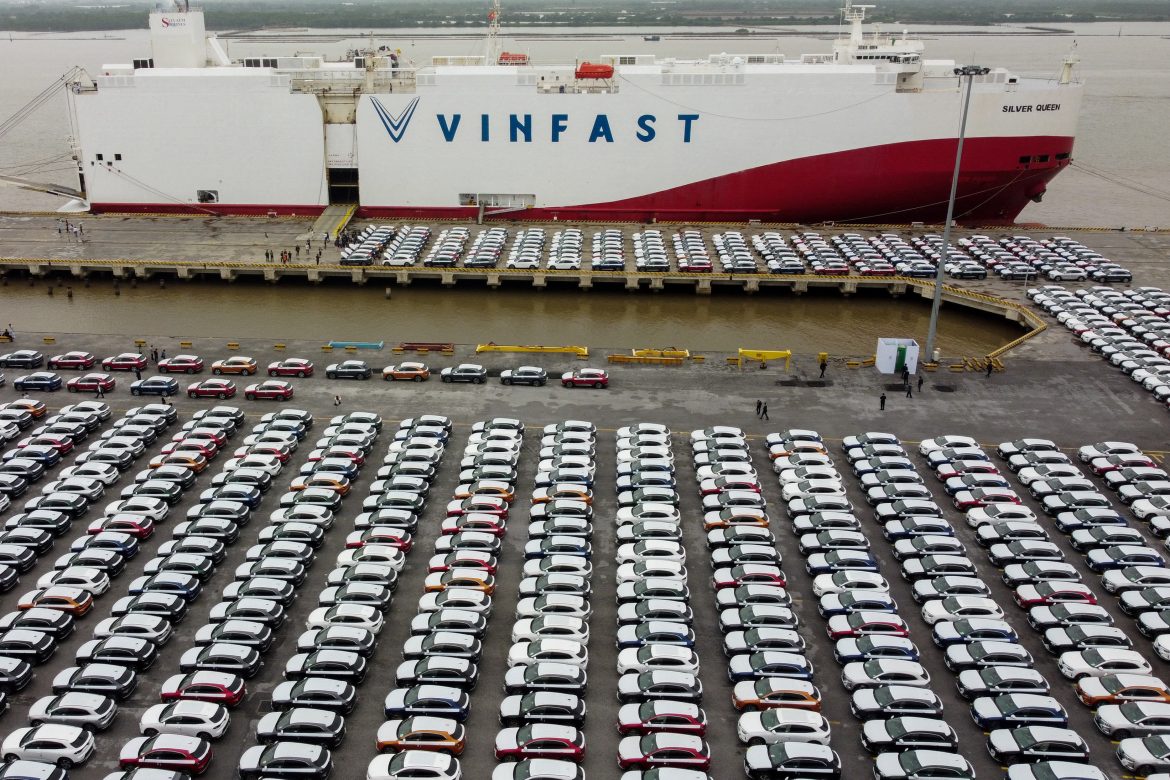 Just under 1,000 electric vehicles built by VinFast, a Vietnamese company based in Hai Phong, are bound for the United States.

According to a press release, VinFast held a ceremony Friday in celebration of shipping its first vehicles to an international market.

At just 999 units, the shipment is meaningful not for what it means today but for what it signals for the future. The U.S. electric car market will eventually become quite crowded, and the global market could have a significant new player.

“The export of the first 999 VF 8s is a significant event for VinFast and Vingroup and a proud historical milestone for the Vietnamese automotive industry,” Nguyen Viet Quang, Vice Chairman and CEO of Vingroup, said in a statement. “It affirms that Vietnam has successfully produced high-quality standards electric vehicles that are ready to compete in the international market. We hope that, when VinFast’s smart electric vehicles roll out on the streets around the world, it will help promote the image of a new, dynamic and progressive Vietnam to the global audience.”

According to the company’s press release, VinFast has been tabbed to build a combined 65,000 electric vehicles for the international market.

“This event is a remarkable milestone in the history of Vietnam’s automotive industry as Vietnamese-branded electric cars have officially entered the global market,” the release reads.

However, VinFast has also introduced a new program that will, at least on the front end, knock a great deal off the sticker price.

According to the company website, VinFast offers a battery subscription service whereby customers literally rent their battery for the duration of their ownership of the car.

The cost is $169 per month for VF 8 batteries and $219 for VF 9 batteries, costs the company says will never increase for early adapters.

“For VinFirst Pioneers who purchase a VF 8 or VF 9 in 2022 or 2023, customers will enjoy permanent subscription rates for the entire life of their vehicle,” the company website reads.

VinFast recently announced it was developing two eclectic SUV vehicles, which are tentatively slated to become available in 2024.

A Moment in History Special: Christ in the Old Testament