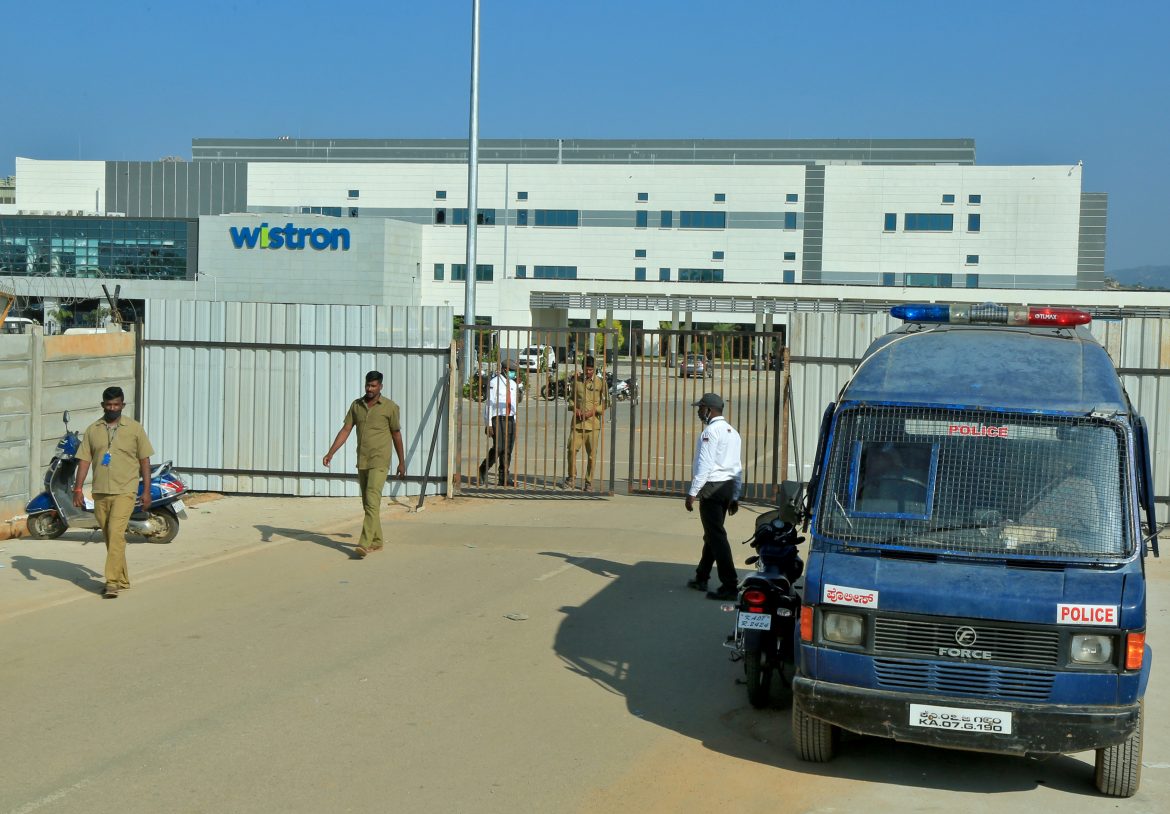 The ransacking of an iPhone manufacturer in southern India could be the first of many “flashpoints” involving local workers in the supply chains of major brands, researchers said on Tuesday, pointing to a lack of rights and recourse under new labor laws.

Thousands of contract workers in India’s tech hub of Bengaluru gathered on Saturday outside a factory owned by Taiwanese firm Wistron Corp – a supplier for Apple Inc – to demand unpaid wages and better working hours.

As police arrived, the crowd turned violent and video from the scene showed people armed with rods and sticks smashing equipment and vandalzsing cars, causing up to $7.1 million in damage according to an estimate by the company.

The All India Central Council of Trade Unions (AICCTU) said the incident in the southern state of Karnataka was a result of workers being subjected to “extremely exploitative sweatshop-like working conditions in gross violation of labor laws”.

The workers earned far less than the promised 22,000 rupees ($299) monthly salary and were not paid wages for November, according to the AICCTU, which said government officials and the management at Wistron had not responded to their complaints.

“These workers are from very poor families and not getting their wages was pushing them to the brink,” said Clifton D Rosario, national secretary at the AICCTU.

Apple said on Monday it was sending staff and auditors to the site and was cooperating with police. Wistron said in a regulatory filing in Taiwan it “always abides by the law, and fully supports and is cooperating with relevant authorities”.

A labor department official in Karnataka, who requested anonymity as he was not authorized to speak to the media, said on Tuesday that the issue was being resolved and workers would receive their dues. The factory would re-open soon, he added.

Labour rights experts warned that worker unrest in Indian manufacturing hubs could increase as new laws, which were passed in September, deny laborers the right to strike or receive social benefits if working for smaller companies.

“These flashpoints will continue,” said P.K. Anand, a visiting researcher at the Delhi-based Institute of Chinese Studies, who works on labor issues in China and India.

“It is the only way for workers to be heard in the absence of legal safeguards and proper grievance redress mechanisms,” Anand told the Thomson Reuters Foundation by telephone.

Christmas Star Reemerges for the First Time Since 1223