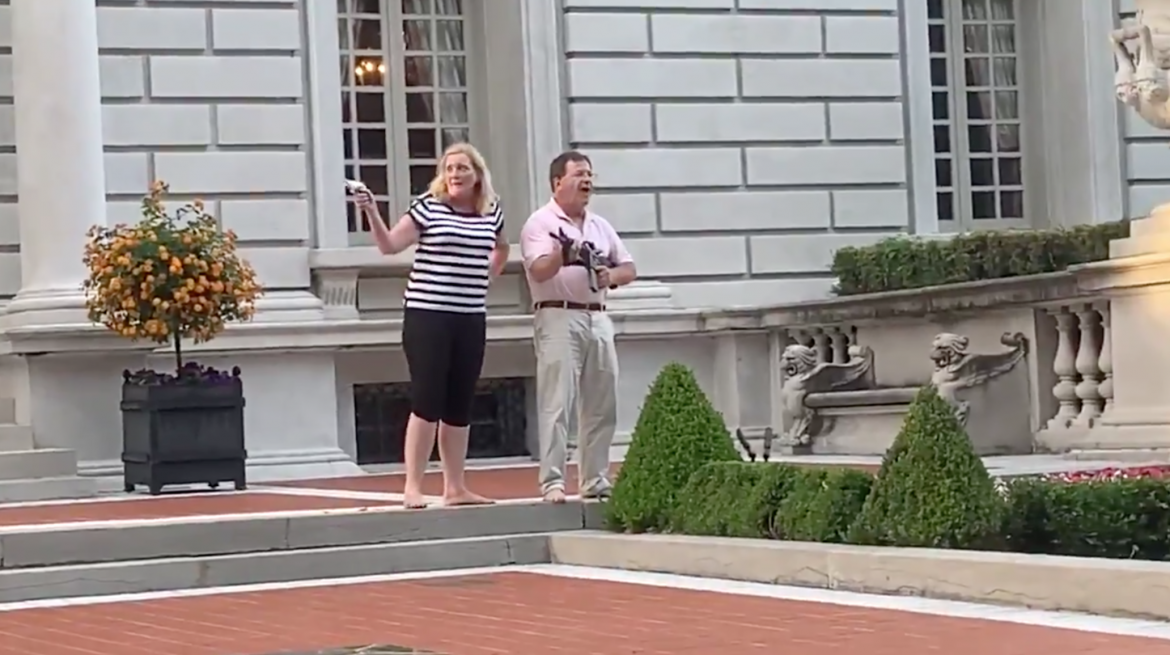 On Monday, a video surfaced of a couple in St. Louis, Missouri holding guns as protestors went by their home.  As the protestors go by their house, located within a private, gated neighborhood, the husband yells at the protestors while holding an assault rifle. His wife stands by his side, holding a pistol. Further in the video, the couple can be seen waving their guns at the group. There have been no reports that either of the two fired their weapons.

Other photos and videos released of the couple show that the wife had her finger on the trigger at some point.  The Twitter community has decided to dub this couple as “Ken and Karen.”  “Karen” is a term popularized by social media and meme culture, traditionally reserved for middle-aged white women in the upper or middle class who unreasonably demand to “see the manager.”  “Ken” being newly dubbed as the male equivalent of “Karen.”

The protestors marching by their home are reported to have been moving towards Mayor Lyda Krewson’s house to demand her resignation.  As the crowd was moving they entered a sectioned-off community of private properties that is accessible only to the residents themselves.  The signs outside the gate read “Private Street: Access Limited to Residents.”  Another video (Warning: contains language) shows the protestors entering the residential area, moments before the couple exited their home.

The protestors have since moved past their house and arrived at Mayor Krewson’s home, but some Twitter users are doing some digging and are slowly releasing information about this couple.