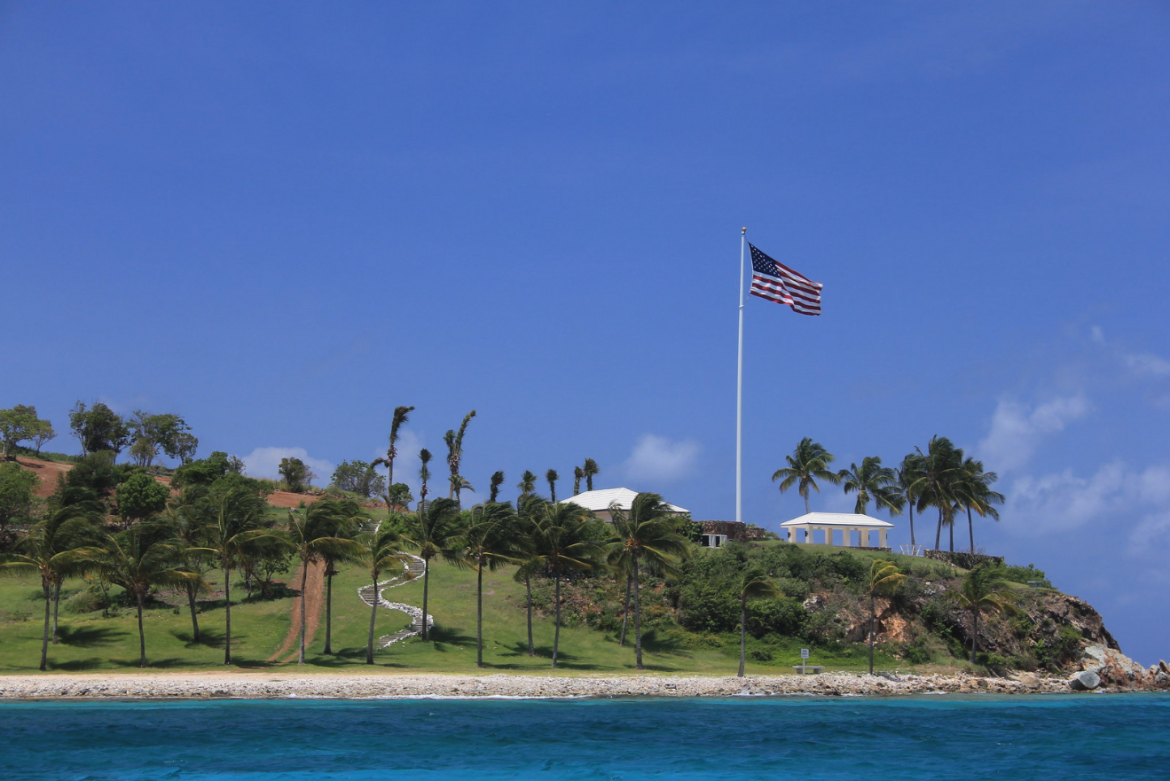 The governor of the U.S. Virgin Islands (USVI) fired his attorney general, Denise George, on Saturday, just days after she filed a lawsuit against JP Morgan Chase for allegedly “turn[ing] a blind eye” to Jeffery Epstein’s human trafficking crimes committed in the U.S. territory.

“I relieved Denise George of her duties as attorney general this weekend,” said USVI Gov. Albert Bryan in a statement. “I thank her for her service to the people of the Territory during the past four years as Attorney General and wish her the best in her future endeavors.”

George’s firing comes days after she filed a lawsuit against JP Morgan, claiming that the financial institution handling Epstein’s finances failed to report suspicious activity to the authorities as the bank benefited from the lucrative clients Epstein brought in.

“JP Morgan knowingly, negligently, and unlawfully provided and pulled the levers through which recruiters and victims were paid and was indispensable to the operation and concealment of the Epstein trafficking enterprise,” the lawsuit says.  “JP Morgan turned a blind eye to evidence of human trafficking over more than a decade because of Epstein’s own financial footprint, and because of the deals and clients that Epstein brought and promised to bring to the bank.”

A spokesperson for JP Morgan responded to the suit, telling Benzinga, “The company ended its relationship with Epstein long before his ongoing misconduct became known. Since then, JPMorgan Chase has cooperated with investigations into Epstein and others. JPMorgan Chase’s ongoing commitment to combatting money laundering and sex trafficking is unwavering and steadfast.”

The Virgin Islands Consortium, who first broke the news of George’s firing, reports that Bryan had grown increasingly frustrated with George and that the lawsuit against JP Morgan, which she filed without Bryan’s knowledge, was the “final straw.” However, a spokesperson for Bryan told the Daily Mail that reports that George was fired over the lawsuit were “not entirely accurate.”

Some are suspicious of this explanation, noting the fact that President Joe Biden was vacationing in the U.S. Virgin Islands at the time of George’s firing. The news seems quite similar to the time Biden openly bragged about getting a Ukrainian prosecutor fired who was investigating a company while his son, Hunter, sat on that company’s board of directors.

Lawyer and conservative commentator Rogan O’Handley wrote on Twitter, “Remember when Biden got the Ukrainian prosecutor fired for investigating Hunter/Burisma? Well on Dec. 27 the USVI AG filed a lawsuit against JPMorgan for helping Jeffrey Epstein[.] Biden flew to USVI & the AG was fired days later[.] What a coincidence!”

Remember when Biden got the Ukrainian prosecutor fired for investigating Hunter/Burisma?

Well on Dec. 27 the USVI AG filed a lawsuit against JPMorgan for helping Jeffrey Epstein

Biden flew to USVI & the AG was fired days later

In November, George had announced a settlement between the USVI and Epstein’s estate of $105 million in cash, as well as half the proceeds of the sale of Little Saint James Island, Epstein’s private island in the USVI, where he allegedly committed many of his crimes. In addition, the estate agreed to repay the $80 million in tax benefits Epstein fraudulently received from the territory.

Following that settlement, George said, “This settlement restores the faith of the people of the Virgin Islands that its laws will be enforced, without fear or favor, against those who break them. We are sending a clear message that the Virgin Islands will not serve as a haven for human trafficking.”