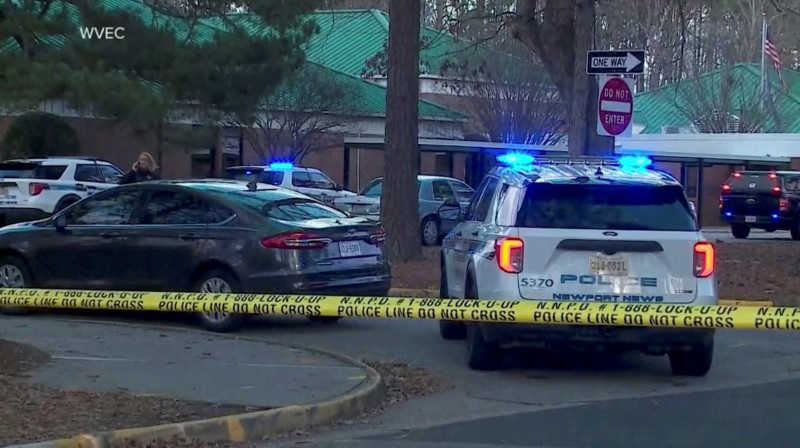 At least one administrator at the Virginia school where a 6-year-old boy shot a teacher last week was aware the boy may have had a gun, but no weapon was found when the boy’s backpack was searched before the shooting, school officials said on Friday.

Superintendent George Parker told parents at Rickneck Elementary School during a virtual meeting on Thursday that a school administrator learned the boy may have had a gun, according to Michelle Price, a spokeswoman for Newport News Public Schools. The information was first reported by Virginia’s WAVY TV.

The administrator has not been identified nor is it clear exactly how they learned the boy may have had a gun.

Once alerted, school officials searched the boy’s backpack, but did not find the gun. Why the gun was not found at that time has not been explained. The shooting took place about 2-1/2 hours after the boy’s backpack was searched.

Abigail Zwerner, a 25-year-old teacher, was shot a week ago by the young student. Police hailed the teacher as a hero earlier this week for managing to evacuate students from her classroom even after she was shot. Police on Friday said Zwerner’s last known condition was stable.

The boy who shot Zwerner was in the custody of the Newport News Department of Human Services, police said.

Police said the investigation is continuing and once complete, they will present findings to the Commonwealth’s Attorney in Newport News, who would make any decision regarding possible charges against the boy’s mother.

The mother legally purchased the 9 mm Taurus handgun, police have said, but could face misdemeanor charges if it’s found she did not properly secure the weapon in her home.

The boy took the handgun from his home, placed it in his backpack, and removed it while Zwerner was teaching class, Newport News Police Chief Steve Drew said earlier this week. The boy pointed the gun at the teacher and fired once. Zwerner was shot through the hand and into the chest.

After the shot, another woman who works at the school rushed into the classroom and held the boy down while Zwerner escorted the estimated 16 to 20 students out, Drew said. When police arrived, they found the gun on the floor.

Parker previously told reporters the school was unprepared for a 6-year-old bringing a gun to school and firing it, saying this marked only the third time since 1970 that a child aged 6 or younger had discharged a weapon at a U.S. school.

The Newport News school board on Thursday announced that metal detectors would be installed in every school in the city following the shooting.