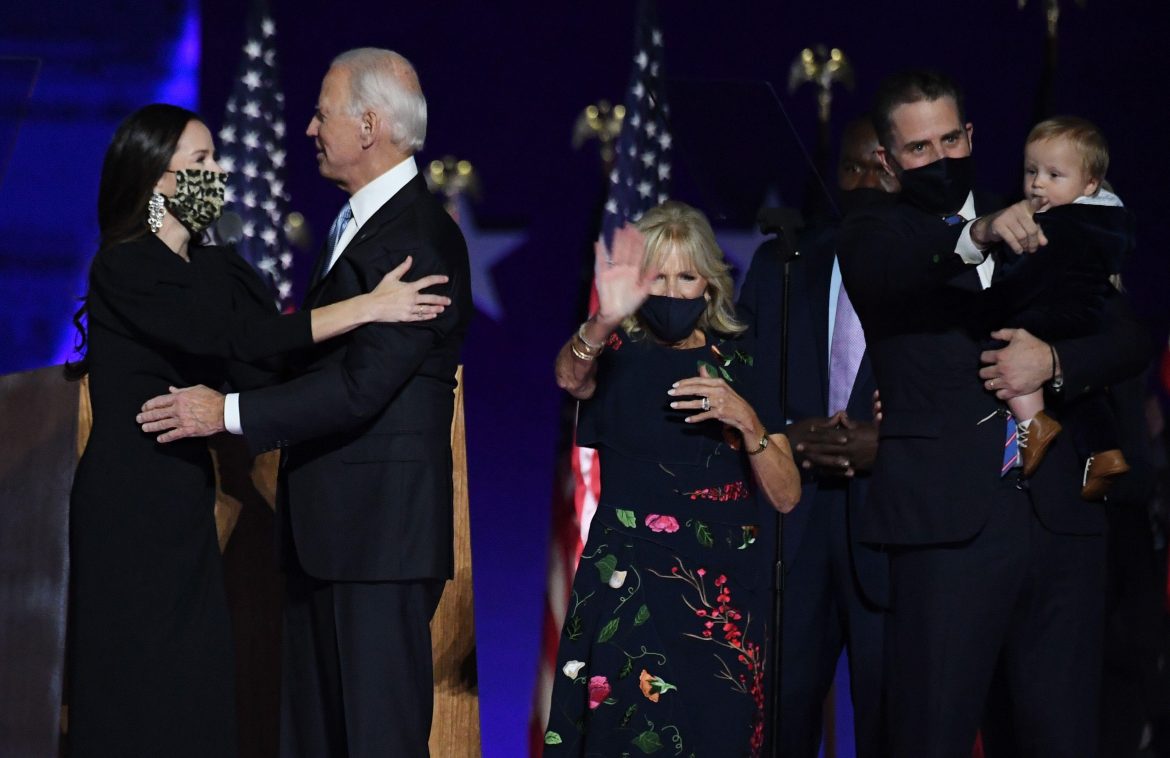 A newly-discovered voicemail appears to contradict President Joe Biden’s repeated claims that he knew “nothing” about his son’s foreign business dealings and was aware they were improper.

The contents of a 2018 voicemail, discovered on a cell phone backup in Hunter Biden’s infamously-abandoned laptop, reveal that Joe Biden called his son to discuss a New York Times story about the younger Biden’s business ties with Chinese oil giant CEFC, telling him, “I think you’re clear,” according to a Daily Mail report.

“I thought the article released online, it’s going to be printed tomorrow in the Times, was good,” Joe Biden said, according to the report. “I think you’re clear. And anyway if you get a chance, give me a call, I love you.”

During a campaign appearance in Iowa in September 2019, then-presidential candidate Joe Biden said, “I have never spoken to my son about his overseas business dealings,” a claim repeatedly echoed by former White House press secretary, Jen Psaki, and Biden’s chief of staff, Ron Klain.

The unearthed voicemail has prompted Republican lawmakers to renew calls for an investigation into the president’s knowledge and assistance in his son’s overseas business ventures.

“Joe Biden said he ‘never spoke’ with Hunter about his business dealings. That is simply not true. We need to know what Joe Biden knew and when he knew it,” Rep. Elise Stefanik (R-N.Y.), the third-ranking House Republican, told The New York Post Monday.

“This voicemail is just the tip of the iceberg when it comes to the evidence mounting against the Biden Crime Family. When Republicans take back Congress, we will use our congressional power of oversight to uncover the truth for every American as a matter of national security,” Stefanik said.

Republican lawmakers have been laying the groundwork for an extensive probe into the laptop revelations, as well as the media and big tech’s suppression of the story ahead of the 2020 presidential election, should they succeed in reclaiming the House in the November midterms.

Conservatives have long scoffed at the mainstream media’s coverage of the Hunter Biden story, saying that it has constantly been buried and commenting that if the instance had played out in a similar fashion with one of Trump’s children it would be headline news.

CNN, MSNBC, and The New York Times have yet to cover Joe Biden’s voicemail for Hunter about business deals in China.

The 2018 New York Times article Joe Biden referred to in the voicemail addressed Hunter Biden’s business dealings with Chinese oil tycoon Ye Jianming, who headed the CEFC China Company in 2016. Jianming was arrested in China two years later for alleged economic crimes. Joe Biden’s message to his son appears to indicate that he found the Times’ piece to be favorable to the family.

The New York Post broke the story of Hunter Biden’s laptop and its contents in 2018, revealing emails that appear to confirm accusations that Hunter Biden used his family connections to strike multi-million dollar deals with foreign entities in China and Russia.

One email shows that Hunter Biden met with Jianming at a Miami hotel in 2017 to discuss “a partnership to invest in American infrastructure and energy deals.”

Following Jianming’s arrest, his top lieutenant Patrick Ho was convicted of bribery charges in a New York court for allegedly paying officials in Africa to assist Iran in its efforts to evade oil sanctions.

Another email authored by one of Hunter Biden’s business partners, James Gilliar, included an outline for a proposed percentage distribution from the CEFC partnership which included a 10 percent share for Hunter for “the big guy,” an apparent reference to Joe Biden, who was then the Democratic candidate for president.

The 2018 Times report included a quote from Joe Biden’s brother, James, who was asked about receiving a call from Ho following his arrest. James Biden told the newspaper the call was really meant for Hunter Biden.

That remark became a source of ribbing from one of Hunter’s friends who teased him about his uncle outing his relationship to Ho, according to the Daily Mail report.

Former business partner Devon Archer texted Hunter the day after the article was published, writing, “Nice quote from uncle jimmy. I hope you thanked him for that.”

Hunter replied, “Took it totally out of context [actually] the text itself that it was said in. Either way yeah I’m delighted.”

It was later revealed that Ho paid Hunter Biden a $1 million retainer to represent him as his attorney, according to the report.

Federal agents at the time were surveilling Ho as a potential spy for China. Hunter referred to Ho as the “spy chief of China” in a recording discovered on the laptop.

“I have another New York Times reporter calling about my representation of the, literally, Dr. Patrick Ho — the f—king spy chief of China who started the company that my partner [Ye], who is worth $323 billion, founded and is now missing,” Hunter reportedly told a female friend in May 2018. “The richest man in the world is missing, who was my partner.” Jianming has not been seen since his arrest.