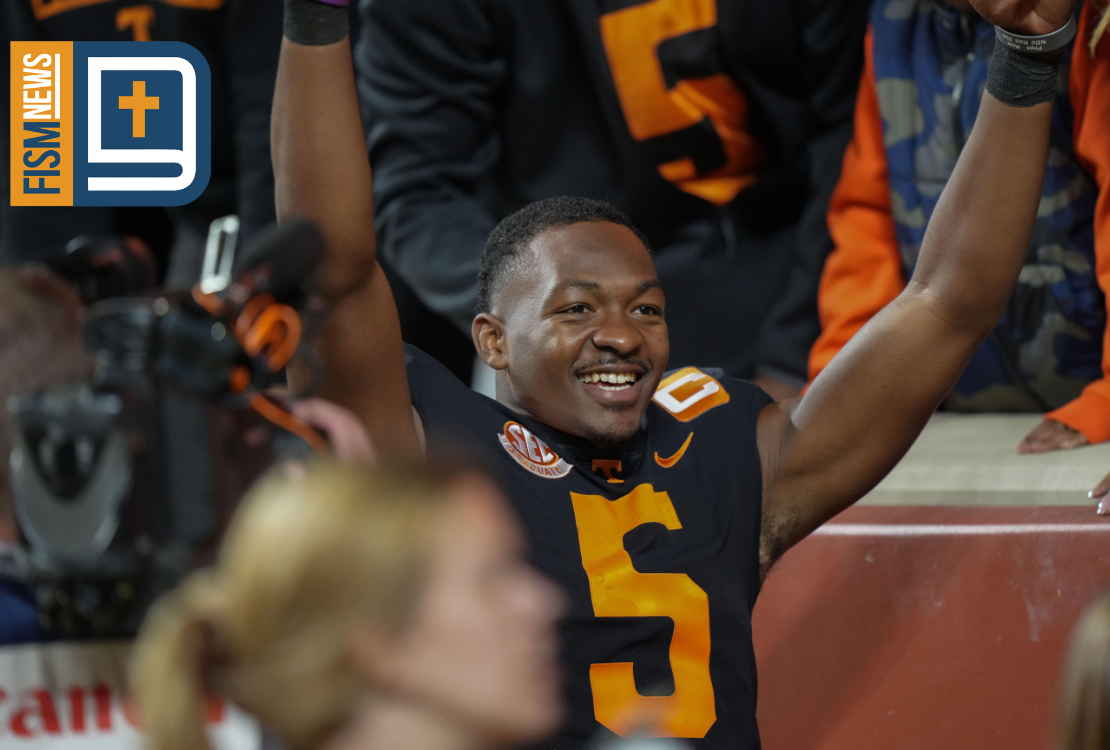 When most people heard the news that the NCAA ruled college athletes could make money off of their names, images, and likenesses (NIL), they focused on the money-making aspect. For two college football quarterbacking brothers, however, the focus was using their platforms to share the beauty of Scripture.

Hendon Hooker is a Heisman Trophy frontrunner who has led the Tennessee Volunteers to an 8-1 start and a No. 5 ranking in the College Football Playoff poll. His little brother, Alston, is a freshman quarterback at North Carolina A&T, where their father, Alan, was an All-American quarterback in the 1980s.

When the NCAA began allowing NIL deals last year, a lesson from the brothers’ childhood inspired them to create a book.

When they were kids, Hendon and Alston’s parents would put flashcards on the refrigerator that contained a letter of the alphabet and a corresponding Bible verse. If the boys wanted a snack, they had to read the verse first.

That simple and wise exercise inspired the Hooker brothers to author “The ABC’s of Scripture for Athletes.” With comic-book-style artwork and a passage from the Bible for each letter of the alphabet, the book is designed to help young athletes and readers memorize Scripture and apply it to their lives.

The book’s website has an encouraging message for readers:

These are some of our family’s favorite scriptures to use to stay encouraged while battling the roller coaster events of what life can bring. These few scriptures will give athletes or anyone a foundation of God’s word to live in their hearts. We encourage you to read them repeatedly until they become an extension of your daily conversation as you pursue what you love.

Even before Tennessee’s red-hot 2022 season — in which the Vols have beaten five ranked teams, including consecutive wins over Florida, LSU, and Alabama — Hendon began getting national attention for the book. ESPN Senior Writer Heather Dinich mentioned Hooker and his book as a highlight of the SEC media days this summer.

The highlight of ⁦@SEC⁩ media days for me has been easily – hands down – getting to know the players. How about ⁦@henhook2⁩ and the book he wrote? Oh yeah, he also stopped by ⁦@NasdaqExchange⁩ and day trades with his sister, is working on his masters degree! pic.twitter.com/8Pqdz1JbEU

Hendon told the Knoxville News Sentinel that his six-year-old cousin, Landon, was the inspiration for the book’s target audience. He said all his cousin wanted to do was play football like he and Alston. The brothers designed the book to encourage Landon to read more and show him the importance of Scripture.

“We put some nice graphics in there to be a little appealing to the child’s eye but it’s also a book that can be read by any group when you’re looking to build your faith and get into a little Scripture as well,” Hendon said on The Paul Finebaum Show.

The book is available at HookedOnSports.org for $19.99. The site also offers accompanying Scripture flashcards, but the flashcards are marked “Out of Stock” as of the publication of this story.

Train up a child in the way he should go, and when he is old he will not depart from it. – Proverbs 22:6

The Hooker boy’s parents clearly understood the truth in this verse and applied it in their parenting. A simple exercise that prompted and instantly rewarded the speaking and memorization of Scripture by their sons instilled in them lessons that have stuck with them.

Now, those same boys are young men with massive platforms, which they are using to spread the Gospel and instill in young people the same Biblical lessons their parents instilled in them years ago.

This year, Hendon Hooker has become one of the biggest stars in the multi-billion-dollar industry that is college football. He plays in front of more than 100,000 fans at home games and has sparked more excitement and football success than Knoxville, Tennessee has seen in more than two decades.

It would be easy for him to fall into the traps of fame, money, and self-worship. However, the Lord is with Hendon and he is shining the spotlight where it truly belongs, on Christ Jesus. In the process, he is storing up treasures in heaven.

We, too, should pray to store up treasures in heaven, so that our hearts may remain pure and focused on God and His glory. Those of us with children should learn from Hendon’s parents, as well, and instill Biblical knowledge and truth in our children that will benefit them for eternity.

A Moment In History: Sherman’s March to the Sea