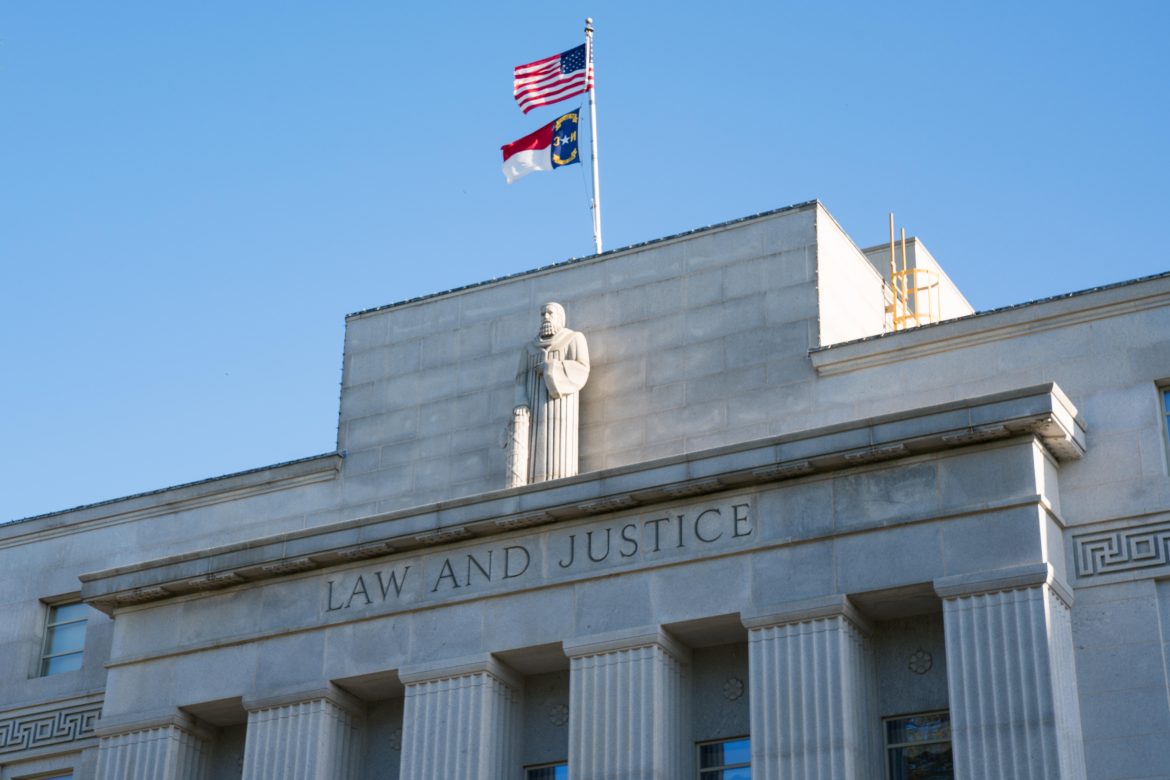 Voters in North Carolina will no longer be required to prove they are who they say they are by showing photo identification before voting.

In a 4-3 decision, North Carolina’s Supreme Court struck down the state’s voter identification requirement on Friday, with the Democratic majority ruling that it violated the state’s constitution and that it was “enacted with a racially discriminatory purpose.” The court’s four Democrats outvoted the three Republicans on the bench two weeks before they’re set to lose their majority.

Associate Justice Anita Earls wrote in the court’s majority opinion that “the provisions enacted were formulated with an impermissible intent to discriminate against African American voters in violation of the North Carolina Constitution.”

Republican Associate Justice Phil Berger Jr. wrote the dissenting opinion in this case saying that the law was enacting the will of the people from a 2018 referendum vote and in no way discriminatory:

In November 2018, the people of North Carolina overwhelmingly amended their constitution to include a voter-ID requirement based upon a simple belief — that would-be voters should be required to identify themselves prior to casting a ballot. Enabling legislation in the form of S.B. 824 was passed to effectuate the requirements of that constitutional amendment.

The plain lang uage of S.B. 824 shows no intent to discriminate against any group or individual, and there is no evidence that S.B. 824 was passed with race in mind, let alone a racially discriminatory intent. The majority relies, as it must, on a misapplication of relevant case law and on its own inferences to reach a contrary result.

Friday’s court ruling, however, won’t stop lawmakers from introducing and possibly passing another version of the photo ID law that was shot down.

Senate leader Phil Berger, father of Justice Berger stated his plans in a news release: “If Democrats on the state Supreme Court can’t respect the will of the voters, the General Assembly will. Regardless of the policymaking goals of the activist justices, the people of North Carolina overwhelmingly support voter ID laws. I look forward to respecting their wishes and passing a new voter ID law next year.”

Voting laws in North Carolina received the attention of the highest court in the land this summer. FISM News reported on a United States Supreme Court ruling that allowed North Carolina Republican lawmakers to defend the state’s voter ID laws.

Once again the Usurper Four have proven their loyalty to partisanship over a commitment to the North Carolina Constitution and the voters who gave them the privilege to sit on the state’s highest court,” he wrote in part. “Their ruling to overturn the constitutionally passed voter ID law shows how little they think of our constitution and people. Thankfully, voters are smart and they saw fit to give hyper-partisan justices the pink slip this past November. We expect the new conservative Supreme Court to honor the will of North Carolinians in 2023.

On Twitter, Bryson shared an explanation of the ruling by the North Carolina Institute for Constitutional Law. As a part of that explanation, researchers noted that the timeline for the ruling was rushed.

“Today’s decision on the legislation required by that amendment is the result of the NC Supreme Court taking this case on an unusual and unjustifiable pace,” the document reads. “This case was decided at the trial level and appealed to the Court of Appeals. But, the Court of Appeals did not get a chance to decide the case. The NC Supreme Court ordered the case bypass the lower appeals court—a decision criticized as overtly political at the time and criticized in today’s dissenting opinion. Expeditated review in this case is especially disturbing because the remand proceedings in the other case, NC NAACP v. Moore, is still pending.”

Legislatures in several states have recently passed similar voter ID laws like the one shot down in North Carolina, arguing they are needed to prevent voter fraud.