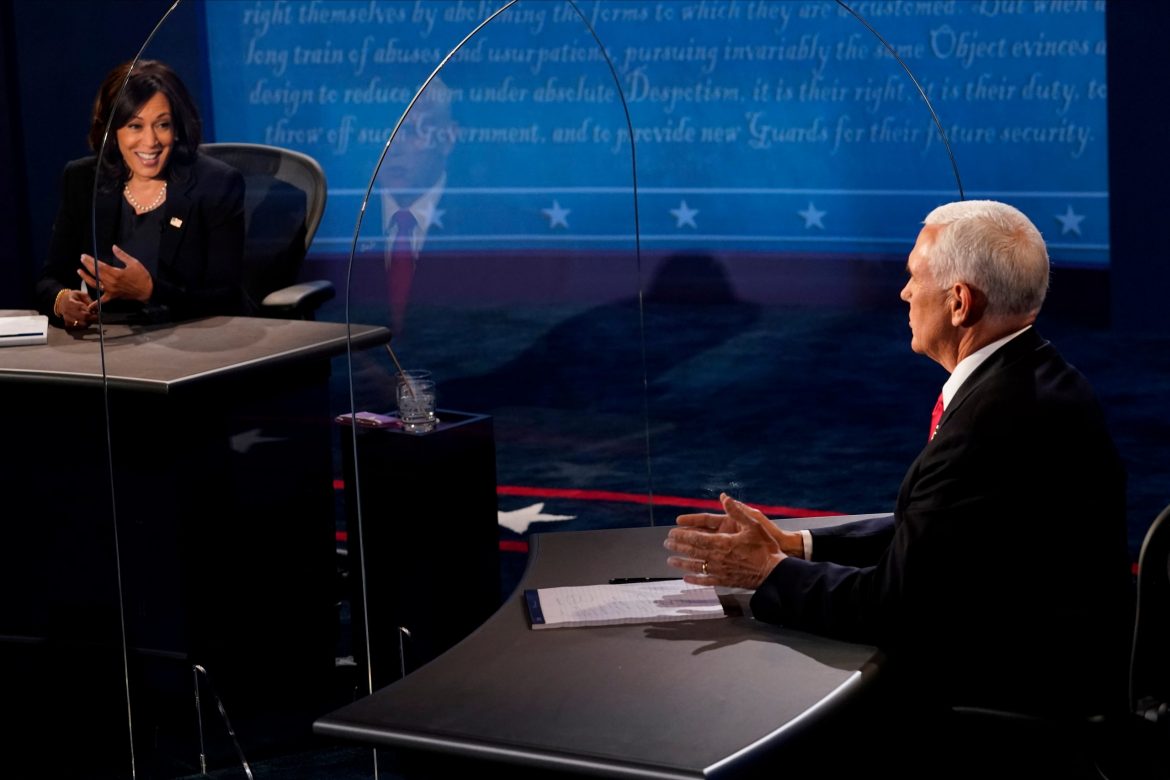 Trump’s COVID-19 diagnosis, along with his age and that of Biden, added weight to the debate, as both Pence, 61, and Harris, 55, sought to demonstrate they were capable of assuming the office if needed. Either the Republican Trump, 74, or Biden, 77, would be the oldest U.S president to be sworn into office if victorious in November.

Harris, the California U.S. senator and former state attorney general, immediately went after Trump’s record on the pandemic. In response, Pence blamed China for the pandemic and touted the U.S. administration’s efforts to battle the disease, including Trump’s decision in late January to restrict travel from the pandemic’s epicenter in China.

Harris faulted the Trump administration for trying to invalidate the Affordable Care Act (ACA) healthcare law in the midst of a pandemic. Pence called the ACA, popularly known as Obamacare, a “disaster.”

Pence attacked Harris by turning the focus to the economy and tax policy, saying: “On Day One, Joe Biden’s going to raise your taxes” by repealing the Trump tax cuts. Harris responded by saying that Biden has vowed not to raise taxes on anyone making less than $400,000 a year.

The vice president also asserted that Biden would ban fracking and embrace the Green New Deal, a massive environmental proposal backed by liberal Democrats. Asked about a potential vaccine, Harris said she would only trust the word of scientists, rather than that of Trump.

Harris, the first Black woman to serve on a major-party presidential ticket, also attacked Pence on race relations, claiming Trump turned down an opportunity to denounce white supremacists at last week’s debate with Biden. In response, Pence accused the media of taking Trump’s words out of context and said the president had repeatedly disavowed racist groups.