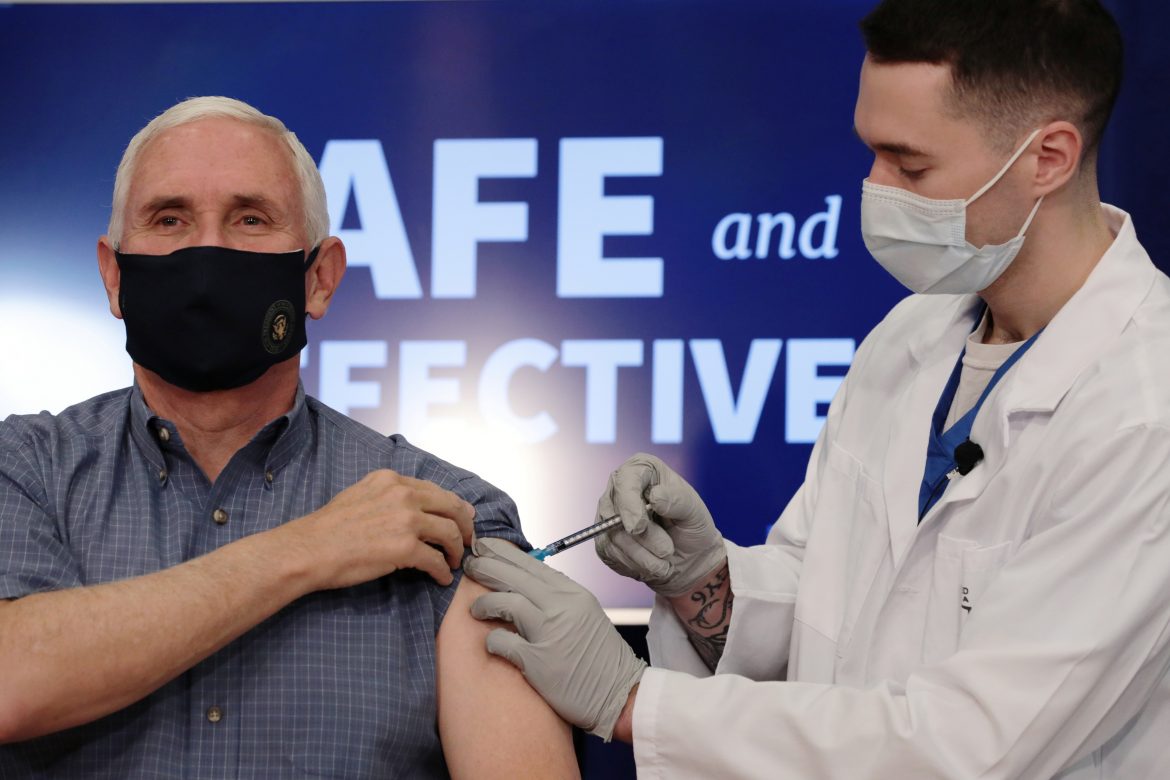 Friday morning Vice President Mike Pence along with second lady Karen Pence received the coronavirus vaccine in a televised event in hopes of vouching for its safety. Surgeon General Jerome Adams took the shot as well.

Pence praised the speed of the vaccine’s development, while assuring the public of its quality. After taking the shot Pence said, “Make no mistake about it. It’s a medical miracle.” He continued, “Today, Karen and I wanted to step forward and take this vaccine to assure the American people while we cut red tape, we cut no corners.”

Will COVID Vaccines End The Pandemic?