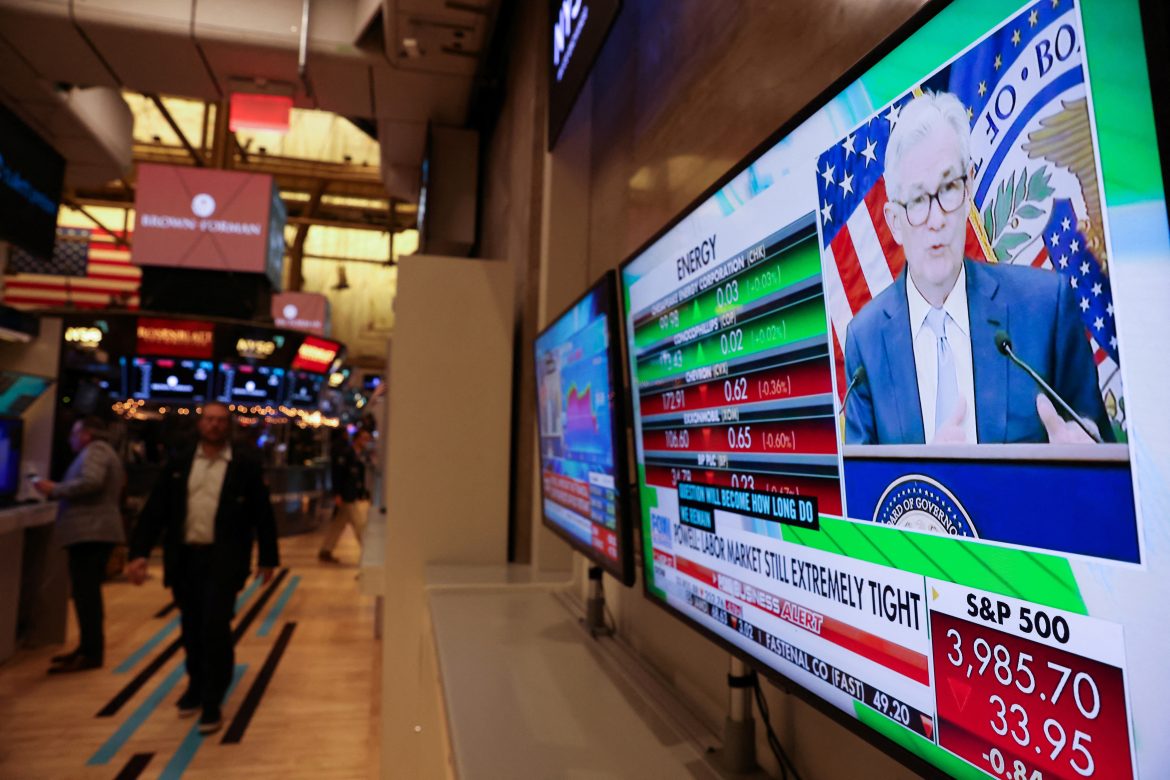 U.S. stock indexes fell sharply on Thursday, with the Dow on track for its steepest single-day fall in three months, as the Federal Reserve’s guidance for protracted policy tightening quelled hopes of the rate-hike cycle ending anytime soon.

The benchmark S&P 500 and tech-heavy Nasdaq were also set to notch their worst single-day performance in six weeks.

The U.S. central bank hiked rates by 50 basis points on Wednesday, slowing down from four back-to-back 75 bps hikes, although Fed Chair Jerome Powell said recent signs of weakening inflation have not brought any confidence yet that the fight had been won.

The Fed projected continued rate hikes to above 5% in 2023, a level not seen since a steep economic downturn in 2007.

“The issue was the market was looking for rate cuts in 2023 and that’s not compatible with any credible economic scenario because you’d need to have quite a collapse in economic activity and a speedy deterioration of the labor market,” said Willem Sels, global CIO, private banking and wealth management at HSBC.

Money market participants expect at least two 25 bps rate hikes next year and borrowing costs to peak at 4.9% in the first half, before falling to around 4.4% by year-end.

Wall Street’s main indexes staged a strong recovery since hitting 2022 lows in October on hopes of a less aggressive Fed, but the rally stalled in December amid mixed economic data and major U.S. executives flagging increased chances of a recession.

“Today’s data reinforces what Powell was saying yesterday that this is going to take time and the market seems to want to try and fast forward through the messy parts and it’s just not going to be able to do that because the Fed is not going to let it,” said Sameer Samana, senior global market strategist at Wells Fargo Investment Institute.

Most major central banks have embarked on a hawkish path in their battle against stubborn inflation, with the Bank of England and the European Central Bank further indicating an extended hiking cycle on Thursday.

All the 11 major S&P 500 sectors were in the red, with communication services and technology stocks falling over 3% and bearing the brunt of selling pressure.

Shares of mega-cap companies such as Apple Inc, Amazon.com Inc, and Microsoft Corp dropped over 3% each.

Netflix Inc slumped 7.7% after a media report that the company would let its advertisers take their money back after missing viewership targets.