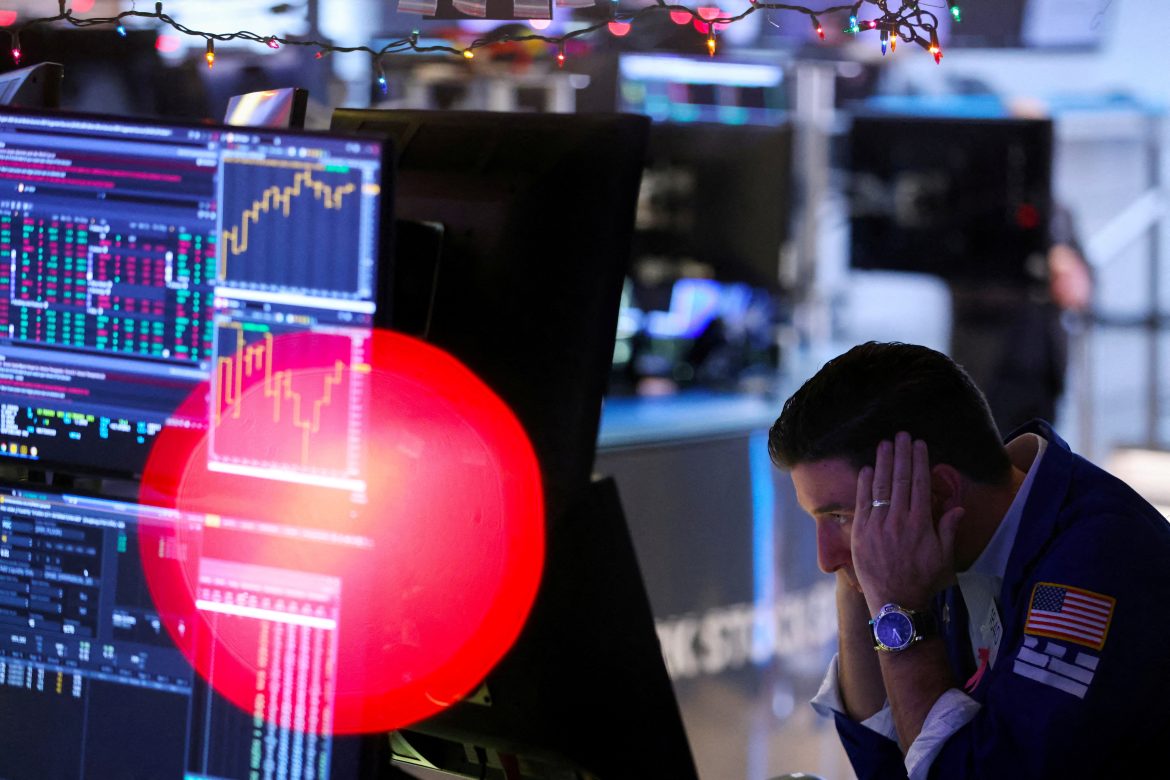 U.S. stocks extended their three-day sell-off and Treasury yields advanced on Monday as a lack of market catalysts did little to move risk-off sentiment at the beginning of a likely low-volume, pre-holiday week.

All three major U.S. stock indexes were lower as investors resumed last week’s flight to safety, which was driven by recession worries and the Federal Reserve’s renewed hawkish vow to tackle decades-high inflation.

“It looks a lot like what we saw last week, energy is following oil prices and everyone else is worried about recession and higher rates and there’s not a lot of news to reverse the trend,” said Rob Haworth, senior investment strategist at U.S. Bank Wealth Management in Seattle. “So negative sentiment is reinforcing negative sentiment, feeding on itself.”

With just two weeks remaining in 2022, the S&P 500, the Dow and the Nasdaq are on track to notch their largest annual percentage losses since 2008, the nadir of the global financial crisis.

But Haworth says “This just isn’t 2008, this is not an economy with a lot of bad debt that needs to be reconciled,” adding that “There’s a risk of a mild recession, (but) consumer balance sheets, corporate balance sheets are strong.”

Market participants have been caught in a tug-of-war between signs of economic softness which could translate to a dovish pivot from the Federal Reserve, hopes that were dashed when the central bank downgraded its economic outlook and warned that restrictive interest rates will rise higher and last longer than many might have hoped.

Data released this week, including housing starts, existing home sales, consumer spending, and inflation are likely to provide a sharper focus on the extent to which the central banks’ efforts to toss cold water on the economy are having their intended effect.

U.S. Treasury yields rose as investors considered how high the Federal Reserve will hike interest rates and how long they will remain at restrictive levels in its battle against inflation.

The dollar edged lower against a basket of world currencies, which were boosted by a steadying risk appetite.

Crude prices rebounded on hopes of strengthening demand in the wake of China’s relaxation of its zero-COVID policy, but recession jitters held those gains in check.