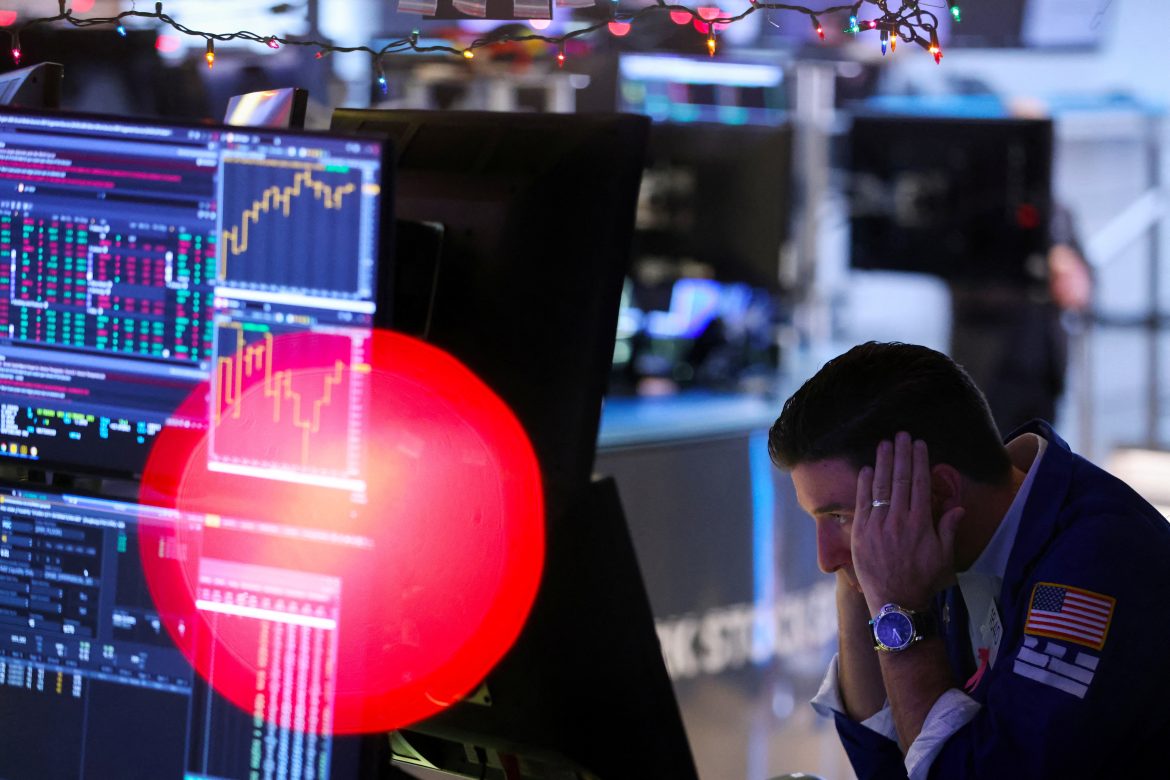 U.S. stocks were lower on Wednesday following a policy announcement by the Federal Reserve that raised interest rates by an expected 50 basis points, but its economic projections see higher interest rates for a longer period.

The central bank raised interest rates by half a percentage point on Wednesday and projected at least an additional 75 basis points of increases in borrowing costs by the end of 2023, as well as a rise in unemployment and a near-stalling of economic growth.

The Fed’s latest quarterly summary of economic projections shows U.S. central bankers see the policy rate, now in the 4.25%-to-4.5% range, at 5.1% by the end of next year, according to the median estimate of all 19 Fed policymakers, up from the 4.6% view at the end of September.

Investors will now look to comments from Chair Jerome Powell’s news conference for more insight into the path of the central bank’s path of rate hikes as it continues to fight high inflation.

Economic data on Tuesday which showed cooling consumer inflation for November had heightened expectations a move by the Fed to stop rate hikes may be on the horizon next year.

“The rate hike was not the story here; the story was the change in the SEP (summary of economic projections),” said Ellen Hazen, chief market strategist at F.L.Putnam Investment Management in Wellesley, Massachusetts.

The strategy of aggressive interest rate increases by major central banks around the world this year has increased worries the global economy could be pushed into a recession and weighed heavily on riskier assets such as equities this year.

Each of the three major averages on Wall Street is on track for its first yearly decline since 2018, and the biggest yearly percentage decline since the financial crisis of 2008.

Declining issues outnumbered advancing ones on the NYSE by a 2.08-to-1 ratio; on Nasdaq, a 1.77-to-1 ratio favored decliners.  The S&P 500 posted seven new 52-week highs and two new lows; the Nasdaq Composite recorded 66 new highs and 185 new lows.

A Moment In History: Joseph of Nazareth