Walmart gunman railed at co-workers in ‘death note’ before shooting 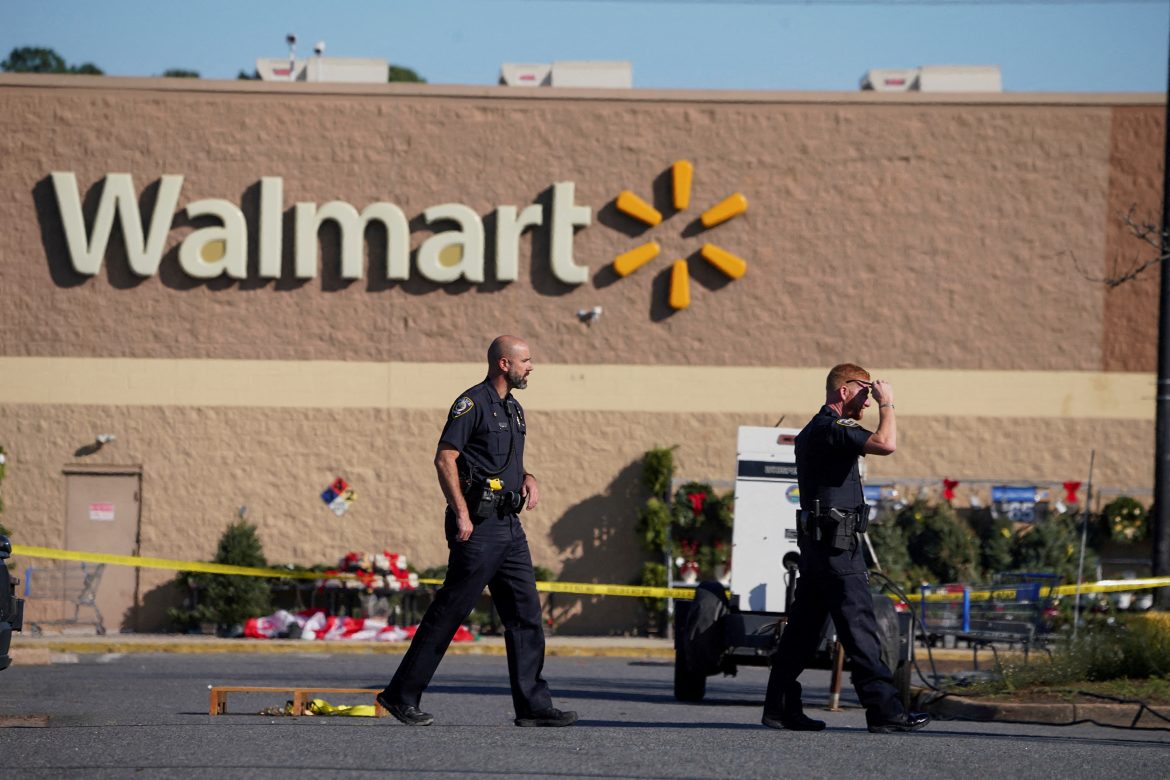 A Walmart supervisor who killed six co-workers at a store in Virginia on Tuesday bought a handgun the day of the shooting and left a rambling note on his cellphone in which he railed against other employees who he felt had mocked and betrayed him.

Information on the firearm purchase and note was released by the city of Chesapeake on Friday in an update on its investigation into the shooting, in which 31-year-old Andre Bing opened fire on other workers before turning the gun on himself.

Bing, an overnight shift team leader, was armed with a handgun when he shot some but not all of the employees assembled in a break room prior to their shift on Tuesday, witnesses, and police said, raising the prospect he targeted individuals.

In a search of his home, investigators found ammunition and various items related to the 9mm handgun, including a receipt, according to the update from Chesapeake, a city of 251,000 people about 200 miles south of Washington.

“The gun was legally purchased from a local store on the morning of Tuesday Nov. 22. He had no criminal history,” the city said in a statement on Friday.

In his note, Bing made reference to an unspecified work failure on his part and perceived slights from co-workers, who he felt were mocking him. He said he believed his phone had been hacked and “was giving the worst feeling imaginable.”

“The associates gave me evil twisted grins, mocked me, and celebrated my downfall the last day,” he wrote. “That’s why they suffer the same fate as me.”

Bing also wrote in the document titled “death note” that he planned to spare a person, whose name was redacted, because she had a special place in his heart, citing his own mother’s death from cancer.

Asked to comment on Bing’s note, Walmart said in a statement: “There is nothing that can justify taking innocent lives. Our focus continues to be on the families who are grieving and supporting our associates through this difficult time.”

In addition to the seven dead, including Bing, two people are being treated in area hospitals. One is in critical condition and one’s condition is improving, the city said.

The victims ranged in age from a teenage boy to a 70-year-old man. A vigil was held for the 16-year-old victim, Fernando Chavez-Barron, outside the Chesapeake Walmart on Thursday, with friends and family describing him as humble and intelligent, according to the Virginian-Pilot newspaper.

On Friday, Chesapeake Mayor Rick West invited the community to a vigil on Monday evening to remember all the victims. The event will be held at a city park about three miles south of the cavernous Walmart Supercenter where the shooting occurred.

Pastors: Parishioners more loyal to their political party than their faith