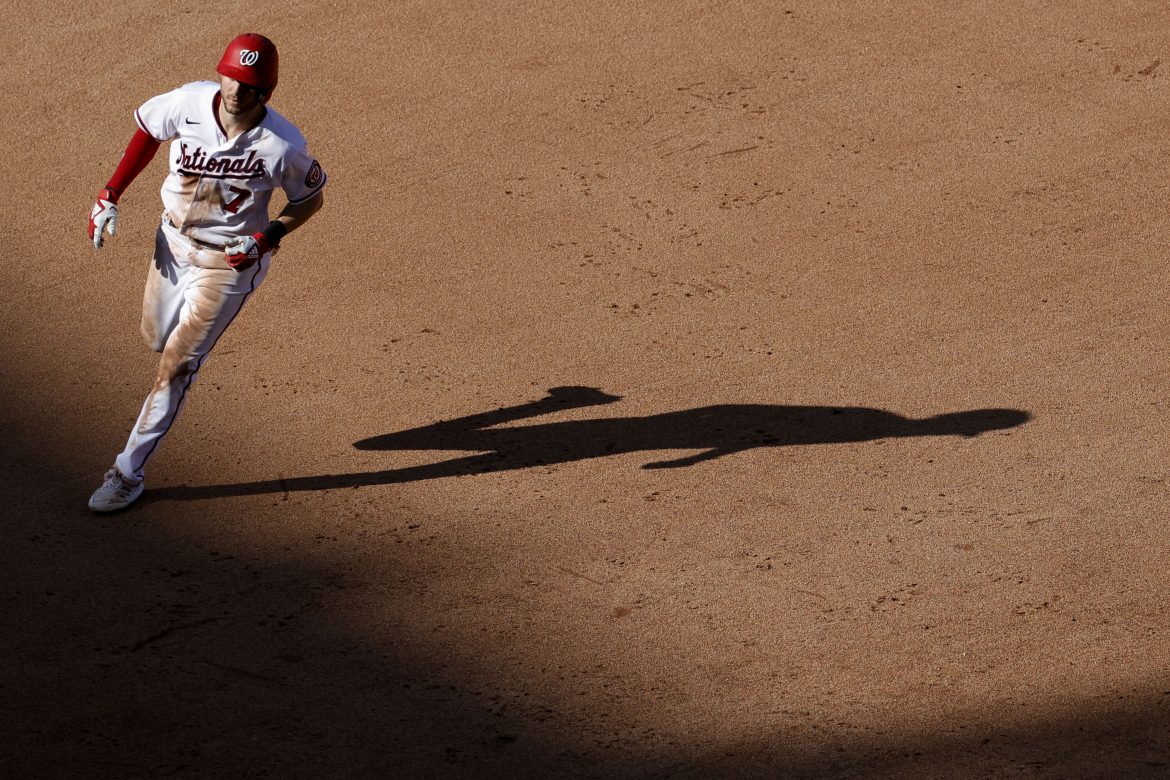 Whenever a player hits for the cycle (hitting a single, double, triple, and homerun) in a game, it is always exciting.  This rare feat was accomplished in the Nation’s Capital on Wednesday.

Washington Nationals’ shortstop Trea Turner hit for the cycle on his 28th birthday, as the Nationals routed the Tampa Bay Rays 16-5 before a delighted mid-afternoon home crowd.  Turner singled in the first inning, doubled in the third, then hit a homerun in the fourth (number 14 on the season).  Still needing a triple, easily the hardest hit of the cycle to accomplish, Turner came to the plate in the sixth inning and drove a hard line drive to the right field corner.  The play ws close, but the speedy Turner beat the cutoff throw to third with a headfirst slide, completing the rare feat in one of the most exciting ways possible.

It was a special day for Turner, who tied a major league record with the four hits.  To date, no player in the modern era has surpassed three cycles in their career.  Turner hit the third of his career on Wednesday, and at only 28 years of age, he is likely to become break the record later in his career.

Turner joins the company of four other former players with three career cycles – Adrian Beltre, Bob Meusel, Babe Herman, and John Reilly.  Washington improved to 40-38 on the year with the victory.