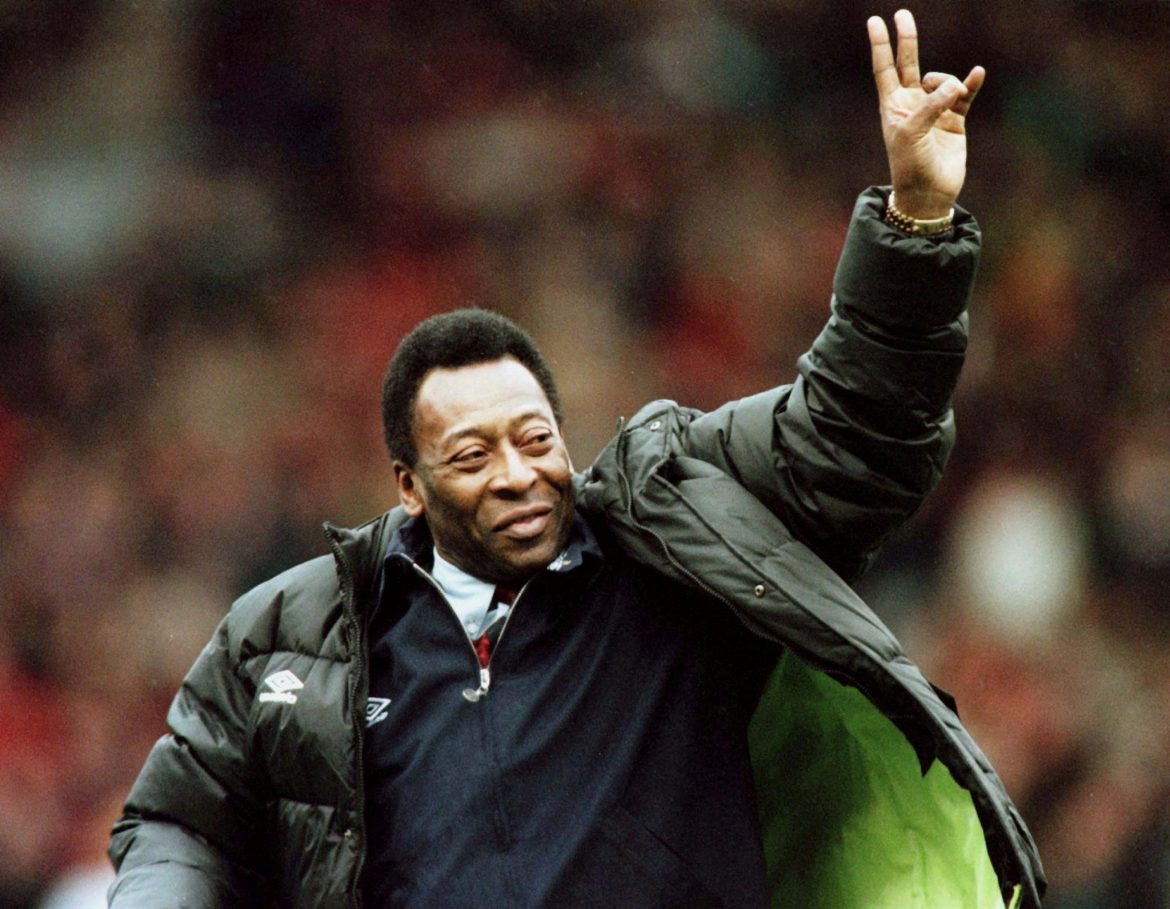 Brazil on Friday mourned the death of one of its brightest stars, soccer legend Pele, who died at the age of 82 after battling colon cancer for just over a year.

Outside Sao Paulo’s Albert Einstein hospital, where Pele had been undergoing treatment, fans gathered to mourn the loss of one of the greatest-ever exponents of the beautiful game, displaying Pele memorabilia on a clothesline by the entrance.

“I’ll never forget him, the Brazilian king of soccer,” said 67-year-old Antonio da Paz. “He provided us with joy even in our saddest times.”

Monuments have been lit up to honor Pele, including Rio de Janeiro’s Christ the Redeemer statue and Sao Paulo’s NeoQuimica Arena, where the opening match of the 2014 World Cup was played.

Edson Arantes do Nascimento — Pele’s given name — died on Thursday at 3:27 p.m. local time “due to multiple organ failures resulting from the progression of colon cancer associated with his previous medical condition,” the hospital said in a statement.

Pele’s wake will take place on Monday, after the inauguration of President-elect Luiz Inacio Lula da Silva, in the center of the field at the stadium of Santos, his hometown club.

The next day, a procession carrying his coffin will pass through the streets of the coastal city of Santos, ending at the Ecumenical Memorial Necropolis cemetery, where he will be buried in a private ceremony.

Pele was the most successful international soccer player in history and is still widely considered the best to ever play the game. He led Brazil to an unprecedented three World Cup titles (1958, 1962, 1970), scoring 77 goals in 92 appearances for his national team along the way.

Later in his career, in 1974, Pele joined the New York Cosmos of the North American Soccer League, bringing fervor and popularity to the league and the sport never before seen in the United States. In 1977, a record 77,891 fans packed Giants Stadium to watch Pele and the Cosmos route the Fort Lauderdale Strikers in the quarterfinal of the Soccer Bowl.

That remained the largest crowd to watch a professional soccer match in the U.S. until the 1996 Inaugural Major League Soccer All-Star Game. It still remains the largest crowd to watch a professional regular or post-season soccer match between two U.S.-based club teams. LA Galaxy and Charlotte FC of MLS fell just short of breaking the record earlier this year when 74,479 fans attended the game in Charlotte.

The timing of his death is certainly poetic. Before his death, Pele got to see the Brazilian team he led hold onto the title of “Last Team to Win Back-to-Back World Cups.” They’ve held that title now for 60 years, as a penalty-kick loss to Argentina in the final stopped France’s run at the elusive feat.

Pele also got to watch the man who many believe has unseated him as the greatest of all time, Lionel Messi, win his first World Cup.

With another face carved alongside his on the imaginary Mount Rushmore of soccer, and his Brazil team’s legacy as the greatest ever secured for at least a few more World Cup cycles, the man who made soccer popular in the United States passed on. A devout Catholic, Pele had certainly heard the good news of Jesus Christ. I pray he confessed Jesus Christ as Lord and is with Him now for eternity. He is mourned by the world.