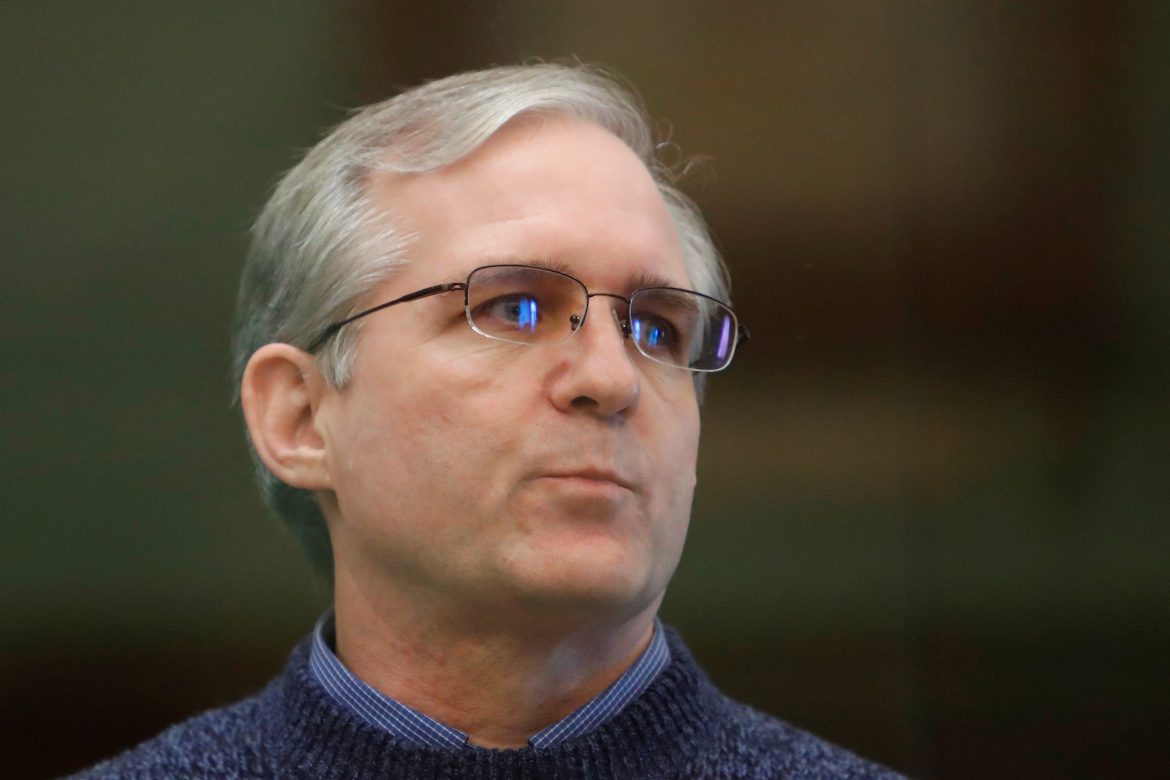 Wednesday marked the fourth anniversary of former Marine Paul Whelan’s detainment in Russia, and the Biden administration seems as far away as ever from securing his release.

“How do you mark such an awful milestone when there is no resolution in sight?” Whelan’s brother, David Whelan, said in a statement. “It is both awful and mundane, just another day that Paul has to suffer in a Russian labor colony for being in the wrong place at the wrong time.”

David continued, “It is both a culmination of lost life — four years of missed birthdays, Christmases, and other experiences — and also not an endpoint. It’s merely a marker of their suffering, not an indicator that the suffering will come to an end before another milestone, another year passes.”

Various high-ranking Biden administration officials used the anniversary of Whelan’s arrest to issue grand statements in support of his freedom, but the hard fact is that Whelan is no closer to getting home today than he was one, two, or three years ago.

“[The] president and I have told the Whelan family, we will not stop, we will not relent, we will not cease until all Americans can celebrate Paul’s return,” National Security Advisor Jake Sullivan said in a statement.

Russia has convicted Whelan of having engaged in espionage, a charge he has steadfastly denied but one which has landed him in a prison labor camp on a 16-year sentence.

Secretary of State Antony Blinken described Whelan as having been subjected to “an unfathomable ordeal.”

“Russian authorities subjected him to a secret trial and sentenced him to 16 years in a Russian penal colony based on secret evidence,” Blinken said in a statement.

His detention remains unacceptable, and we continue to press for his immediate release at every opportunity. I am committed to bringing home Paul and all U.S. hostages and wrongful detainees held around the world. As the president said directly to the Whelan family, our efforts to secure Paul’s release will not cease until he is back home with his family where he belongs.

AN ATHLETE, AN ARMS DEALER, AND A FORGOTTEN MARINE

Biden and company have recently been under fire for having managed to secure the release of WNBA star Brittney Griner, who had been held in a penal colony after having been convicted on a drug charge, but not Whelan.

Numerous critics, mostly on the right, felt that the Biden administration’s willingness to swap international arms dealer Viktor Bout for Griner was a lopsided exchange and wondered why Whelan couldn’t have also been freed.

“Today marks four years since American veteran #PaulWhelan was wrongfully detained in #Russia,” Sen. James Risch (R-Idaho), the ranking member of the Senate Foreign Relations Committee, tweeted. “Four years of missed Christmases, birthdays, family milestones — all while living in horrific conditions. He should be released and the Biden Admin must do more to bring him home.”

Today marks four years since American veteran #PaulWhelan was wrongfully detained in #Russia. Four years of missed Christmases, birthdays, family milestones – all while living in horrific conditions. He should be released and the Biden Admin must do more to bring him home.

Republicans are in no position to offer direct help. Such matters are the purview of the executive branch, meaning that only Biden or his lieutenants can act in Whelan’s immediate interest now.

The Whelan family, while certainly disappointed, did not join the chorus of critics when Griner was freed. Even Paul expressed joy to learn that Griner was no longer detained.

“Paul and the Whelan family recently showed the entire country the meaning of generosity of spirit in celebrating a fellow American’s return while Russia continues its deplorable treatment of Paul as a bargaining chip,” Sullivan said. “I am grateful for the partnership of the Whelan family as we work to reunite them with Paul. And I am thinking about them, and about Paul, on this day, especially.”

Since her return to the U.S., Griner has urged her supporters to support Whelan both through writing letters of support to him and by continuing to agitate for his release.

“My family is whole and now, thanks to you, we are fortunate to get to spend the holidays together,” Griner wrote on Instagram. “However, there remain too many families with loved ones wrongfully detained. Those families stood alongside you and all who supported the #WeAreBG campaign to bring me home, and it’s our turn to support them. I hope you’ll join me in writing to Paul Whelan and continuing to advocate for other Americans to be rescued and returned to their families.”