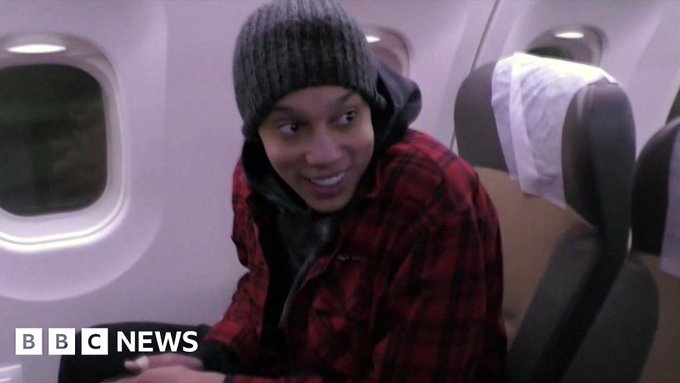 The White House on Thursday defended itself against backlash over the Brittney Griner prisoner swap with Russia for convicted international terrorist Viktor Bout in a deal that left U.S. Marine Paul Whelan behind.

Bout, the notorious Russian arms dealer who earned the moniker “merchant of death,” was convicted in 2011 on charges of conspiracy to kill Americans. Griner, a WNBA basketball star, was arrested at a Moscow airport on charges that vape cartridges containing cannabis oil were found in her luggage. Griner pled guilty to the charges but claimed she was unaware that the drug is illegal in Russia.

“This is a gift to Vladimir Putin, and it endangers American lives. Leaving Paul Whelan behind for this is unconscionable” House Minority Leader Kevin McCarthy said on Twitter.

"Merchant of Death"—That's the nickname of the prisoner Biden returned to Putin. He was convicted of conspiring to kill American law enforcement.

This is a gift to Vladimir Putin, and it endangers American lives.

Leaving Paul Whelan behind for this is unconscionable.

Foreign Affairs Committee ranking member Michael McCaul (R-Texas) said that, while he was “relieved” at the news of Griner’s release, “trading Viktor Bout — a dangerous convicted arms dealer who was in prison for conspiring to kill Americans — will only embolden Vladimir Putin to continue his evil practice of taking innocent Americans hostage for use as political pawns,” The New York Post reported

“We cannot ignore that releasing Bout back into the world is a deeply disturbing decision,” Sen. Bob Menendez (D-N.J.), the chairman of the Senate Foreign Relations Committee, said in a statement. “We must stop inviting dictatorial and rogue regimes to use Americans overseas as bargaining chips, and we must try to do better at encouraging American citizens against traveling to places like Russia where they are primary targets for this type of unlawful detention.”

John Bolton, former President Donald Trump’s national security adviser, called the arrangement “an American surrender,” arguing that releasing a convicted international terrorist for a basketball player was “not a trade.”

“This is not what American strength looks like,” Bolton wrote on Twitter Thursday. “Terrorists and rogue states are smiling.”

White House Press Secretary Karine Jean-Pierre was forced to defend the swap at a briefing announcing Griner’s release. Jean-Pierre acknowledged that “immediate results can feel unfair or arbitrary” when it comes to prisoner exchanges.

“Negotiations for release of wrongful detainees are often very difficult, that’s just a reality,” she said when pressed about Whelan’s continued detainment, adding that the administration “made every possible offer available to us to secure Paul’s release” but that “there was no way to bring Paul home right now. “

“This was someone who had conspired to sell AK-47s that he knew would’ve been used to kill Americans…law enforcement officials may not be happy with his release.”

Asked to respond to critics who have said Bout’s release poses a security threat to the U.S., the press secretary responded that “what we have said is that the president did not make this decision lightly — just want to make that very clear — but he believed it was the right thing to secure Brittney’s release. And we are going to stay vigilant.”

When asked if Russia got a better deal in the swap, Jean-Pierre said, “Our choice was Brittney or no one at all.”

Critics who have questioned whether the U.S. may have worked harder to secure Griner’s release than Whelan’s because of her celebrity status — as well as her seat high atop the woke ideology’s platform of perceived oppression — were likely piqued when Jean-Pierre lauded Griner as “an important role model and inspiration to millions of Americans, particularly the LGBTQI+ Americans and women of color.”

Whelan’s brother, David Whelan, congratulated Griner on her release in a statement, but also questioned why his brother was left behind for a second time in a prisoner exchange with Russia, with the last instance occurring in April.

“Brittney is free. And Paul is still a hostage. But how many more times do I need to write that?” he continued. “Despite the possibility that there might be an exchange without Paul, our family is still devastated. I can’t even fathom how Paul will feel when he learns. Paul has worked so hard to survive nearly 4 years of this injustice.”

Whelan is being detained at a Russian penal colony where he is in his fourth year of a 16-year sentence on espionage charges.

“How do you continue to survive, day after day, when you know that your government has failed twice to free you from a foreign prison?” David added.

When pressed on the subject, Jean-Pierre responded that “this negotiation was between the U.S. government and Russia, and that’s how we were able to secure Brittney’s — Brittney’s release. And I won’t have — I don’t have anything further to share on that,” though she acknowledged that the UAE provided “an important transit site to facilitate the exchange,” which took place at the Abu Dhabi airport.

One reporter pointed out that U.S. officials thanked the UAE on a background call about Griner’s release earlier in the day, asking if the government would express similar gratitude to bin Salman, at which point Jean-Pierre cut the reporter off, stating: “Again, the only countries that negotiated this deal were the United States and Russia, and there was no mediation involved. We are grateful for the UAE — as the president mentioned, as I am mentioning now — for facilitating the use of their territory for the exchange to take place.”