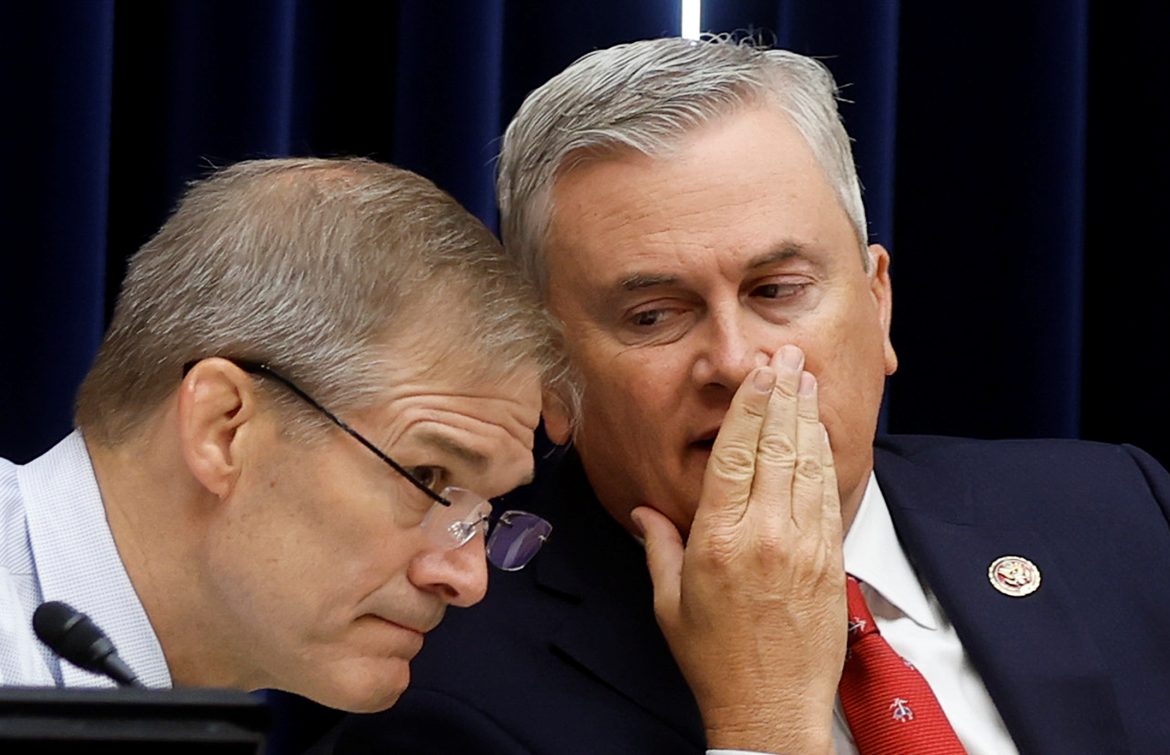 Although the Biden administration might only be able to outright refuse requests from Republicans in the House for a few more days, the White House has signaled it will stall for as long as it can and then likely stall some more in an attempt to disrupt a litany of Republican investigations.

Thursday, White House Special Counsel Richard Sauber told two Republicans who have already requested various documents and records that he would not honor the request until at least Jan. 3, when the new Congress is sworn in.

But this refusal was not just a matter of asking the congressmen — Ohio’s Jim Jordan and Kentucky’s James Comer — to wait a few days. Sauber has also informed the GOP that it will have to resubmit its requests after Republicans assume control of the House.

“Congress has not delegated such [oversight] authority to individual members of Congress who are not committee chairmen, and the House has not done so under its current Rules,” Sauber wrote to the congressmen in a pair of letters first reported on by Politico.

He added, “Should the Committee issue similar or other requests in the 118th Congress, we will review and respond to them in good faith, consistent with the needs and obligations of both branches. We expect the new Congress will undertake its oversight responsibilities in the same spirit of good faith.”

Since before the midterm elections, Republicans have been planning for the eventuality of being able to launch investigations into the Biden administration’s handling of the withdrawal from Afghanistan, COVID-19, and the curriculum debates being waged between parents and school boards, among other things.

Sauber’s refusal was met with derision from the right.

“President [Joe] Biden promised to have the most transparent administration in history but at every turn the Biden White House seeks to obstruct congressional oversight and hide information from Americans,” Comer tweeted, echoing remarks he made on Fox News. “@GOPoversight is undeterred. We will get answers.”

President Biden promised to have the most transparent administration in history but at every turn the Biden White House seeks to obstruct congressional oversight and hide information from Americans.@GOPoversight is undeterred. We will get answers. @FoxNews @jasoninthehouse pic.twitter.com/S1cr04eFyp

In an earlier tweet, Jordan wrote, “Can you imagine how different things would be if the “media” covered both sides fairly?”

Perhaps the most important angle to this story was not what Sauder said, but what he didn’t say. Specifically, he never indicated that the White House would necessarily honor any requests in the future. He said only that the administration would “review and respond.”

Ultimately, according to House GOP Leader Kevin McCarthy of California, Republicans will proceed with or without Biden’s cooperation.

“The Biden White House is used to House Democrats and the media sweeping essential oversight under the rug,” McCarthy tweeted. “In 5 days, a new Republican majority will have the authority and obligation to get answers for the American people.”