Wikileaks founder vows to fight extradition to US 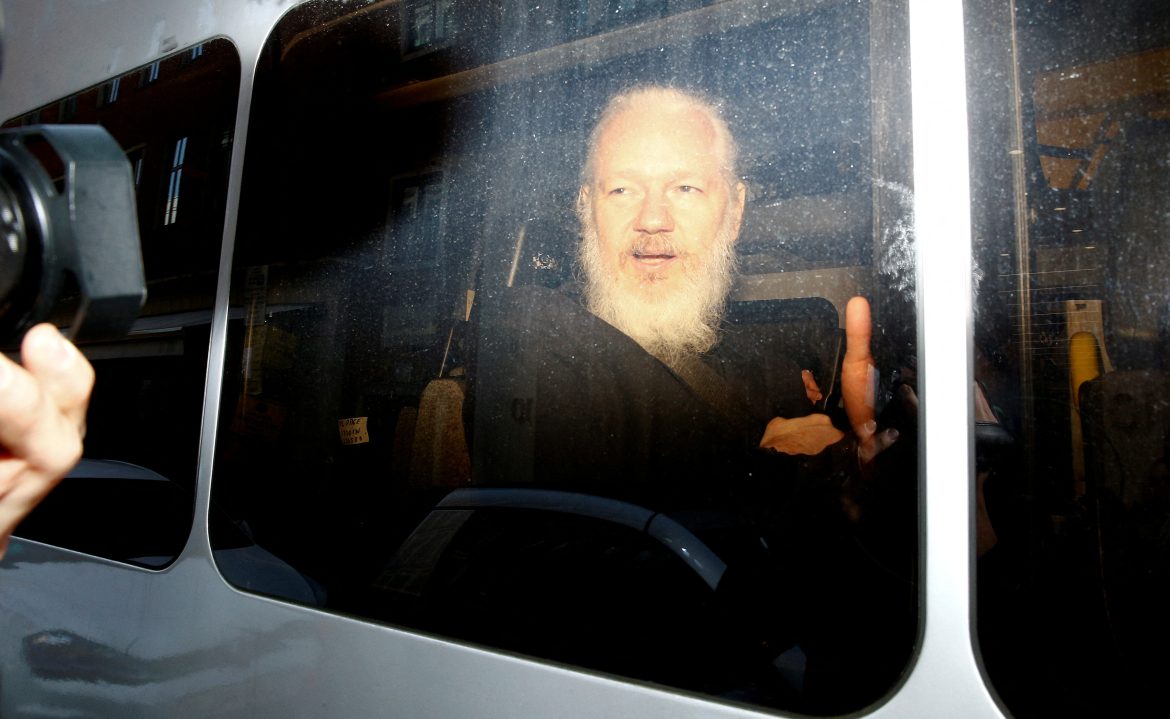 Assange is wanted by U.S. authorities on 18 counts, including a spying charge, relating to WikiLeaks’ release of vast troves of confidential U.S. military records and diplomatic cables which Washington said had put lives in danger.

His supporters say he is an anti-establishment hero who has been victimised because he exposed U.S. wrongdoing in conflicts in Afghanistan and Iraq, and that his prosecution is a politically motivated assault on journalism and free speech.

His wife Stella said Assange would appeal after the Home Office said his extradition had been approved as British courts had concluded it would not be unjust or an abuse of process.

“We’re going to fight this. We’re going to use every appeal avenue,” Stella Assange told reporters, calling the decision a “travesty”. “I’m going to spend every waking hour fighting for Julian until he is free, until justice is served.”

His brother, Gabriel Shipton, told Reuters the appeal would include new information not previously taken to the courts, including claims made in a report last year of plans to assassinate him.

Originally, a British judge ruled Assange, 50, should not be deported, saying his mental health meant he would be at risk of suicide if convicted and held in a maximum security prison.

But this was overturned on an appeal after the United States gave a package of assurances, including a pledge he could be transferred to Australia to serve any sentence.

The Home Office said the courts had not found that extradition would be incompatible with his human rights, including his right to a fair trial and to freedom of expression, and that he would be treated appropriately.

The Australian-born Assange has been involved in a legal fight in Britain for more than a decade and it could now go on for many more months.

He has 14 days to appeal to London’s High Court, which must give its approval for a challenge, and he could ultimately seek to take his case to the United Kingdom Supreme Court and the European Court of Human Rights.

“We’re not at the end of the road here,” Stella Assange said, calling Patel’s decision “a dark day for press freedom and for British democracy”.

Nick Vamos, the former head of extradition at Britain’s Crown Prosecution Service, said verdicts were regularly overturned by the High Court. Assange would be able to claim again it was politically motivated and use new evidence, such as his allegations the CIA had plotted to assassinate him.

The CIA has declined to comment on his claims.

“I think he might get some traction,” Vamos told Reuters.

WikiLeaks first came to prominence when it published a U.S. military video in 2010 showing a 2007 attack by Apache helicopters in Baghdad that killed a dozen people, including two Reuters news staff.

It then released hundreds of thousands of secret classified files and diplomatic cables in what was the largest security breach of its kind in U.S. military history.

U.S. prosecutors and Western security officials regard Assange as a reckless enemy of the state whose actions imperilled the lives of agents named in the leaked material.

He and his supporters argue that he is being punished for embarrassing those in power and faces 175 years in prison if found guilty, although the U.S. lawyers have said it would be more like four to six years.

“Allowing Julian Assange to be extradited to the U.S. would put him at great risk and sends a chilling message to journalists the world over,” said Agnes Callamard, Amnesty International’s secretary general.

The Australian government said it would continue to tell London and Washington that the case had “dragged on for too long and should be brought to a close”.

The legal saga began at the end of 2010 when Sweden sought Assange’s extradition from Britain over allegations of sex crimes. When he lost that case in 2012, he fled to the Ecuadorean embassy in London, where he spent seven years.

When he was finally dragged out in April 2019, he was jailed for breaching British bail conditions although the Swedish case against him had been dropped. He has been fighting extradition to the United States since June 2019 and remains in jail.

During his time in the Ecuadorean embassy, he fathered two children with his now wife, who he married in Belmarsh high-security prison in London in March at a ceremony attended by just four guests, two official witnesses and two guards.