Will Office Buildings Ever Be The Same? Empire State Offers Clues 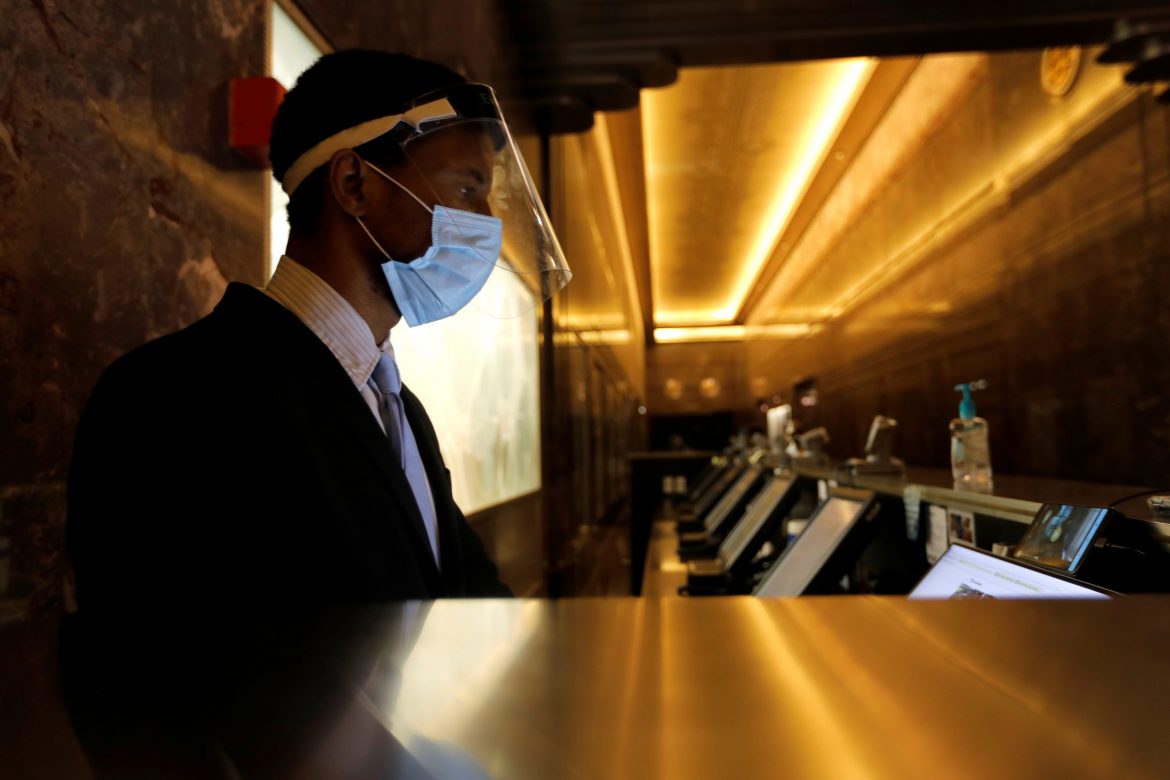 The Empire State Building has been a symbol of America’s economic might for almost 90 years. Of late, it’s also become a symbol of its struggle with the coronavirus.

The once jam-packed 102 stories of the 1,454 ft (443m) Art Deco skyscraper sit mostly empty in a city in shock from the country’s worst outbreak of COVID-19. Its spire has been lit up with red-and-white flashes to honor emergency workers, a siren in Midtown Manhattan.

A week into New York’s second phase of post-lockdown re-opening, dozens of the companies with office space in one of the world’s most famous buildings are trying to figure out when, how – even whether – to come back.

The same quandary is being played out across the United States, and the world. Something so normal as working in a big office block has abruptly become almost unimaginable for many.

The June 22 reopening allowed office buildings to invite tenants back, as long as maximum occupancy stayed below 50%. But most companies based in the Empire State Building, which range from tech firms like LinkedIn Corp and luxury watch brand Bulova to nonprofits like the World Monuments Fund, have opted to extend work-from-home arrangements.

Based on a tenant poll, management expected just 15% to 20% of the building’s usual 15,000 worker population to return at the second phase of reopening.

Yet even among those who plan to maintain a presence when the time comes, few expect to ever return to a workplace like the one they knew before coronavirus, according to Reuters interviews with several people who work or run companies there.

Global Brands Group <0787.HK>, which licenses the likes of Calvin Klein, signed a 15-year lease for six floors of office space in 2011 but has already told employees based in New York that they will never be required to come back to the office.

The allure of working in “unbelievable corporate headquarters” has been dulled by the pandemic, Rick Darling, chief executive of the apparel and marketing firm, told Reuters.

“I think they become less important,” he said. “If your people are dispersed, really the performance of your company becomes the prestige point.”

The company has not yet made any decisions on office space and will need showrooms for fashion launches, Darling said.

‘GO BACK TO THE WAY IT WAS’

Such shifting attitudes could spell trouble for Empire State Realty Trust Inc <ESRT.N>, which owns and manages the building, as well as for other major commercial real estate companies across the city and beyond.

Empire State Realty shares are down nearly 53% since the end of 2019, versus a 25% fall this year in the FTSE Nareit Equity Office index which tracks office real estate investment trusts (REITs).

Ismail pointed to pressuring factors for the company, including the COVID-19 shutdown of the Empire State Building’s observatory – a tourism magnet that last year generated more than a fifth of revenue for the group, which also has other office and retail spaces across the city.

His family has been involved with the Empire State Building since the 1960s, and he is convinced its status as a famed piece of the New York skyline will outlast the temporary, if painful, impact of the coronavirus.

“Since COVID, we’ve only had people sign leases, we haven’t had anyone move out,” Malkin said in an interview, noting that Starbucks Corp <SBUX.O> signed a lease for a three-level store on March 15. “In a post-COVID treatment, vaccine, herd-immunity world, everything’s going to go back to the way it was.”

Empire State Realty drew down $550 million from a revolving credit facility in the first quarter to make sure it would have cash on hand if tenants fell behind on payments, but so far it has received the bulk of dues.

April rent collection dropped to 73% initially but rebounded to 83% by June 1, according to an investor presentation. The company offered deferral to a small portion of tenants which helped keep overall occupancy stable at around 96%.

NO MASK? YOU CAN’T COME IN

Visitors to the Empire State Building are immediately confronted with the new reality.

Anyone entering the building must wear a mask and carry their own hand sanitizer, Malkin said.

Management closed non-essential entrances and retrofitted retail space downstairs as temperature-check and sanitization stations, tenants said. The elevator lobby has stickers on the floor that people waiting must stand on to ensure social distancing.

Similar stickers line the sidewalks outside the main entrance, in preparation for the re-opening of its observatory next month. The attraction, which allows visitors to take pictures on top of the building, raked in over $125 million in revenue for the company last year.

Some companies are reevaluating leases.

Representatives for Coty, Expedia, and LinkedIn did not respond to multiple requests for comment.

Even once the pandemic is passed, the office market is likely to remain irrevocably changed, according to analyst Ismail at Green Street Advisors.

“Major companies have found an increased level of comfort with people working from home, which I think will likely accelerate in the future.”