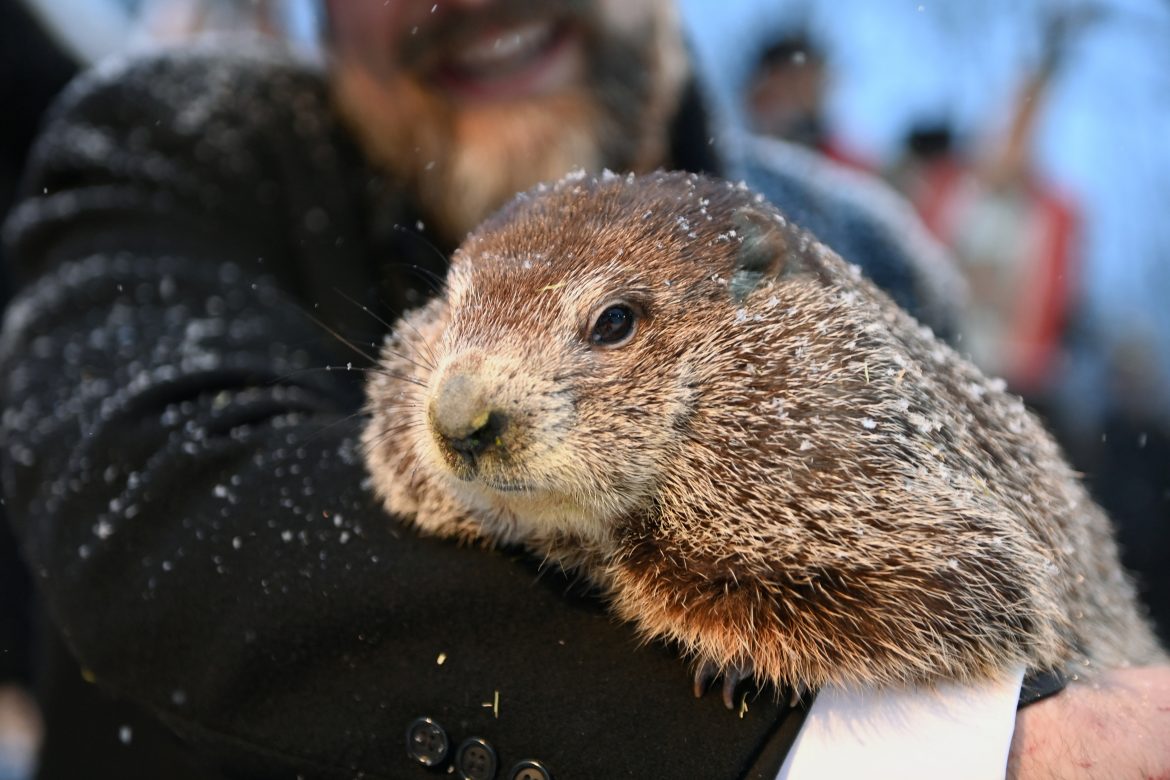 For those eagerly awaiting spring, Punxsutawney Phil says some patience will be needed. Yes it’s true, the fury little seer of the seasons saw his shadow this Groundhog Day, meaning six more weeks of winter.

He did have some good news for those who are feeling cabin fever. “You’re looking forward to one of the most beautiful and brightest springs you’ve ever seen,” Phil communicated through Punxsutawney Groundhog Club Vice President Tom Dunkel.

While there are many regional groundhogs, such as Dunkirk Dave in Chautauqua County, New York and Buckeye Chuck of Marion, Ohio, Pennsylvania’s Punxsutawney Phil is the most popular.

The Club claims Phil is over 130 years old thanks to a special “groundhog punch” that “gives him seven more years of life” with each sip. While he is experienced, he’s not the most accurate. Old Phil only makes a correct prediction about 39% of the time according to meteorologists.

Groundhog Day has been celebrated in American since 1887, but the 135th celebration will mark the first virtual iteration of the holiday due the pandemic.