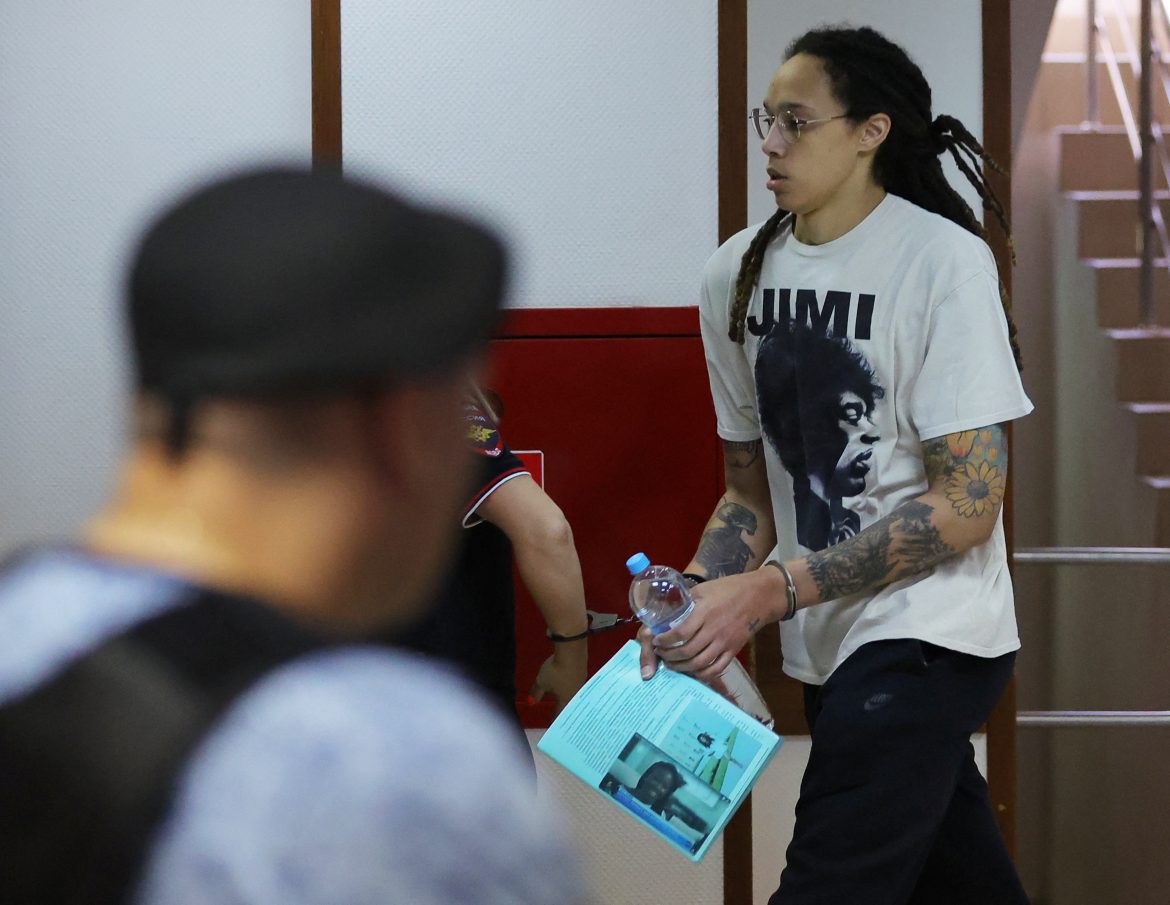 American basketball star Brittney Griner appeared in a Russian court for trial Friday, nearly 4 1/2 months after she was arrested on cannabis possession charges at a Moscow airport while traveling to play for a Russian team.

Police said the Phoenix Mercury center and Olympic gold medalist was caught carrying vape canisters containing cannabis oil at Moscow’s Sheremetyevo Airport. She could face up to 10 years in prison if convicted.

Griner’s detention was extended another six months to Dec. 20 at a closed-door preliminary hearing Monday in the Moscow suburb of Khimki, according to an AP report.

Griner’s supporters held out hope that a resolution could be negotiated to secure a release, potentially in a prisoner swap. Diplomacy, however, became increasingly unlikely after the U.S. imposed heavy sanctions on Russia over the war. The U.S. State Department in May classified Griner as wrongfully detained, officially placing her under the oversight of its special presidential envoy for hostage affairs.

Earlier this week Jake Sullivan stated, “The United States government is actively engaged in trying to resolve this case and get Brittney home,” however he did not give any details on developments.

Griner’s wife, Cherelle, has urged President Biden to secure her release, calling her “a political pawn” – an accusation Moscow denies.

“The facts are that the famous athlete was detained in possession of prohibited medication containing narcotic substances,” Kremlin spokesman Dmitry Peskov told reporters Friday, denying politics played a role in Griner’s detention and prosecution. “In view of what I’ve said, it can’t be politically motivated,” he added.