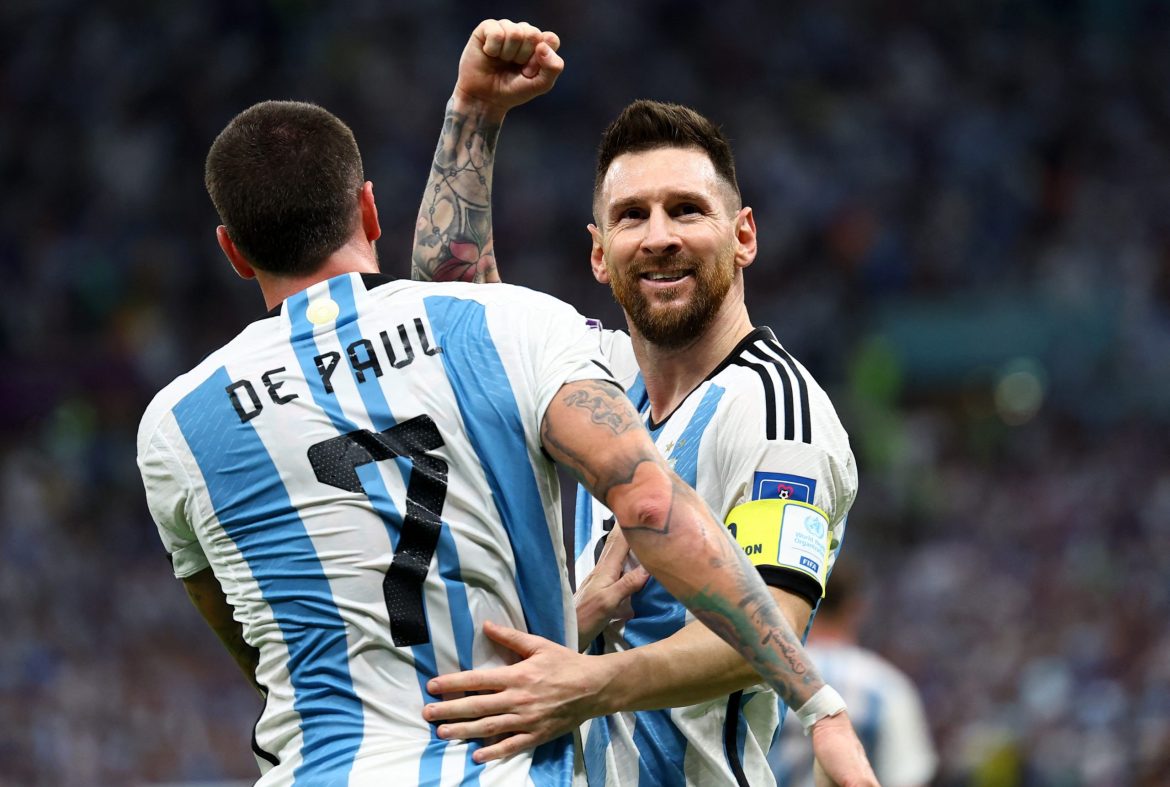 Argentina will trust their system when they face Croatia in the World Cup semi-finals and believe they have worked out how to hurt the 2018 runners-up, coach Lionel Scaloni said on Monday.

Croatia were not the favorites to reach the last four again but they came through two penalty shootouts in a repeat of their 2018 exploits.

“They have troubled many national teams. I won’t mention the key players or their strengths and weaknesses but we’ve analysed where we can hurt them. Sometimes it works out, sometimes it doesn’t,” Scaloni told reporters on the eve of the first semi-final.

“We try to give it all on the pitch. Sometimes luck can be on your side. If we have a good performance, we’ll have an easier road to reach our objective. But this is football, this is sport, so sometimes the best team may not win.”

When pressed on Croatia’s veteran midfielder Luka Modric, who is still going strong at the age of 37, Scaloni said it was a pleasure to watch him play.

“He’s a role model for so many of us ⁠— not just because of his talent but also his behavior,” Scaloni said.

Scaloni said both Angel Di Maria and Rodrigo De Paul would be fit and missing the suspended Marcos Acuna and Gonzalo Montiel would not be a problem.

“We have our own system, our style. Of course, in certain situations we need to take into account how the opponents are playing,” Scaloni said.

“We won’t change our style beyond the system and that’s what we’re going to do. During the game, we will of course make decisions (based on situations) and rise up to the challenge.”

Scaloni was also asked about the criticism directed at Argentina after their players’ “unsporting behavior” following their shootout win over the Netherlands.

“The previous game was played the way we had to play … that’s football. Sometimes things like arguments can happen, but that’s all. That’s why there’s a referee,” Scaloni said.

“We need to put an end to this idea that Argentina behave like this. We lost to Saudi Arabia and didn’t say anything.

“We won the Copa America in Brazil and experienced the most sporting behavior from (Lionel) Messi, (Leandro) Paredes, Neymar ⁠— who were all sitting together in the tunnel in the Maracana. I’m really not convinced of this idea of unsporting behavior.”

Messi was also singled out in some quarters for his post-match behavior but defender Nicolas Tagliafico praised his captain’s influence on the team.

“He’s always been like this, he’s our captain and leader, pushing and motivating us. We have a special advantage when he’s on the pitch, he’s a great source of motivation,” Tagliafico said.

“With everyone’s support, we try to work in the same direction and achieve our dream. That’s the most beautiful thing to do with Messi by our side.”