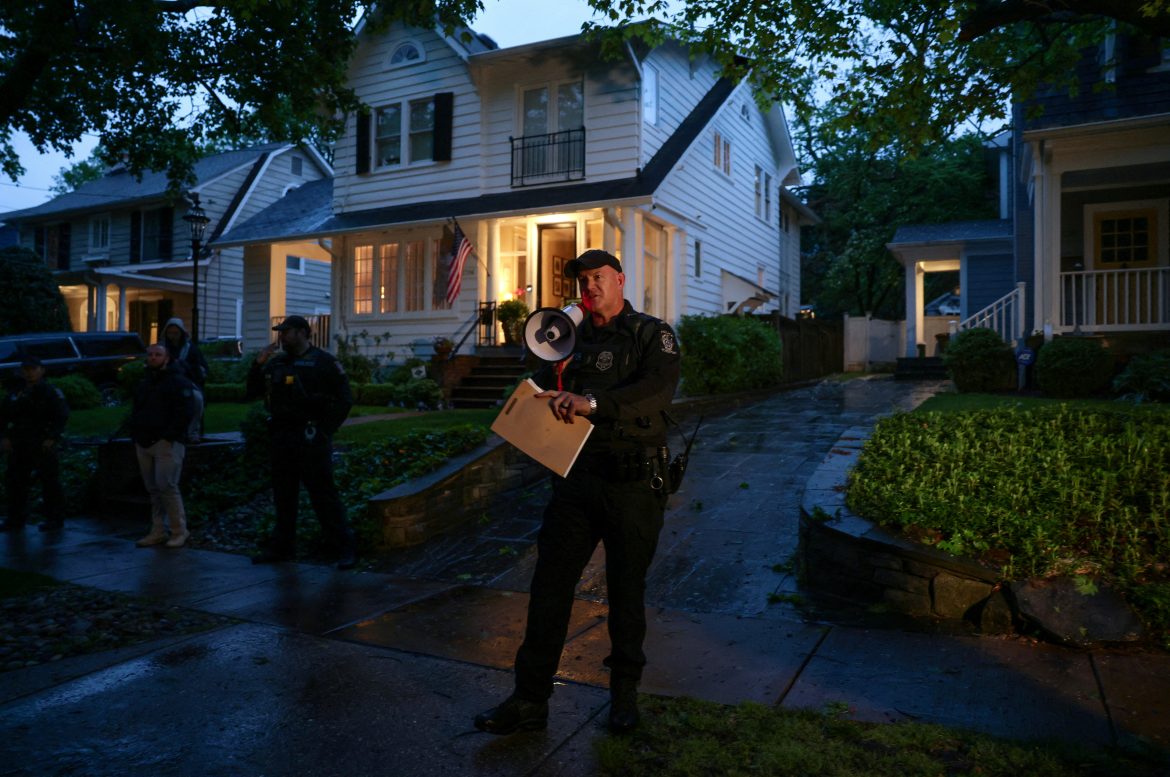 A man armed with a Glock pistol and other weapons who was arrested outside of Brett Kavanaugh’s home Wednesday has been charged in federal court with the attempted murder of the Supreme Court Justice.

Nicholas John Roske, 26, of Simi Valley, California, confessed that he intended to kill Kavanaugh because he was angry over the potential reversal of a landmark abortion rights case, according to a Washington Examiner report. He also cited his belief that the conservative justice would side with Second Amendment absolutists in the gun reform debate.

Roske faces a maximum sentence of 20 years in prison, according to a press release from the U.S. attorney’s office in Maryland.

According to an affidavit filed by FBI special agent Ian Monjito, Roske had been dropped off at Kavanaugh’s home around 1 a.m. on Wednesday carrying a backpack and suitcase packed with a Glock 17 pistol with two magazines, several rounds of ammunition, a tactical knife, pepper spray, duct tape, and zip ties, along with other items.

According to the court filing, when Roske saw two U.S. deputy marshals standing guard outside Kavanaugh’s residence, he turned around, walked down the street, and proceeded to call a Montgomery County police hotline to report that he was having suicidal thoughts. Less than an hour later, Roske was placed under arrest and transported to Montgomery County Police 2nd District. There he was read his rights, after which he agreed to talk to agents.

“Roske then told the detective that he was upset about the leak of a recent Supreme Court draft decision regarding the right to abortion as well as the recent school shooting in Uvalde, Texas,” the FBI said. “Roske indicated that the Justice that he intended to kill would side with Second Amendment decisions that would loosen gun control laws.”

The FBI agent added, “Roske stated that he began thinking about how to give his life a purpose and decided that he would kill the Supreme Court Justice after finding the Justice’s Montgomery County address on the Internet. Roske further indicated that he had purchased the Glock pistol and the other items for the purpose of breaking into the Justice’s residence and killing the Justice as well as himself.”

The threat at Kavanaugh’s home came just a day after the Department of Homeland Security issued a “heightened” terrorism advisory ahead of the high court’s anticipated decision to overturn Roe.

Senate Minority Leader Mitch McConnell called the murder plot against Kavanaugh “disturbing” and slammed House Democrats for stalling a Supreme Court security bill that cleared the Senate in a unanimous vote weeks ago. The measure, introduced by Sen. John Cornyn (R-TX), would extend police protections for Supreme Court justices to their families in response to the public doxxing and harassment of conservative bench members and their families after a draft opinion to overturn Roe was leaked. The measure would further grant authority to the Supreme Court Police to arrest anyone who attempts to interfere with its official duties and enhance penalties.

This morning’s disturbing reports are exactly why the Senate unanimously passed a Supreme Court security bill weeks ago. But House Democrats have inexplicably blocked it. House Democrats need to stop their blockade and pass this uncontroversial bill today. pic.twitter.com/wd8UB5RDvm

Sen. Mike Lee (R-Utah) urged President Biden to “condemn illegal protesting at justices’ homes, and pledge to protect every member of the Court from these escalating and dangerous threats.”

Earlier in the day, the group attempted to distance itself from the murderous plot, while simultaneously maligning the character of the justice.

“We offer our thoughts & prayers to Brett & Ashley Kavanaugh after a California man arrived by taxi near their home, armed with a gun & knife, then called the police on himself to confess his murderous rage against the abusive alcoholic ‘Justice,’ the group tweeted. “We didn’t send him,” they added.

A subsequent tweet was billed as a “special message” directed specifically to Kavanaugh’s wife, Ashley, and the couple’s two young daughters.

“A special message for Ashley Kavanaugh and your daughters — this billboard was on your school grounds,” they wrote in a tweet that included an image of a pregnancy help center poster.

“We feel for you. @LeaderMcConnell and the GOP aren’t worried for your safety. They worry only for the expensive Supreme Court they rigged, and their own power,” the tweet continued.

Critics say the insensitive tweet also put the family of the justice in peril as it gave information on the school that Kavanaugh’s daughter attends.

The Supreme Court is currently investigating the May 2 leak and recently required the high court’s law clerks to sign affidavits and submit mobile phone data for review.