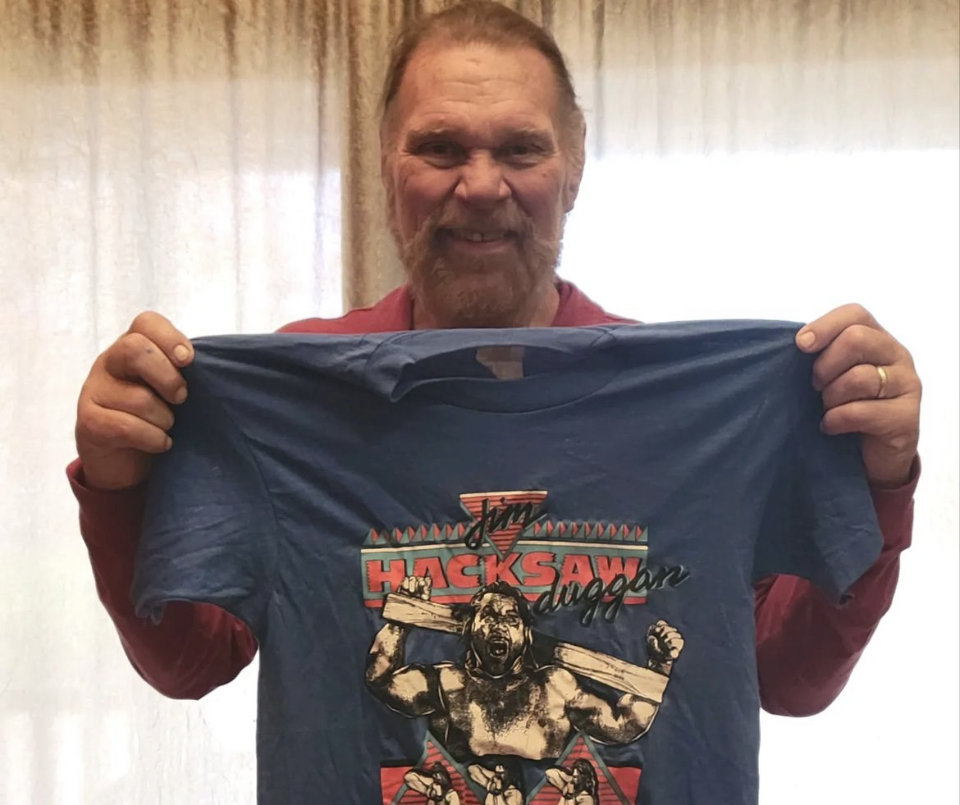 When an intruder broke into the home of professional wrestling great Jim Duggan, his instinct to “attack” kicked in. As quickly as the uninvited guest burst through his door, he was subdued by the WWE Hall of Famer.

In a dizzying flurry of events, “Hacksaw” Duggan belted out a primal yell, grabbed the man, threw him out onto the porch, and had him “spread eagle” on the ground. Once restrained, Duggan grabbed his .44 Magnum and waited for police to arrive.

The wrestling superstar quickly learned that this was not a home invasion. As he told Fox News commentator Tucker Carlson, “He’s screaming, ‘Help me, help me! They’re trying to kill me!’ I can hear people out in the dirt road yelling, ‘We’re going to get you!’”

As the plot thickened, Mr. Duggan recounts, “I don’t know who they are. I don’t know if they have guns – what this guy brought to my house. So I’m waiting for the police – when I first saw those blue lights, I was a happy man.”

It turns out that the man had apparently violated a restraining order, broke into a neighbor’s house, and was then pistol-whipped by the owners of that house. The trespasser was then chased down the road and eventually ended up at Duggan’s home seeking refuge.

Although the beloved wrestler handled the bizarre encounter effectively, he stresses that the first thing you do in a situation such as this is to “call the cops.”

Duggan expressed his gratitude to the police and his concerned fans as he tweeted,  “Thank you to the Kershaw County SC Sheriff’s Office, and thank you to my fans and friends for the well wishes!

The venerated icon’s life has been nothing short of amazing since his humble beginnings in the small city of Glens Falls, New York, where he was an athletic standout in multiple sports. He became an All-American football player at Southern Methodist University (SMU) and went on to play in the NFL for the Atlanta Falcons.

Although an unfortunate string of injuries cut his pro football career short, it led him to return to his first love, the sport of wrestling. He reunited with pro wrestler Fritz Von Erich who helped him break into the sport. He quickly picked up a 2 x 4, adopted the nickname “Hacksaw,” and the rest is history.

Duggan has donned numerous championship belts from various professional wrestling federations over a glorious 30-year career. His chanting of “USA! USA! USA!” while waving the American flag and his endearing battle cry of “Hoooooo” excites fans to this day.

The beloved grappler’s recent exploits are all the more impressive given the fact that the legend turns 69 in a few weeks. Although “retired,” he remains active as an ambassador for the sport of wrestling through various promotions and media appearances.

Despite his busy schedule, Duggan prefers to relax in his “quiet” rural South Carolina home, tending to his ducks, chickens, dogs, and cats.