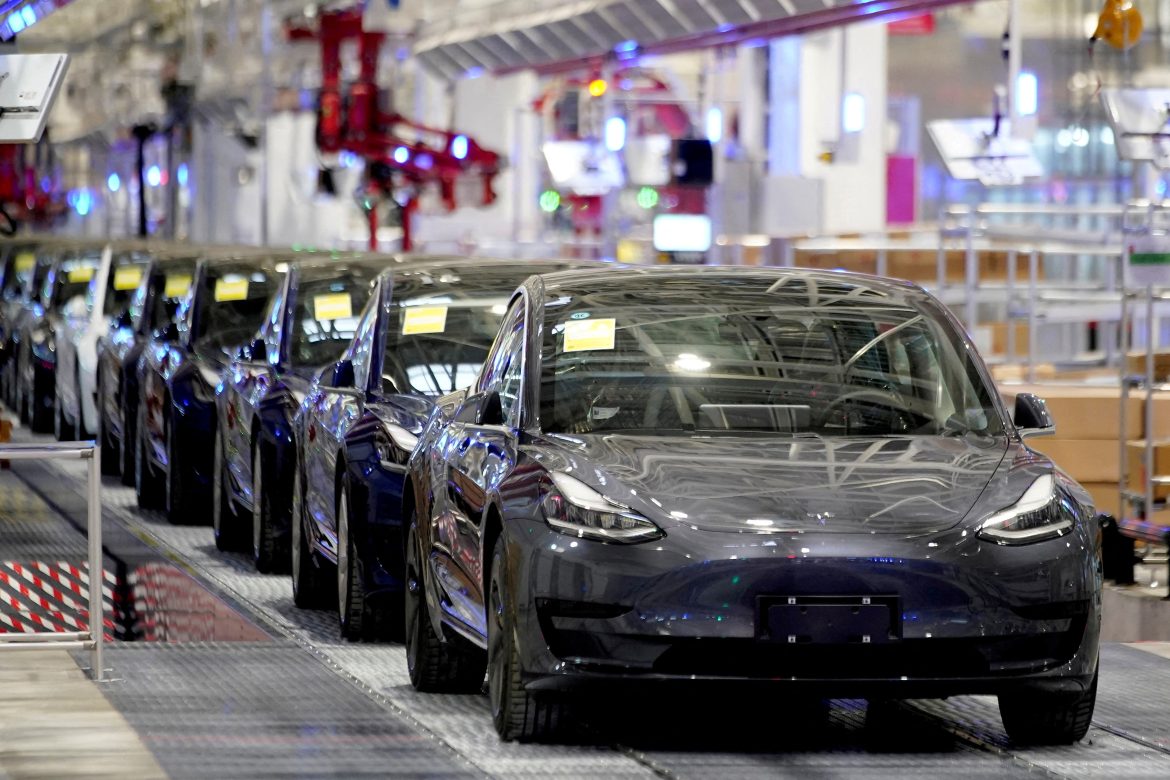 Republicans in Wyoming’s state legislature want to ban the sale of electric vehicles there by 2035, claiming that doing so will protect the state’s oil and gas sectors.

Six state lawmakers sponsored the legislation, which was presented to the state assembly on Friday, according to a report by The Hill. They said that electric vehicles would make it more difficult for Wyoming to conduct business with other states. According to the measure, industry and citizens would be urged to postpone buying electric cars until the prohibition takes effect.

“The proliferation of electric vehicles at the expense of gas-powered vehicles will have deleterious impacts on Wyoming’s communities and will be detrimental to Wyoming’s economy and the ability for the country to efficiently engage in commerce,” the bill reads.

In order to “sustain the misadventure of electric vehicles,” the legislation stated that adding new electricity charging stations would require “massive” amounts of additional power. Additionally, the oil industry has employed thousands of people throughout the state, according to the bill.

COUNTERING THE BATTLE AGAINST GASOLINE

Meanwhile, 15 additional states, including New York and California, have taken action to restrict the sale of gas-powered vehicles. The bill’s final paragraph directs Wyoming’s secretary of state to submit a copy of the legislation to California’s governor, who has consistently supported his state’s ban on gas-powered automobiles.

This decision comes on the heels of an announcement by the Department of Transportation that they are partnering with several other agencies within the Biden administration to push the U.S. National Blueprint for Transportation Decarbonization.

The Blueprint is a ground-breaking plan for eliminating all greenhouse gas emissions from the transportation sector by the year 2050. It was created by the Departments of Energy, Transportation, Housing and Urban Development, and the Environmental Protection Agency. It demonstrates the whole-of-government strategy employed by the Biden-Harris Administration to solve the so-called “climate catastrophe” and achieve President Biden’s objectives of securing a 100% clean electricity grid by 2035 and achieving net-zero carbon emissions by 2050.

According to the department’s press release, the Bipartisan Infrastructure Law and Inflation Reduction Act together represent “historic investments in the future of our nation that will transform how we move and live while we build the backbone of a safer and more sustainable transportation system.”

The announcement was made in cooperation with the U.S. Secretary of Energy Jennifer M. Granholm, U.S. Secretary of Transportation Pete Buttigieg, U.S. Secretary of Housing and Urban Development Marcia Fudge, and Environmental Protection Agency Administrator Michael S. Regan, all of whom put their support behind the administration’s plan. The groups stated that the blueprint will be followed by detailed decarbonization action plans that will be made with governments at the state, local, and tribal levels, philanthropic organizations, the private sector, and global partners.

California is one of the states that has already made substantial moves to ban gas-powered motors on the roads. The state’s decision made headlines twice, once when it was passed through the state legislature and again just days later when the state issued a “Flex Alert” that urged citizens to conserve energy to help ease the strain on the power grid suggesting that citizens not to charge their electric vehicles, as FISM previously reported.

California regulators declared that the sale of gasoline-powered cars would be banned in the state by 2035. However, residents were forced to then refrain from using major appliances at peak times, set their thermostats to 78 degrees or higher, and turn off unnecessary lights in order to avert stricter measures and allow the power grid to keep functioning.

Governor Gavin Newsom attempted to shift blame for his state’s energy issues away from his administration and policies and onto the “climate crisis,” which has quickly become the all-encompassing enemy of “progressive” politicians and the reason for every unpopular decision they make.

“This is just the latest reminder of how real the climate crisis is, and how it is impacting the everyday lives of Californians,” Newsom said. “While we are taking steps to get us through the immediate crisis, this reinforces the need for urgent action to end our dependence on fossil fuels that are destroying our climate and making these heat waves hotter and more common.”