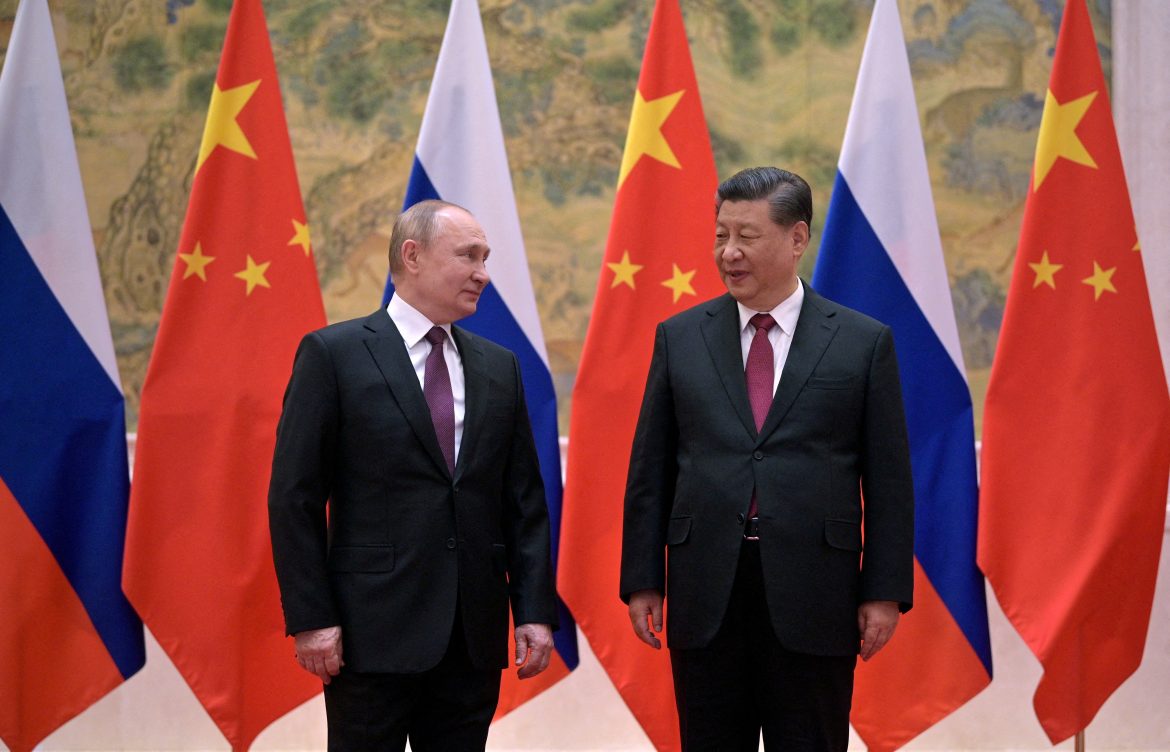 Xi Jinping will leave China for the first time in more than two years for a trip this week to Central Asia where he will meet Russia’s Vladimir Putin, just a month before he is set to cement his place as the most powerful Chinese leader since Mao Zedong.

The trip, Xi’s first abroad since the start of the COVID-19 pandemic, shows just how confident he is about his grip on power in China and just how perilous the global situation has become.

Against a backdrop of Russia’s confrontation with the West over Ukraine, the crisis over Taiwan, and a stuttering global economy, Xi is due on a state visit to Kazakhstan on Wednesday.

China’s president will then meet Putin at the Shanghai Cooperation Organization’s summit in the ancient Silk Road city of Samarkand in Uzbekistan, Kazakhstan and the Kremlin said.

Putin’s foreign policy aide, Yuri Ushakov, told reporters last week that the Russian president was expected to meet Xi at the summit. The Kremlin declined to give details on their talks. China has yet to confirm Xi’s travel plans.

The meeting will give Xi an opportunity to underscore his clout while Putin can demonstrate Russia’s tilt towards Asia; both leaders can show their opposition to the United States just as the West seeks to punish Russia for the Ukraine war.

“It is all about Xi in my view: he wants to show just how confident he is domestically and to be seen as the international leader of nations opposed to Western hegemony,” said George Magnus, author of “Red Flags”, a book about Xi’s challenges.

“Privately I imagine Xi will be most anxious about how Putin’s war is going and indeed if Putin or Russia are in play at some point in the near future because China still needs an anti-western leadership in Moscow.”

The deepening “no limits” partnership between the rising superpower of China and the natural resources titan of Russia is one of the most intriguing geopolitical developments of recent years – and one the West is watching with anxiety.

Once the senior partner in the global Communist hierarchy, Russia after the 1991 collapse of the Soviet Union is now considered a junior partner of a resurgent Communist China which is forecast to overtake the United States as the world’s biggest economy in the next decade.

Though historical contradictions abound in the partnership, there is no sign that Xi is ready to drop his support for Putin in Russia’s most serious confrontation with the West since the height of the Cold War.

Instead, the two 69-year-old leaders are deepening ties. Trade soared by nearly a third between Russia and China in the first 7 months of 2022.

The visit “shows that China is willing to not only continue ‘business as usual’ with Russia but even show explicit support and accelerate the formation of a stronger China-Russia alignment,” said Alexander Korolev, senior lecturer in politics and international relations at UNSW Sydney.

“Beijing is reluctant to distance itself from Moscow even when facing serious reputational costs and the risks of becoming a target of secondary economic sanctions.”

Xi is widely expected to break with precedent at a Communist Party congress that starts on Oct. 16 and secure a third five-year leadership term.

While Xi has met Putin in person 38 times since becoming China’s president in 2013, he has yet to meet Joe Biden in person since the latter became U.S. President in 2021.

Xi last met Putin in February just weeks before the Russian president ordered the invasion of Ukraine which has left tens of thousands of people dead and sown chaos through the global economy.

At that meeting at the opening of the Winter Olympics, Xi and Putin declared a “no limits” partnership, backing each other over standoffs on Ukraine and Taiwan with a promise to collaborate more against the West.

China has refrained from condemning Russia’s operation against Ukraine or calling it an “invasion” in line with the Kremlin which casts the war as “a special military operation”.

“The bigger message really isn’t that Xi is supporting Putin, because it’s been pretty clear that Xi supports Putin,” said Professor Steve Tsang, director of the China Institute at the School of Oriental and African Studies in London.

“The bigger signal is that he, Xi Jinping, is going out of China for the first time since the pandemic in the run-up to the party congress. If there were going to be plottings against him this is when the plottings would happen. And he’s clearly confident that the plottings are not going to take place because he is out of the country.”

Xi, the son of a communist revolutionary, is poised to secure a historical third leadership term at the 20th Communist Party Congress beginning on Oct. 16. He last left China in January 2020, before the world went into COVID lockdown.

After the West imposed on Moscow the most severe sanctions in modern history due to the war in Ukraine, Putin says Russia is turning towards Asia after centuries of looking to the West as the crucible of economic growth, technology and war.

Casting the West as a declining, U.S.-dominated coalition which aims to shackle – or even destroy – Russia, Putin’s worldview chimes with that of Xi, who presents China as an alternative to the U.S.-led, post-World War Two order.

Putin aide Ushakov said the Xi-Putin meeting would be “very important”. He did not give further details.

As Europe seeks to turn away from Russian energy imports, Putin will seek to boost energy exports to China and Asia.

Putin said last week that a major gas export route to China via Mongolia had been agreed. Gazprom has for years been studying the possibility for a major new gas pipeline – the Power of Siberia 2 – to travel through Mongolia taking Russian gas to China.

It will carry 50 billion cubic meters of gas per year, around a third of what Russia usually sells Europe – or equivalent to the Nord Stream 1 annual volumes.

The Shanghai Cooperation Organization, which includes Russia, China, India, Pakistan and four Central Asian states, is due to admit Iran, one of Moscow’s key allies in the Middle East.