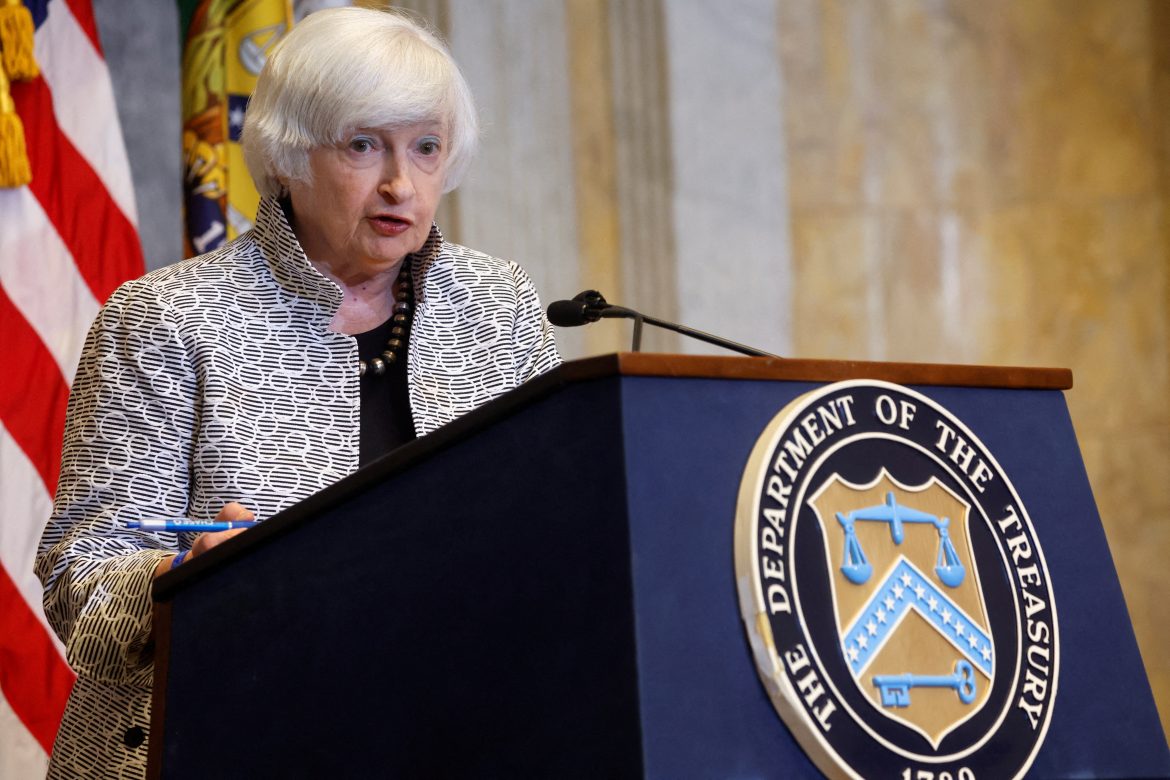 Treasury Secretary Janet Yellen went on CNN’s “State of the Union” program over the weekend, where she commented on the state of the economy, predicted high gas prices in the winter, and said the Federal Reserve will need “skill” and “luck” to avoid a recession.

CNN’s Dana Bash first asked Yellen what she had to say to Americans struggling with inflation and recession concerns, to which Yellen replied by refuting the point that America is currently in a recession.

“The labor market is exceptionally strong. The unemployment rate is extremely low, there are almost two job vacancies for every worker who’s looking for a job. We’ve had a historically fast recovery of the labor market with around 10 million jobs created since President Biden took office,” Yellen said.

Yellen’s mention of job creation echoed a recent Democrat talking point with regard to the economy. However, those same Democrats always seem to ignore the fact that the biggest aspect of that “job creation” has been the widespread end to COVID-19 lockdowns, which were championed and drawn out mostly by Democrat-led governments, and which shut down millions of jobs across the country.

The last jobs report reflecting on the month of August added 315,000 nonfarm jobs while the unemployment rate increased by 0.2%, according to the Bureau of Labor Statistics.

Yellen then went on to acknowledge the toll that the pandemic lockdowns, supply chain issues, and Russia’s war on Ukraine have had on the United States economy specifically on energy and food. Concerning Russia, Yellen pointed to Biden’s release of oil from the Strategic Petroleum Reserve as a mitigating action to cool inflationary prices at the pump.

Bash also asked about the Federal Reserve, which has been steadily increasing federal funds rates as their means to tamp down on inflation. The CNN host asked Yellen if she shares a concern with Massachusetts Democratic Senator Elizabeth Warren, who said two weeks prior she was “worried” that the Fed’s actions will end in recession.

Yellen said the Fed will “need great skill and also some good luck to achieve what we sometimes call a soft landing, which is bringing inflation down while maintaining the strength of the labor market.”

“And my hope, I believe, there is a path to accomplishing that,” the Treasury Secretary added. “Over the longer run, we can’t have a strong labor market without inflation under control.”

However, she did not comment on whether or not the Fed should continue with rate hikes, simply saying instead that the group should use “their own best judgment.”

When asked directly if there is a possibility of a recession, Yellen commented that the Fed’s rising interest rates do prove to be a “risk” but then moved to assuage those concerns.

“We’re seeing some slowdown in growth, but that’s natural because when President Biden took office, the economy was in a deep hole. Output and employment were well short of their normal and potential levels. We experienced, largely due to the American Rescue Plan, very rapid growth and jobs came back,” Yellen claimed.

She said the U.S. faced something “as serious as the Great Depression” before praising the 3.7% unemployment rate as a “good, strong labor market.”

On gas prices, Yellen again said that there is a “risk” of prices raising during the winter season.

“This winter, the European Union will cease, for the most part, buying Russian oil. And, in addition, they will ban the provision of services that enable Russia to ship oil by tanker. And it is possible that that could cause a spike in oil prices,” Yellen said.

However, Yellen said that Western leaders are trying to address the possibly high gas prices.

Our price cap proposal is designed to both lower Russian revenues that they use to support their economy and fight this illegal war, while also maintaining Russian oil supplies that will help to hold down global oil prices. So, I believe this is something that can be essential and it’s something that we’re trying to put in place to avoid a future spike in oil prices.