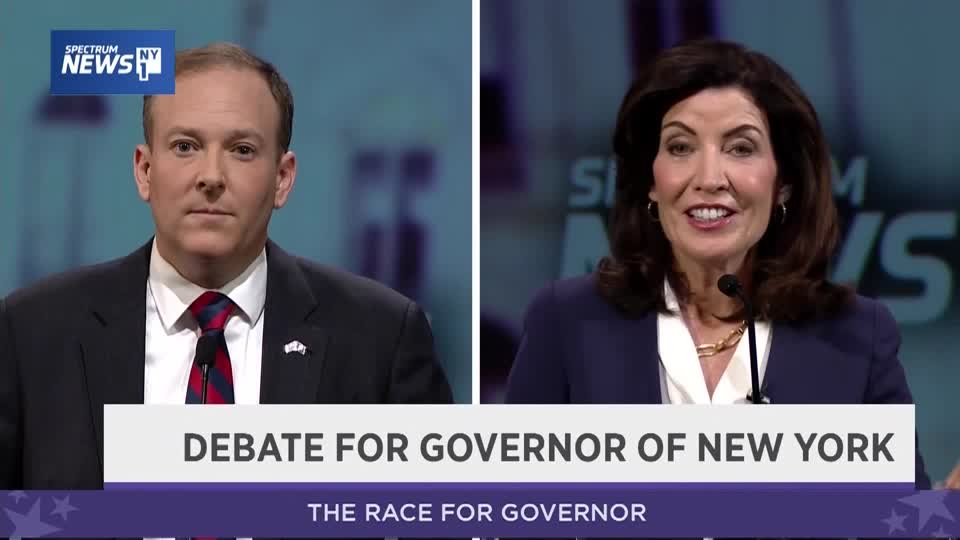 A female supporter of a Republican New York Gubernatorial candidate was grabbed by the neck by a man on Saturday at a rally for incumbent Democratic governor Kathy Hochul.

The video shows a female counter-protester being choked by a man in a plaid short-sleeve shirt near the Stonewall Inn in Manhattan.

According to the woman, the altercation began when a Hochul supporter took her sign. “As I was trying to retrieve my sign, there was another man that came and choked me, and there were two other people that were coming and preventing me from trying to get my sign,” she said.

The woman says she “never wanted to get physical with anyone.” She continued, “I was just there peacefully just holding my sign, and you know, they didn’t want to hear what I had to say.”

The sign depicted Hochul and other New York democrats with a tagline reading, “Vote Them Out.”

According to the New York Post reports that Councilwoman Crystal Hudson was involved in the altercation, reporting that the woman at one point shoved Hudson.

At the Rally for governor Hochul a counter protesters was choked during the protest. I spoke with the woman who was attacked. Here's what she had to say pic.twitter.com/c60ad9LoiQ

In July, Zeldin was attacked by an assailant wielding a knife-like weapon while campaigning outside Rochester.

The Real Clear Politics polling average shows Hochul leading the race for New York Governor by 6.2 points, but still ranks the race as a “toss-up.”

COP27: Need for US minerals, disaster funding for developing nations among items on docket