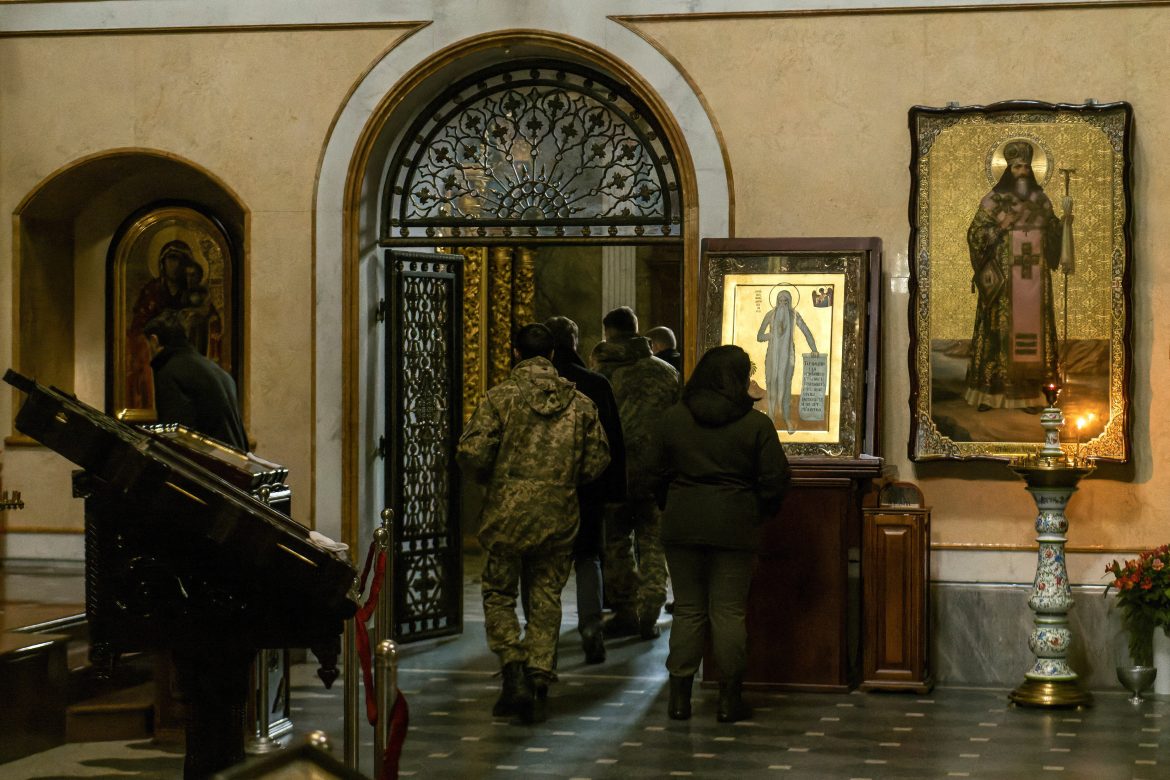 Ukrainian President Volodymyr Zelenskyy wants Ukrainian lawmakers to ban the Ukrainian Orthodox Church over concerns that the church has strong ties with Russia.

Zelenskyy made his plea to pass legislation against the church on Thursday.

“A meeting of the National Security Defense Council (NSDC) was held today. A meeting at which we examined numerous facts of the ties of certain religious circles in Ukraine with the aggressor state,” the Ukrainian president said in a taped video statement.

The history of orthodoxy in Ukraine is complicated. The country possesses the third-largest population of Orthodox Christians in the world. However, these Christians were once split between three main Orthodox churches that each had multiple parishes.

One of these churches was the Ukrainian Orthodox Church of the Moscow Patriarchate (UOC), which historically followed the lead of the Russian church and politicians. In 2018, a split occurred to unify the three Orthodox churches into the Orthodox Church Ukraine (OCU).

However, a significant number of parishes remained aligned with the UOC. In July, one survey conducted by the Kyiv International Institute of Sociology found that roughly 4% of Ukrainian citizens are affiliated with a UOC parish.

While sometimes citizens are not aware of this distinction to be aware of manipulation, the UOC parishes historically followed the lead of the Russian Orthodox Church (ROC) despite being granted a measure of independence from this church. Meanwhile, the ROC often parrots Russian state interests.

For example, ROC leader Patriarch Kirill said in September that Russian soldiers who died in the war would be absolved of their sins.

In May of this year, the UOC formally cut ties with the ROC as a public statement of disagreement with Kirill’s stance on the Russian invasion of Ukraine. That hasn’t alleviated concerns that the UOC is still harboring Russian agents within Ukraine.

“It is necessary to create such conditions in which any figures dependent on the aggressor country will not be able to manipulate Ukrainians and weaken Ukraine from within,” Zelenskyy said in his Thursday video address.

“We will never allow anyone to build an empire inside the Ukrainian soul,” he continued.

Accordingly, the defense council has instructed the Ukrainian government to submit a bill banning UOC activities, Zelenskyy said. The Ukrainian state Service for Ethnopolitics and Freedom of Conscience will examine the UOC’s statutes and management “for the presence of a church canonical connection with the Moscow Patriarchate and, if necessary, apply the measures provided for by the law.”

The Security Service of Ukraine previously raided a historic UOC monastery on Nov. 22 along with two other monasteries and the diocese in Western Ukraine. These raids have since continued, with security officials searching five parishes on Friday according to Reuters.

From the start of the war on Feb. 24 through the end of October, New York Times reports Ukrainian authorities have arrested 33 priests for funneling information to Moscow’s forces.

The UOC has stated that these accusations are “unproven and groundless.”

One spokesperson, Metropolitan Kliment, told Reuters that the UOC “has always acted within the framework of Ukrainian law. Therefore, the state of Ukraine does not have any legal grounds to put pressure on or repress our believers.”

Russian leaders have condemned the government crackdown on the Moscow-aligned church. Former Russian President Dmitry Medvedev called Kyiv authorities “Satanists” and “enemies of Christ and the Orthodox faith” in a Telegram messaging statement.