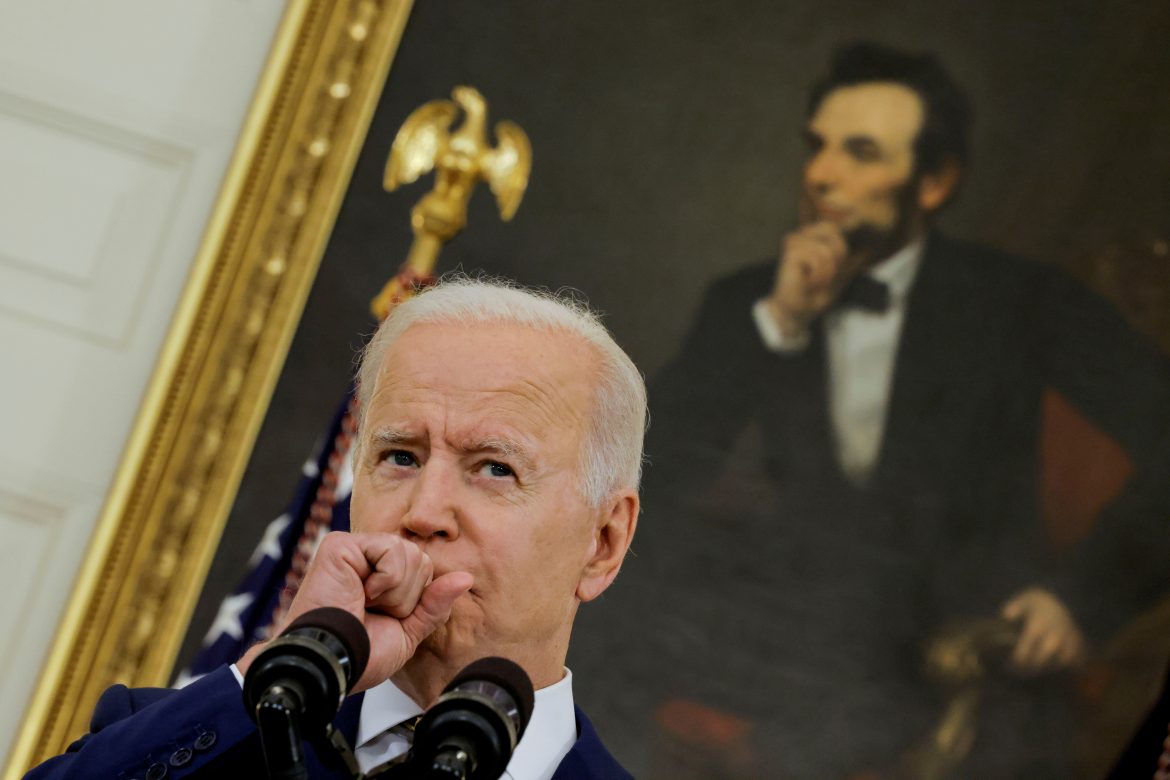 A bipartisan infrastructure plan costing a little over $1 trillion, only about a fourth of what President Joe Biden initially proposed, has been gaining support in the U.S. Senate, but disputes continued on Sunday over how it should be funded.

Biden told reporters last week that he will have a response to the plan as soon as Monday after reviewing it. Twenty-one of the 100 U.S. senators – including 11 Republicans, nine Democrats and one independent who caucuses with Democrats – are working on the framework to rebuild roads, bridges and other traditional infrastructure that sources said would cost $1.2 trillion over eight years.

“President Biden, if you want an infrastructure deal of a trillion dollars, it’s there for the taking. You just need to get involved and lead,” one of the 21 senators, Republican Senator Lindsey Graham, said on Fox News Sunday.

Biden, seeking to fuel growth after the pandemic and address income inequality, had initially proposed about $4 trillion be spent on a broader definition of infrastructure, including fighting climate change and providing care for children and the elderly.

But the White House trimmed the offer to about $1.7 trillion in talks with senators in a bid to win Republican support which will be needed for any plan to get the 60 votes normally required to advance legislation in the Senate.

Senate Budget Committee Chairman Bernie Sanders, who is working up a far more ambitious infrastructure blueprint of $6 trillion, panned as “bad ideas” some of the revenue-raising provisions the bipartisan group discussed, such as indexing the gas tax to inflation. On CNN’s “State of the Union” and NBC’s “Meet the Press” on Sunday, Sanders was unclear about whether he could support the bipartisan plan if those were removed.

“If it is regressive taxation, you know, raising the gas tax or a fee on electric vehicles, or the privatization of infrastructure, no I wouldn’t support it. But we don’t have the details right now,” Sanders, an independent who caucuses with Democrats, told NBC.

The White House also has resisted indexing the gas tax to inflation, saying it won’t raise taxes on people making less than $400,000 a year.

Senator Rob Portman, the lead Republican working on the bipartisan plan, said Sunday that the gas tax indexing provision might not survive, but then the administration will “need to come forward with some other ideas (for raising revenue) without raising taxes.”

Portman charged that the $6 trillion package Sanders is assembling would require “the largest tax increase in American history” to fund it. Sanders wants massive outlays on climate change, healthcare and prescription drugs.

Senate Majority Leader Chuck Schumer said on Sunday that Democrats would push to include dental, hearing and vision coverage in Medicare, the healthcare program for the elderly, as part of Sanders’ plan. Speaking in New York, Schumer also said the plan would undo some of former President Donald Trump’s tax cuts for the wealthy and corporations.

Graham also denounced Sanders’ $6 trillion idea, saying it would be “more money than we spent to win World War Two” and would get pushback from every Republican.

Facing such opposition, Sanders’ approach would have to be advanced under a special “reconciliation” procedure that allows Senate passage by a simple majority, which the Democrats may have if none of their senators oppose it. Democrats say they are working on two infrastructure “tracks” simultaneously – the bipartisan bill and the reconciliation measure.